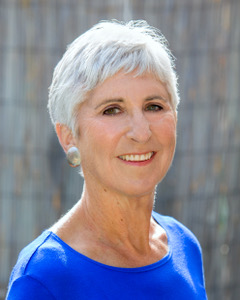 What is Finding Venerable Mother about and why did write it?

My life has been a spiritual journey that took on new dimensions when I moved with my husband and teenage son to Bangkok, Thailand for three years in 2005. Early on I met my teacher, Venerable Dhammananda Bhikkhuni, the first fully ordained Thai Theravada nun⎯an encounter that opened my heart and changed me forever. This deepening relationship led to writing my memoir, Finding Venerable Mother: A Daughters Spiritual Quest to Thailand, which chronicles my adventures along the spiritual path.

Initially, the book didn’t start off as a memoir; I intended for it to be a biography about Dhammananda. However, once I began writing, my perspective shifted and it became more about my spiritual relationship to my teacher rather than the story of her life. I still want to write a book about Venerable Dhammananda to be able to share her wisdom with others. In fact, I am in the process of writing a second book about her now.

Finding Venerable Mother follows your journey to Thailand with your husband and son where you found yourself immersed in Thai Culture. What were some of the challenges? Joys? And, how did that effect your relationship with your son?

In the beginning it was difficult to figure out what I wanted to do. It is customary for ex-pats to hire domestic help, which we did. The woman we hired, Durga, was incredible. She was my eyes and ears in a country I didn’t understand. She spoke five languages including fluent Thai and English. The whole family came to rely on her. Once Durga was settled into her routine, she became the caretaker of our family in terms of cooking and cleaning, jobs that had previously fallen to me. I felt kind of lost for a while, having relinquished my former role and responsibilities. In addition, I had to have major back surgery for a chronic problem, and spent three months recovering. Durga was there to take care of me.

Over time I healed, and adjusted to having so much free time. It’s quite a privileged lifestyle living abroad, and everyone in our family enjoyed the advantages of frequent travel throughout Southeast Asia. Also, I met Dhammananda and began to spend more time at the Temple. As our relationship developed we became very close, like mother and daughter. She loved me unconditionally, which helped me to heal from an emotionally fraught relationship with my own mother. I will say more about that later.

In terms of my son, it was a life changing experience to live in a foreign culture. He started venturing out on his own with friends in Bangkok on weekends when he was fourteen. That was quite common for ex-pat kids. The longer we lived abroad, the more confident he became. Of course, he was still a teenager so I managed a lot of his activities, but I would say we both grew from the experience and he managed to gain a degree of independence while we lived abroad. I may not have granted him the same independence had we still been living in the US.

Did you experience any serendipity or synchronicity in your journey? 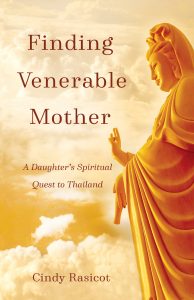 I love this question. I experienced serendipity throughout my journey. I recently read The Four Sacred Secrets by Preethaji and Krishnaji. Preethaji gave a very good definition of serendipity. She said, “Synchronicities are meaningful coincidences.” Throughout my time in Thailand, I felt led by an invisible force that seemed to lure me on. When I signed up for the conference and first heard Dhammananda speak⎯that was synchronicity at work. I can’t explain why these things kept happening, but I simply followed along and was guided by such a powerful and loving force.

You wrote about forgiveness. What advice would you give to someone who has difficulty loving his or herself?

I can only speak about my own experience here. During the three years I lived in Thailand, I bonded with Dhammananda. Compassion and loving kindness flowed from every cell of her being; I just soaked it up. Through her love and unconditional acceptance, I was able to accept myself. She showed me a path to healing. For me it was important to heal the relationship with my mother before I could begin to love myself.

With Dhammananda’s love, the anger and blame I felt for my mother for so long, dissolved, and my heart opened into a greater acceptance of both my mother and myself. For those interested in learning more about self-compassion and forgiveness, I recommend the author Kristen Neff who writes about self-compassion.

Do you agree that writing can be a spiritual practice? If so, how?

Another great question. I do believe writing can be a spiritual practice, one in which we feel connected on a deeper level to ourselves and others. When I am really connected to my heart, the words seem to flow from a place deep inside me. I know when I am experiencing this, because there is a universal wisdom in what I want to say. To access this place, I have to be really peaceful and centered; my mind can’t be going in a million directions. Meditation is a great way to open and connect with our essential being.

Please feel free to contact me at www.cindyrasicot.com. My book will be published on May 12th and I will be making several public appearances around the country. The details are listed on my website. Thank you so much for the opportunity to share my experiences with you today.