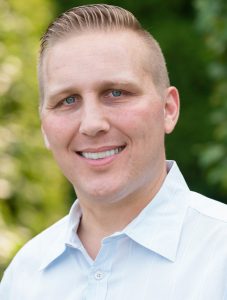 Spiritual Media Blog is a blog that features guest posts, reviews, interviews, and articles about spirituality, psychology, and inspirational entertainment.

Dr. Matthew Welsh J.D., Ph.D. is the founder of Spiritual Media Blog. After graduating from law school Dr. Welsh created Spiritual Media Blog to be a source of inspirational content, media, and entertainment. He began his career in Hollywood working for an entertainment agency, the William Morris Agency, and then as a trial lawyer for the Department of Child Services in Indiana. He realized that he was not happy working as a lawyer. So, he quit his job as a lawyer to pursue his calling to become a psychologist and obtained his PhD in Psychology. He now works as a full-time clinical psychologist.

Dr. Welsh has presented inspirational lectures on how to create a meaningful career to venues across the country including the San Diego Convention Center, international not-for-profit organization Dress For Success, and the University of Notre Dame. He is the author of The Bottom Line, a novel about a young man in college learning how to overcome the male ego. He has also appeared in film as a featured guest for the Spiritual Cinema Circle DVD club, alongside Stephen Simon, Academy Award winning producer of What Dreams May Come. His podcast has featured conversations with thought-leaders including Neale Donald Walsch, Arielle Ford, and William Arntz (Director of What the Bleep Do We Know?).

Further, Dr. Welsh has been interviewed by numerous media outlets. Below are links to some of his recent interviews:

Interview with Building a Conscious Society on PTSD, Spirituality, and Perfectionism

Interview with Keri Mangis on Authenticity, Dr. Welsh’s Career Change, and How Gender Differences are Related to Spiritual Growth

Interview with Michael Tymn on Exploring the Psychology-Spirituality Link

Interview with Tracking Happiness on Dr. Welsh’s journey from an unhappy lawyer to a happy clinical psychologist