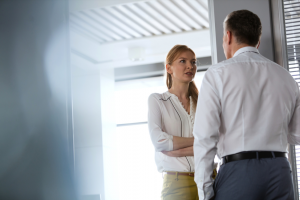 Dr. John Gottman and his wife Dr. Julie Schwartz-Gottman found that 4 behaviors in romantic relationships are associated with romantic failure and divorce. They researched how couples interacted with each other and managed conflict. In seven longitudinal studies, they could predict whether a couple would divorce with an average of 90% accuracy based on whether they demonstrated the 4 behaviors described below.

Contempt is essentially disdain or disgust for another person or coming from a position of superiority. An example of contempt may be something as simple as a look of disgust on a partner’s face during an argument or saying something that expresses general frustration for the partner as a whole. For example, sneering or eye rolling in disgust at a partner is a form of contempt. This is considered the worst out of all 4 negative behavior patterns associated with divorce.

Criticism is stating one’s complaints as a defect in one partner’s personality. For example
calling the other person names or insulting them or saying to them “You always talk about yourself. You are so selfish.”

Defensiveness is self-protection in the form of righteous indignation or innocent victimhood.
It includes trying to defend or explain your behavior rather than trying to listen to the other person or blaming the other person. For example, saying “It’s not my fault that you are always late. It’s your fault.”

Additionally, one way to avoid these behaviors is to use I feel and I need statements during an argument.

For example, instead of telling your partner, “you are being so mean right now and you are always mean to me”, you can rephrase that by saying:

“I feel like I am being attacked and hurt right now. I need you to speak to me with more kindness”.

For more information about the Gottman’s research you can visit:

Learning these new skills, understanding why these behaviors exist in the first place, and finding alternative behaviors to help save your relationship takes time and practice. Couples counseling is a possible solution to help give you extra support in working through these issues. If you are interesting in the cost and benefits of couples counseling, you can learn more at https://www.regain.us/advice/counseling/comparing-couples-counseling-cost-and-benefits/