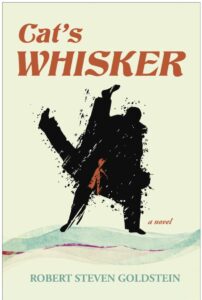 When I first experimented with walking meditation, years ago, I was already experienced in seated silent meditation, and I expected that my ability to empty my mind of thought, and achieve a mystical sensibility, would be reasonably consistent no matter where I walked, as long as the area was relatively free of distraction, and presented no dangers for Sapphire.

But that has proven not to be the case.

I habitually do not achieve the state I seek until I am in an area surrounded by dense foliage. In fact, when I walk in these areas of bountiful plant life, and experience a mystical sensibility, I feel as if I am somehow sharing in a spiritual consciousness that is already abundantly filling the space around me, emanating directly from the trees, bushes, and plants. I merely need to become an empty vessel and allow that consciousness to stream into my being.

For years, I was convinced that this syndrome was a product of my imagination, some sort of learned response to specific environmental cues.

I no longer think so.

My repressed suspicion that plants actually exude consciousness is now, remarkably, fodder for scientific inquiry. I recently came across several articles addressing an emerging area of scientific inquiry termed “plant neurobiology.” I have since done a good deal of research on current thinking on this topic.

Many scientists are still appalled by any suggestion of plant intelligence, much less plant consciousness. These individuals particularly despise the term “plant neurobiology” calling it oxymoronic, because plants have no neurons, and certainly no brains.

However, scientists defending the concept of “plant neurobiology” counter that it would be most evolutionarily unwise for plants to have developed brains. Plants, as stationary beings, are designed so that parts of them can be eaten or destroyed without compromising the essence of the being. In fact, in some cases, plants multiply most effectively when animals eat their fruit and later excrete seeds in distant areas. It would make sense that any sort of intelligence in plants would be distributed throughout the organism, perhaps on the cellular level. (Even humans and animals have certain behaviors and responses that are triggered on the cellular, rather than the neurological level.)

The array of experiments demonstrating plant consciousness is compelling. It has long been known that in a forest, if a single tree is attacked by some sort of disease and begins to produce antibodies to ward off the invader, other trees in the forest will begin producing similar antibodies in anticipation of a similar strike. Researchers have affectionately termed the communication network of trees the “wood-wide-web.”

But recent experiments suggest that plants actually employ the same senses possessed by humans and animals, and may even have sensory capabilities beyond those. Moreover, plants can process and respond intelligently to the sensory input they garner.

Plants can see or otherwise sense objects around them. Close observation shows that when tree roots must change their growth direction to circumvent rocks under the ground, the roots make the decision to alter their course quite a ways prior to coming into contact with the rock.

And researchers have observed that bean plants, seeking a pole to climb along as they grow, do not just wait until they happen to bump into one—they identify and move toward one in the distance. But how do they see it? Some scientists believe that a form of echo location, based upon tiny “grunts” made by expanding cells, is the means they use, much in the way that bats and dolphins, and even some blind humans, have been known to navigate.

Perhaps most compelling was an experiment proving that plants can “remember.” There is a plant sometimes referred to as a “sensitive mimosa” because surrounding leaves curl up if a single leaf is touched. This appears to be a defense mechanism to protect the delicate foliage from predators. The leaves react similarly if a potted version of the plant is dropped—apparently the plant can sense that it is falling, because the leaves contract prior to the plant hitting the ground.

A researcher created a device that allowed potted sensitive mimosa plants to begin to fall, but caught them prior to impact, so the plants never actually hit the ground. The machine repeated this motion every five seconds.

It did not take the plants long to realize that the falls were always aborted. In response, the plants stopped curling their leaves in anticipation of impact with the ground. This in itself is quite remarkable, because one of the classic measurements of animal intelligence is a creature’s ability to override its instinctual programming when doing so makes sense. Here, a plant demonstrated that precise ability.

But even more remarkable was the fact that these plants “remembered” that curling their leaves in anticipation of falling was not necessary, as much as a month later! That is a longer period of time than was noted in some animals whose memories were tested in similar situations. The leaves of these plants still recoiled when the sensitive mimosas were touched, or shaken, or threatened in other ways. Somehow, these plants could differentiate the sensation of falling from other potentially injurious stimuli, and react accordingly.

Do plants feel compassion or a responsibility to care for their young? It is well known that plants ingest sunlight, and need it to survive. It has recently been discovered that baby trees, shaded from needed sunlight in areas of dense foliage, are nourished by nearby “mother trees” through their adjoining root systems, until the babies are tall enough to garner sunlight on their own. The term “mother trees” is not gratuitous— further studies indicated that the mature trees accurately differentiated between nearby baby trees that were direct relatives and those that weren’t—they fed their own progeny more robustly.

Even among scientists willing to ascribe some degree of intelligence to plants, many still bristle at the thought of referring to plants as “conscious.” Yet, these experiments clearly demonstrate that while perhaps not “self-conscious,” plants appear to be “conscious” of things around them and of their own existence within their immediate space. There are varying definitions of “consciousness”—according to some of those definitions, plants most definitely qualify.

The older I grow, the more baffled and saddened I am by the increasing hostility toward science exhibited by so many Americans, often based upon their religious beliefs. In many parts of our country, the percentage of people who reject even a scientific principle so basic as evolution, is persistently expanding.

The more I learn about new scientific discoveries, as in the case of these recent findings on plant consciousness, the more it seems to me that science and spirituality are perfectly compatible aspects of the same truth.

And when I meditate now in the mornings on my hikes with Sapphire, I gratefully share in the mystical consciousness of the flora among which I walk.

(This is an edited excerpt from my novel CAT’S WHISKER, which will be published on October 26, 2021.)