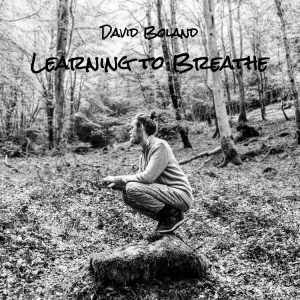 I used to write about sad things more often than I do now. That’s what a lot of my musical influences were doing, so it seemed like a good idea. Anger, animosity & self pitying aren’t exactly things that I want to have in my life, so it made sense to start singing about stuff that I do care for and want in my life, such as love, kindness & compassion.

That’s not to say I’ll never write a sad song again; sometimes I do, when it feels good.

I recently released an album called “Learning to Breathe”. It’s been largely inspired by my efforts to develop more peace and presence in my life. Running around and trying to do things all the time doesn’t feel good. So I’ve tried to tone it down. It’s not easy, but I’m getting better at it. The songs are written for myself mostly, and that also means they’re written for everybody; because we all share the characteristic of being human.

Some days, I feel like I’ve figured it out but then a second later I might feel stuck again. That’s part of the process. Everything’s changing constantly, and I don’t get so down on myself for being “stuck” anymore. Instead I’ll say something like “Oh David, you’re sad again. Good for you! Let’s see how long that lasts.”

With the writing and release of this album, I feel like I’ve got more clarity on my role in this life. A lot of people have found healing in my songs, which is the best outcome I could hope for.