There are many different kinds of “free” things out there in the marketing world, but more often than not, consumers are sceptical of anything that claims to be free. While on occasion some things absolutely do give you something for nothing, many more will not follow through on their claims.

“Free” is such a powerful word though regardless, drawing us in like moths to a flame. We all want the product or item, suddenly, even if earlier we did not. Depending on how it’s used, it can be irresistible. We just have to use rational thought to recognize all the techniques that are used.

The reasons behind free samples of things are often simple. Lure people in with something great, and they’ll keep coming back for more. People mill around the sample stands at the grocery store with good reason, and these samples often fly out, which is a mark of success. 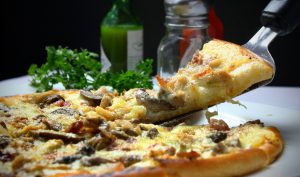 Costco gets it. Yes, they’re a retailer, not a restaurant, but they know that people love food, and so free food is even better. They offer so many samples in store that some people have actually even taken their dates there (probably not recommended…).

However, for the average shopper looking from stall to stall, this is enough to attract them through the door, keep them loyal to the brand, and crucially, keep them actually buying things because they trust the brand enough, as The Atlantic reports.

Look, some companies genuinely have a great brand, and they’re so confident in it that they’re happy to give it away. Leading companies like Netflix, which has 100 million subscribers worldwide), start everyone who signs up with a free trial, which then goes on to a low monthly fee.

They aren’t alone. Leisure space isn’t just occupied by binge watching series – obviously, gaming is popular, too. Casino sites often offer players opportunities to play for free, with absolutely no obligation to pay anything. This style of free gift isn’t uncommon, although you can’t win real money when using such options. Online casinos like Betway will give players free game options for blackjack and roulette tables as well as slots, so that they can learn the ropes at no cost, and just have a bit of fun without pressure. On the part of the brands, these work because they allow players to sample the offerings, in a similar way to how Amazon Prime gives buyers a free 30-day trial, giving people a month of free play of their movies, TV shows, Kindle downloads and next-day delivery.

If you’re more competitive though, other online gaming freebies include a free monetary amount matched when you deposit a sum to begin with – this gives you something tangible to play for, keeps you coming back for more, and encourages loyalty.

Many companies like to give you free things – but only if you spend, first. Now, this isn’t strictly unethical or bad, especially if you were going to be spending your hard-earned cash anyway. Make-up brand Sephora is especially known for this, and operates a loyalty scheme on a points basis. The more you visit the store, the more you get the freebies. 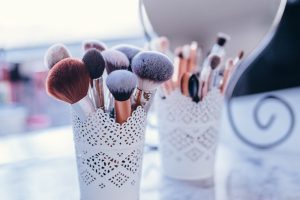 Of course, whether or not you really would have bought anything initially sometimes remains to be seen. The threshold for getting a free gift is often pretty high, meaning that you do have to part with a lot of cash just to get something for “nothing”. It’s nice to have a reward if you were planning to do some shopping, but the risk is that many wouldn’t have, and spend a fair bit more just to get something free.

Companies are well aware of this psychological aspect – why do you think free shipping for online shopping has become such a big thing? Spend over a certain amount, and you don’t have to pay for it, which just encourages you to put more and more into your basket. It increases order value, minimises cart abandonment, and increases overall revenue. For example, on Free Shipping Day in 2015, sales increased by over 21% according to Commerce Hub.

Then, there are some who simply want to give things away because they want to make space in their house, or perhaps do something nice for charity. This in turn brings good karma – whether you believe in this in the conventional sense or not.

This tends to be done outside of the brand-consumer relationship, although that’s not to say companies can’t learn for this. In today’s climate, people want more ethical companies, with 92% of millennials leading the way.

What Does Free Really Mean To You?

Try to trust. Free doesn’t mean that something is valueless, but sometimes, it has people lacking in trust. We get suspicious, but we shouldn’t be. Get to know your own mind, as this will help. Really reflect on what is being offered to you. Would you have wanted it if it wasn’t free? Does this matter in this case – for example, are you obligated once you try the sample? What do you want from something free, anyway?

Remember though, if companies wanted to be cruel or heartless, it would be really easy for them to do so. Ask all the right questions like the “whys” and whether there’s a hidden catch, but if there’s not, just go for it. As they say, never look a gift horse in the mouth.