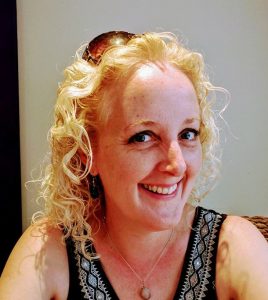 The main character in ‘The Point of Me’, James, is a young man who has been diagnosed with a terminal illness. As well as facing his own mortality, he also has to cope with his family, who are falling apart under the strain. When James meets Marcham, a mystical beast who takes him on a series of powerful spiritual journeys, he begins to understand the meaning of life, death and family.

So, on the face of it the book is about a teenager coming to terms with death. But don’t let that put you off! It is actually a very uplifting story! The point of it is not the fact that death is inevitable, but that the manner in which we choose to live our lives, and especially so when the prospect of death looms closer (and in James’ case abnormally early on in his young life) is the most important point of being alive.

The book is heavily influenced and inspired by the worlds of Shamanism and Spiritual Healing. I’ve tried to weave elements of these belief structures into what I hope is a compelling message of how a life full of empathy, love and acceptance will be a good life and provide a meaningful death. The story also features some fantastically magical trips into wonderful spiritual planes – I promise it is not a depressing story!

Why did I write it? Well, believe it or not the seed of this book took root because I was told during a Soul-Purpose-Meditation session that I would write about unicorns! (this is not a spoiler by the way as the book cover probably gives away the nature of the mystical beast contained within!). Well, I have to admit that I was rather put-out at the idea of writing about the typical ‘rainbow and glitter’ imagery of unicorns! I returned home and whilst moaning to my husband about this, he asked “Well if you were going to write about a unicorn, what would your unicorn be like….?”. Five minutes later on a piece of A3 paper I had the whole outline of ‘The Point of Me’ mapped out. Indeed, my unicorn is a darker, earthier and deeply elemental creature compared to the more usual depiction of these magical beasts.

I wrote this book knowing that I wanted it to be full of both light and shade. I wanted to explore how in the midst of the most terrible, darkest moments of a person’s life they might find the greatest light and peace, together with an acceptance of why, as spiritual splinters of the creator’s light we are sent to experience a human existence upon a giant rock spinning through the cosmos!

I wanted to explore how a family might react to such a terrible scenario; how the terror of early-death would test each of the family’s souls. Who would be the ‘winners’ and ‘losers’ in the ultimate emotional-challenge? It is my first book – so I thought I’d ease myself in slowly with an easy topic… hmmmm!

That is a tough question! Well firstly, I have to be really clear that I am definitely not a bereavement counsellor, or any kind of counsellor at all! I’m just a novelist. I didn’t set out to write a ‘self-help’ book. I wanted first and foremost to tell a captivating story, reflecting aspects of my spiritual understanding.

However, I do think that the book has a lot to say to people who are struggling with a terminal illness or who have family members who are doing so. Certain characters– such as Marcham, Lyra and Bereza –have a lot to say. Because throughout the story they have many very important messages for James. Their message is that we should stop struggling. Persist and hold firm, fight even. But don’t struggle. Lean in to it. Accept it.

It takes the whole arc of the story for James to really understand these messages though and to accept them as the only option he has.

Firstly, I would totally acknowledge their free-will and free-choice to take this viewpoint. I claim no expertise on this, I’m just an average-joe myself, and I fear death just as much as the next person and have also been known to rail vehemently at the unfairness of life – and indeed death.

The book however does challenge that point of view – James is challenged to confront his anger and his feelings of injustice – the internal cries of ‘why me!’. He is angry and terribly fearful about his diagnosis and the prospect of ‘being no more’. He also feels acutely guilty – because he feels personally responsible for putting his family through such pain and trauma.

At a certain point in the book James asks “… what will have been the point of me…?” (that’s why the book has the title it has) and he goes on to ask “…Why was I even worth the bother of existing?” These are questions that all of us face, in moments of despair and confusion. Let alone when we’re staring down the metaphorical barrel at our own deaths, such as James is.

The character in the book that James asks this question of does give him an answer to his queries, an answer that makes a few pennies drop for him and after which James feels more at peace. I won’t give away the details of answer that was given to James. Suffice to say that it is a pivotal passage in the whole story.

Once again, I’d have to acknowledge that person’s free-will and free-choice!

I think most people would consider that someone who is dying and who has this attitude would consider them to be incredibly brave and admirable. My feeling is that in order to have achieved that point of acceptance about their future death, the person has probably been through a tortuous and complicated emotional journey. And whilst they might welcome the release for themselves, they must surely worry for those they are leaving behind.

Nobody’s emotional and spiritual growth is on a straight line. It will always be a circular, complex and challenging journey for even the wisest and oldest of souls on the planet. This cyclical turmoil is certainly true for James, in the story. He doubts his sanity throughout the book and is in constant tumult. James has to deal with the tension he feels between the dutiful demands of the ‘real-world’ and the enticing peace offered by the spiritual journeys he experiences. The powerful spiritual beings he encounters are deeply alluring for James at a soul-level. He wants desperately to believe the messages he is being shown, whilst always worrying that what he is experiencing might just be mere hallucinations and imaginings of a fearful and panicked mind.

Writing this book has been an absolute joy – a realisation of a long-held ambition. To explore powerful spiritual themes and ideas. To play with language and description and turn ideas that have been hastily scribbled onto an A3 piece of paper, into fully-formed characters – proper people! – that has been very lovely. 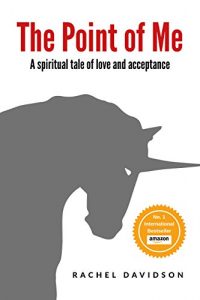 I have also had the chance to explore my own fears around death and my own belief and value systems. I in no way claim to have any or all of the answers because of this! But, I do recognise how useful the time I have taken to consider and develop the story’s spiritual themes have built my own spiritual awareness and for that process alone I am deeply grateful.

Well, I would just like to mention that I am beginning to write a new story – one that I hope will take a number of characters featured in ‘The Point of Me’ forward so that I can explore how they react to the outcome of the first book.

If ‘The Point of Me’ was mainly about exploring how to face death, I want the next book to explore how to face life. If people want to find out more about this new book then they can register their email on my website (www.racheldavidsonauthor.com), follow me on Twitter (@Rachel_Author) or like and follow my Facebook Page (https://www.facebook.com/RachelDavidsonAuthor)

Thank you for asking me such probing questions and allowing me to talk about my book, ‘The Point of Me’.