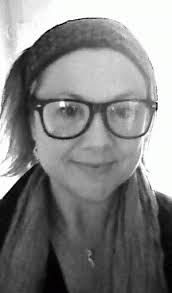 In January 1998, I was injured in an accident, sustaining life threatening multiple injuries. During the many months of healing and recovery that followed, I often felt that my life had been cataclysmically shattered and that I would never feel happy or at peace again. But now, seventeen years on, I see the accident as the best thing that ever happened to me. It was a catalyst for a series of changes and life events, amazing and excruciating in equal measure, that stand out as turning points in a life-transforming journey.

There are two facts inextricably bound up with all this that I should mention at the outset. The first is that in 1978 my father chose to become a Catholic priest, omitting to tell anyone arranging his ordination that he’d just separated from my mother and had a one-month old baby daughter (me). He embarked on a plan to keep me a secret, which he still tries to uphold to this day. The second fact is that directly after the accident, while still ‘unconscious’, I had what has become known as a near-death experience. I am very aware of how much scepticism surrounds the reporting of near-death experiences, or NDEs as I’ll call them from now on, and in writing my account I am in no way seeking to prove the true nature or validity of them. I am just hoping to share my story as truthfully and accurately as possible. I now see that these two facts, my father’s actions and my NDE, are interconnected and I hope to deepen my understanding of how and why this is through the process of writing, while also sharing my experience as I now realise there are people out there who have been through a similar thing and might benefit from knowing they are not alone.

During the darkest times, other people’s accounts of how NDEs had transformed their lives often kept me going and gave me hope. I would now like to add to that literature, and if my book helps just one person in a similar way I’ll be very happy. The most inspirational NDE account I’ve read and one that has massively helped me have the courage to speak up has been Anita Moorjani’s, in her book Dying To Be Me: My Journey from Cancer, to Near Death, to True Healing. Her words helped me find the courage to start writing my book, although in some ways the idea of it being published is terrifying, not least because my mother and I have received veiled threats over the years from my father, warning us not to upset his web of secrecy, or “great losses will result”.

I have always found the conflict between the civilised and rational letters from Catholic priests known to me at odds with the actuality of their behaviour. I am hoping that by including many of the letters in my book, Dying to be Free, the true nature of the situation will come to the fore. Having been handed snippets of information throughout my life, and at times being given letters from people involved years after they were written, so that the emotions they evoke in me do not occur at the time of the described actions, it makes a coherent timeline of events and reactions sometimes hard to envisage. Therefore I feel my perception and the true nature of everything that happened from my conception to now is blurred and has gaps. I am hoping that by using the letters I have been given from my father, senior priests and a cardinal as primary source information, they will act as building blocks for me to piece together the rest of the years as accurately as possible. 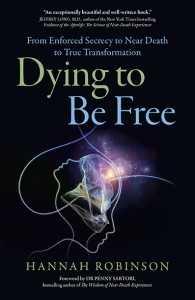 I have no wish to hurt anyone through my writing or to produce a sensational exposé so will change all relevant names, not because I’m protecting my father and the Catholic Church but because I want to write the book from a place of love that studies all actions to gain understanding and not revenge. That said, I feel very strongly that I no longer want to be silenced and that it is the right time to explore and be honest about my own life without censor.

Hannah Robinson was born in London and now lives in Buckinghamshire. UK. She gained a Masters degree from the Courtauld Institute of Art, London, before teaching art in secondary schools for twelve years. She is deeply interested in spirituality and consciousness and supports Coping International, an organisation set up to help the children of Catholic priests.