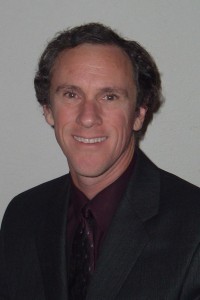 I popped the pink pill into my mouth and waited for the expected feelings of ecstasy. No, the pill wasn’t the drug XTC, but rather a legal and safe alternative. Then I put on my trans-cranial stimulation device, known as “The Thync,” and waited to see what happened. Wow! After five minutes, it felt like my brain was flooding me with endorphins. Finally, I placed the scalp stimulator known as the Tingler on my head. When I did this, an orgasmic wave of intense pleasure rippled through my entire body. After a few minutes of this euphoria, I took off the devices and went about my day. Having just been catapulted into sweet ecstasy, my day became both incredibly productive and happy.

This is not a future scenario. This is how I like to start my mornings. Nowadays, there are new and improved ways to feel good-even ecstatic-that most people don’t know anything about. In an age when depression is rampant and dangerous drug use is epidemic, amazing new ways to feel peaceful, euphoric, and just plain happy are popping up all over the place. However, people miss out on these amazing methods because they simply don’t know about them. From safe drugs to “happy apps,” to high tech brain stimulation devices, a whole new world of ways to feel good is blossoming.

We live in an age where everything is shifting and accelerating. Yet, most people still pursue an ancient path for finding happiness. Their formula for being happy is to try to control all the external events and people in their lives to be exactly the way they want. This is a tiresome activity at best, and there are always some events and people that we can’t control. However, there is a new model for finding more joy and peace of mind: find it within your self. Of course, this is a not a new idea. Everyone from the Buddha to Jesus has said that heaven can be found within, but now there are cutting edge and more efficient ways to tap into this magical inner kingdom.

About a year ago I was invited to talk to Google employees about “The Future of Happiness.” I described new ways to control their minds and emotions that were more effective than trying to be happy by controlling all the events in their life. The reaction was intense. Everyone wanted to know what some of these innovative ways to “hack happiness” were, and how they could get them. That led me to write a book on the subject.

In my research I learned that different things work for different people. For example, there are a lot of supplements known as “cognitive enhancers” that can dramatically increase your focus, energy, and mood. Yet, you have to try out many of them in order to find the one or two that really rock your world. I also learned that people define happiness in unique ways. Some people want a gadget that increases their pleasure, while other folks want a tool that improves their relationships or makes them feel totally peaceful.

As with all technologies, “inner” tech keeps getting better. In fact, some of them are so good that it’s possible to get addicted to them. Ultimately, one has to discern whether a given gadget is truly a friend that helps them find the joy within–or is just another WMD-Widget of Mass Distraction. Since there are many tools that do different things, there’s no simple answer as to whether something is beneficial to you. 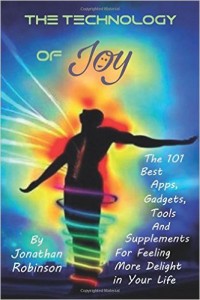 For example, people become addicted and dependent on coffee. Yet, on the other hand, caffeine can prevent many types of cancer, and helps people feel good and be productive. So, is coffee a “good” thing? It’s up to you to decide…In my own case, I decide if a specific technology is truly my friend by asking myself two questions. First I ask myself, “Does this tool lead me to being dependent on it?” It’s always better when technology acts like “training wheels” on a bike-meaning
that the tool exists so that you can eventually do without it. If instead a gadget fosters a sense of dependence, then that’s a warning sign it may ultimately not be worth it.

The second question is, “Does this technology help teach me how to better connect with a sense of peace, love, or joy within?” Even the Dalai Lama has reportedly said that if there were a pill that duplicated Buddha’s awakening, he would take it immediately and prescribe it for all living beings. If a tool helps me learn how to get to a more peaceful, loving place more efficiently, I think that’s a good thing.

It’s hard to say exactly what the future holds, though Steve Jobs was seemingly pretty good at predicting it. In 1972 I had the unusual opportunity to be in a computer class with Steve Jobs. Of course, at the time he was just a nerdy teen and I was four years his junior. He and I would vie to play Tic-tac-toe on a 500 pound “computer” that our High School had recently purchased. Steve was obsessed with this machine. One day I asked Steve why he was so fixated on this refrigerator sized computer. He turned to me and said in an intense manner, “Don’t you see? This machine is going to change everything! It’s going to change the world!”

It turns out Steve Jobs was right. Well, nowadays it may not seem like the latest brain supplement, neuro-stimulator, or mood enhancing app is going to change the world, but technology has a way of discreetly slipping into our lives. This “technology of joy” will only accelerate until the entire way we pursue happiness is transformed in the next few years. I’ve seen that when people try out enough of these new gadgets, apps, and supplements, they inevitably find something that feels good–and is even good for them. When that happens, their lives are never the same.

Jonathan Robinson is a psychotherapist and the author of The Technology of Joy: The 101 Best Apps, Gadgets, Tools and Supplements for Feeling More Delight in Your Life