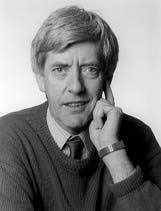 My Selected Letters reflect the development of my Universalism. This new philosophy grew on me gradually through the 1980s. I found myself on a Mystic Way after the bewildering awakening in Japan in 1965, following an experience of being taken to meditate in a Zen temple in Tokyo. I glimpsed the inner Light that would be with me on and off for the rest of my life. I wrote in my Diaries:

All morning I have been filled with a round white light: I cannot see it, except occasionally when I glimpse it and am dazzled, but I know it is there. It is like a white sun. This is, I suppose, what Christians refer to as the soul – the centre of the self. And the mystical experience is given meaning by the relation between the centre and the sun, so that everything is one.

I observed that it was not the universe that had changed, but my self and my perception of it “so that it [the universe] now seems more harmonious”.

I found myself undergoing a centre-shift from my rational, social ego to my deeper self, and from then on I was on a pathway that had happened to me rather than being consciously chosen. Six years later, after inner purgation and a period when I saw everything more intensely than usual, I experienced a full illumination on 10 September 1971. For an hour and a half I was flooded with Light. I wrote in my Diaries:

It came in me: a tree, white against black inside me, a bare winter tree of white fire, flowing, rippling as if in water…. And more. A centre of light shining down as if from a great height, rays coming down like rocket blasts or fireworks. Then a white flower like a chrysanthemum (detailed cells). And so much more…. A sun, breaking through cloud (a moon?). Stars. And a fountain of white light. Patterns like my mandala. And I was behind my chest – in my heart – lying down, breathing slowly and deeply with half-closed eyes, near sleep as at Worthing when I had two visions…. When I sat up I felt… refreshed, turned inside out, and wobbly at the knees…. A painting with ‘God sitting on a throne’…. It was dark, my window was open. The clock ticked. Some traffic roared. I fell on my knees in the dark, hands clasped and there was a white point, then a circle of light that went deep deep up into the heavens. I said, ‘I surrender’, and the light moved and changed till I felt exhausted…. I want to push it away now, forget about it and have a drink in The Bunch of Grapes. I feel relaxed. After all my seeking, I have found my heart, my centre, my soul, I have found my white light. I feel exhausted but blissfully happy. Full of love…. A round blob, sometimes like a jellyfish, sometimes like a celestial curtain blown in a wind – the aurora borealis in Marvels of the Universe. That is what I have found. Feel too limp and exhausted to write any more. Or to communicate my weary jubilation.

I began to interpret:

Me and my Flowing Light. Nothing else. Everyone has it…. I was like a child that does not know it can walk until it has been told it can…, until it has been taught…. I am quite drunk with it. So wobbly on my knees. Drunk with love. Can’t take any more now. Too tired. At great peace.

In other words, I was living through my deeper self, my core, which sees the unity of things. The rational, social ego is useful for seeing differences and making distinctions, but the spiritual core, a deeper centre of consciousness known in meditation, reconciles opposites and differences within an underlying unity that includes all pairs of opposites. Day and night, peace and war, life and death, time and eternity, the finite and the infinite are all seen to be part of an underlying unity. This new way of looking is how our deeper self really sees the universe.

Universalism sees everything in relation to the oneness of the universe, the One. Mystics have seen the One as the metaphysical Fire or Light. Shelley wrote, “The One remains, the many change and pass.” St Augustine wrote in c.400, “I entered (within myself). I saw with the eye of my soul, above or beyond my mind, the Light Unchangeable.” Hildegarde of Bingen, who died in 1179, wrote, “The Light which I see… is more brilliant than the sun.” Pascal called it the Fire, and wrote the date he saw it, Monday 23 November 1654, on parchment and sewed it into his doublet. My works record 112 experiences of the Fire or Light (all dated from diary entries at the time).

The key message in 60 years of letters about my works is that despite its many contradictions, the universe is a Oneness, that all humankind is fundamentally a oneness and that all disciplines (including literature, philosophy, history and international politics) are individually a oneness and have to be seen as a whole and are collectively interconnected within a Oneness.

In my Selected Letters I write about seven disciplines: mysticism (seeing the Fire or Light as the universal mystical experience, seeing the unity of the universe); literature (seeing the fundamental theme of world literature as a quest for the One and as condemnation of follies and vices); philosophy and the sciences (seeing all humankind in relation to the One, the unity of the universe, and so challenging modern philosophy); history (seeing the underlying patterns of world history and of 25 civilisations as beginning with a mystic’s vision of the One, seeing all history as one, a whole); religion (seeing the Light as the common essence of all religions, which are therefore one); international politics and statecraft (seeing the benefits of a new democratic World State that can abolish war and solve all the world’s problems); and world cultures (seeing the underlying unity of world culture). All these disciplines are connected by the One they all approach.

These seven disciplines are interconnected like the seven bands of a rainbow: each band is separate yet is part of one rainbow, and behind them all is the Oneness that everyone can experience in their lives, a unity behind all the diversity the rational, social ego sees. My trademark is the stag on my coat of arms, the two seven-branched antlers: one antler representing the seven disciplines, the other antler representing the seven branches of literature in which I have written and worked (my main discipline).

In my literature I have explored this oneness (literary Universalism). I have written two epic poems on war and peace, Overlord (about the Second World War) and Armageddon (about the War on Terror). My subject matter has taken me across the Atlantic to America. I discussed Overlord with Ezra Pound, an American, in 1970. My heroes were Americans: Eisenhower and then Bush, my Aeneases (Aeneas being the hero of Virgil’s The Aeneid). In my current affairs I have written an American trilogy (The Secret Founding of America, The Secret American Dream and The Secret American Destiny). I owned Otley Hall in the UK for seven years, where the Jamestown voyage, which led to the founding of America in 1606/7, was planned. One of the letters is to President Clinton in 1997, and he did what the letter suggested and based the 400th anniversary of America’s founding, celebrated in 2007, on the Jamestown settlement. So I think of myself as a half-American writer. (One day someone may look into me as an American writer, and these two epics, currently available worldwide, may be republished by an American publisher with introductory essays drawing attention to the American angle in these works.)

Having written two long poetic epics on war I have concluded that nationalism leads to war. Whenever there is concentration on being a nation-state, war is not far off. The ultimate logic of Universalism, the oneness of all humankind, is to go for a peaceful supranationalism, a democratic World State for all humankind (political Universalism). After the dropping of the atomic bombs in 1945, Truman, Einstein, Churchill, Eisenhower, Gandhi, Russell, J.F. Kennedy and Gorbachev all called for a democratic partly-federal World State, and my political Universalism is in that tradition.

America can bring a World State in. In my history I have made a study of 25 civilisations and have seen them as going through 61 stages (in The Rise and Fall of Civilisations). I see America as being in stage 15, the stage the Roman Empire was in. All the other living civilisations are in stage 43 or 46. According to my study the youngest civilisation always triumphs over the older ones.

I have described a World State in three books: The World Government, World State and World Constitution. I have gone into considerable detail as to how a new World State would look. I envisage a Lower House, initially based in the General Assembly of the UN, a World Senate, and a democratically-elected world president. It would have enough federal authority to abolish war and enforce disarmament, combat famine, disease and poverty and solve the world’s financial, environmental and virological problems. We could do with a solution to the virus and climate change. We are ready for something like this now. All of us would like to bequeath a peaceful world to our children and grandchildren, and at the present time a democratic World State is the best way of achieving this.

To return to my Selected Letters, I have written about the unity of the universe in books on seven7 disciplines: on mysticism and comparative religion (The Fire and the Stones and The Light of Civilization); on philosophy (in The New Philosophy of Universalism, and before that in The Universe and the Light and The One and the Many); in history (in The Fire and the Stones and the Rise and Fall of Civilizations); in literature (in A New Philosophy of Literature, which details the fundamental theme of world literature as a quest for the One and also condemnation of follies and vices as in Horace and Pope, and in my works); and in world culture (in The Secret American Destiny). The back covers are all on my website, www.nicholashagger.com. My letters reflect all my 55 works, and I believe the many references to them throw considerable light on my total literary output.

The letters contain many new angles within disciplines and contemporary history, too many to list here, and many anecdotes along with ‘new takes’. There is something new on every page, and as bedtime reading (months of dipping) or a focus for reading groups there is much to absorb within the new way of looking at the universe, humankind, philosophy, history and world politics.

There is a long-established tradition of letters going back to Roman times. The poet Alexander Pope edited his own letters – my Selected Letters are in his tradition – and was followed by Wordsworth, Keats, T.E. Lawrence, Ezra Pound and Ted Hughes (one of my correspondents). My letters, besides throwing light on all aspects of my 55 books to date, throw much light on Universalism, its genesis and development, a way of looking and experiencing that can benefit the life-experience of many diligent readers and widen their grasp of what is happening in the world – and the universe.