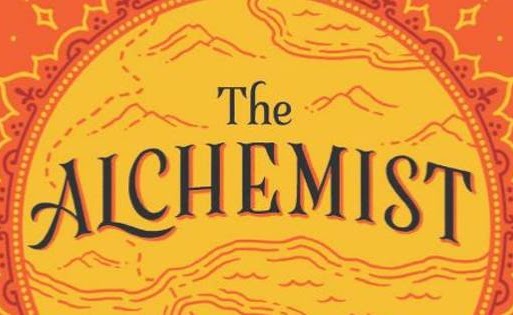 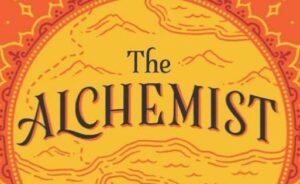 By Colm Holland. This post was originally published here and reprinted with permission.

The Alchemist by Paulo Coelho has held a prime position in my own life since I first read the manuscript almost 30 years ago. Like most fans of the book, my life has been directed by its central theme of transformation, where we can turn the lead of our lives into gold.

“The Alchemist was really my first literary love affair.” says Will Smith in the introduction to his latest movie trailer of the bestselling novel, The Alchemist by Paulo Coelho.

“The concept of Santiago having a dream, and risking everything to realise that dream, really just blasted my mind open.”

The movie, due for release sometime in 2022 is written and directed by Kevin Scott Frakes, founder of PalmStar Media, where he has produced over 40 films. His company acquired the movie rights to the book in 2016 and committed $5 million to the development of the screenplay.

You can imagine my excitement on hearing the news that The Alchemist movie was finally going to be produced, especially because I was part of the original publisher at HarperCollins back in 1993, where I decided it would be a global bestseller. I’ve told the story of my life changing encounter with Paulo Coelho and how we can all find the magic hidden within Paulo’s fable in my book The Secret of The Alchemist.

For all of us who love the original story the question we are asking is, “Will The Alchemist movie contain the same magic as the book?” Well, according to Kevin Frakes he believes it will be more than faithful to the mass soul-connecting appeal of the book.

Frakes says, “I realised that the book itself is a living breathing organism. It’s like a work of art. Two people can look at the same work of art and they can have completely different interpretations and they can be moved in different ways.”

“Whoever you are, you will be able to cheer and fear all along the road. The Alchemist is as perfect a hero’s journey that you can get in a story.” Smith declares and I agree.

So will they be able to use the medium of film to take us into the same dimension as our imagination enters when we read the book?

Smith continues, “There’s a magical power to being in the actual environment of the story. The actors and the crew actually get to experience the travel that the characters in the story experience and it opens their minds and it adds to the creative activity. “ It’s being filmed in Morocco, in the high Atlas mountains of north Africa and the Rift mountains of east Africa.

Add to this list of movie giants the three times Academy Award nominee editor Steven Rosenblum (Blood Diamond, Braveheart and The Last Samurai), two times Academy Award winning special effects supervisor Neil Corbould (Gravity and Gladiator) and you have a team about as good as it gets.

The actors are all either rising stars or established greats such as Sebastian De Souza as Santiago (from BAFTA and multi-award winning BBC series Normal People), the multi-nominated Tom Hollander as the Englishman (Pride and Prejudice and Gosford Park), and we’re guessing Will Smith is playing the character of the alchemist.

Will is certainly highly motivated to make this movie as big a hit as the book, “It’s not unreasonable to say that The Alchemist is my individual favourite book of all time. It’s the most impactful piece of literature that I’ve ever experienced.”

Frakes knows this book has been read and re-read countless times by hundreds of millions of people across the globe in over 70 languages and the expectation those readers will have of his movie. “We want to do right by them”, he says. “We really want to make sure we’re authentic; we’re true to the story, true to the themes and we truly make this a ‘four-quadrant’ international event movie!”

“Everyday I get more excited about the movie coming to fruition and I can not wait to share it with an entirely new audience around the world.” Smith concludes. “The Alchemist is fire! You wanna be down! I’m telling you – you wanna be down!”

I personally wish the production team every omen and blessing as they bring this noble venture to fruition – as Paulo says in The Alchemist,

“….when you want something, all the universe conspires in helping you to achieve it.’

Go here to find more about my companion book The Secret of The Alchemist – https://www.amazon.com/Secret-Alchemist-Uncovering-Coelhos-Bestselling/dp/1789044340/ref=tmm_pap_swatch_0?_encoding=UTF8&qid=1625042925&sr=8-1