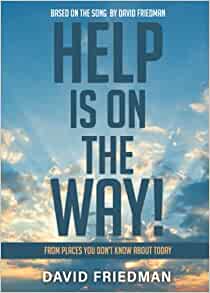 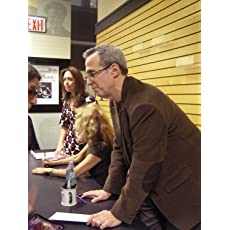 Based on the Song “Help is on the Way”

Words and music by David Friedman

DON’T GIVE UP YOUR DREAM

(Even though you may be thinking it never will come true)

This story was told to me by my friend and mentor Edwene Gaines, author of the classic prosperity book, The Four Spiritual Laws of Prosperity.

In line with her stated intention to “Be one hundred percent responsible for the prosperity consciousness of planet Earth,” Edwene travels the country, and indeed the world, preaching, teaching and leading workshops on her prosperity principles.

In one of her workshops, Edwene asked each participant to think about what their greatest goal, their biggest dream, their deepest desire would be, and write it down.

One woman, we’ll call her Gloria, refused to do it saying, “My dream is so impossible and unimaginable considering where my life is today, it would be ridiculous to ever think it could happen.

When Edwene pressed Gloria to write it down, whether she believed it could happen or not, Gloria said, “Look. My dream is to see all the sights of the world I’ve never seen, The Pyramids, The Great Opera Houses of Europe, Paris, The Ruins of Rome, to travel first class and wear beautiful clothes, and right now I work as a part-time employee in a discount department store. How insane would I have to be to think that all this could possibly happen?”

Edwene told her, “Honey, write it down anyway.” And finally, she did.

A number of years later, from “out of the blue,” Gloria contacted Edwene and told her the following story:

About six months after the workshop, Gloria had the thought, “I don’t belong working at a part-time job in a discount department store. I don’t know what I’m supposed to be doing, but I do know it’s not this.” And so, following her instinct without any sense of what might happen next, she quit her job.

Having left work for the last time, she went to a diner, and on the table, someone had left a newspaper that happened to be opened to the Want Ads. Thinking, “Maybe I’d better start looking to see what’s out there in terms of a job,” Gloria picked up the paper and noticed that there was an ad that was circled. It simply said, “Personal assistant wanted.”

She thought to herself, “I can do that” and she took the paper home and called the number in the ad.

A woman answered and told her that she was in her eighties and had been married to a wealthy man who had spent all his time working, they had no children, and although she certainly had all the money she could desire, she’d never been anywhere. Now that her husband had died, she was looking for a younger companion with whom she could travel the world and see all the sights she’d never seen. The companion could pick the places she wanted to visit, the woman would provide the first class travel, hotels and appropriately beautiful clothing.

The two of them met and hit it off, Gloria got the “job,” and they spent the next year and a half traveling the world in style, seeing all the places Gloria, and her “employer,” had dreamed of seeing.

At a certain point, the woman became too ill to travel, and Gloria went back home with her and cared for her until her death. And the woman, having no children of her own, left Gloria her fortune.

Help is on the Way from places we don’t know about today.

Maybe we should start writing down our wildest dreams.

This is an often told Buddhist parable, but for me, it can never be told too often and is always worth retelling.

A poor farmer is surprised one day when a beautiful horse appears on his farm from out of nowhere. He thinks to himself, “How wonderful that this horse has shown up. I needed a horse and now one has come to me.” This is good!

And the wise Buddhist says, “Maybe Good, Maybe Not.”

The next day, the farmer’s son is riding on the horse and falls off and breaks his leg. And the farmer says, “How terrible that this horse came so that my son should break his leg.” This is bad!

And the wise Buddhist says, “Maybe bad, maybe not.”

The next day, the army conscription officer comes to town to round up all the young men and send them off to war. He doesn’t take the farmer’s son because he has a broken leg. And the poor farmer says, “Oh, how wonderful that that horse came so that my son could break his leg and not have to go to the army.” This is good!

And the wise Buddhist says……………

Nothing is intrinsically good or bad. Everything, anything, can be on the path to things that you desire or things that you don’t. And that path never ends. We never “arrive.” There is no good and bad, it’s all in how we hold it.