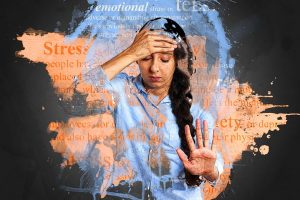 One of the most widespread mental health problems is depression (Dowd, 2004, p 414).  According to a study conducted by Kessler, Chiu, Demler and Waters that tracked nine thousand two hundred eight-two English speaking respondents 18 years and older over from 2001 to 2003, the twelve-month prevalence of the U.S. adult population estimate for major depressive disorder is 6.7 percent.  (Kessler, Chiu, Demler & Waters, 2005).  The lifetime prevalence for major depressive disorder of the U.S. adult population is estimated to be at 16.7 % (Kessler, Berglund, Demler, Jin, Merikangas, Walters, 2005, p. 595).  Since depression is such a common mental health illness, it is important for a person to understand how to recognize symptoms of depression, be familiar with common tools used to assess depression, and also be aware of the relationship between symptoms of depression and risk factors for suicide.

A Major Depressive Episode occurs when a person experiences either a depressed mood or loss of interest or pleasure in addition to at least five of the following symptoms during the same two week period while having a change in previous functioning: (1) depressed, sad or empty mood for nearly the whole day, which may be self-reported or observed by others.  For children and adolescents, this may be an irritable mood; (2) significant decrease in interest or pleasure in nearly all or all activities most of the day, which may self-reported or observed by others; (3) major change in body weight; (4) sleeping too much or too little; (5) agitation in physical motor skills for most of the day, which may be self-reported or observed by others; (6) decrease in energy for most days; (7) feeling worthless or excessive guilt; (8) trouble thinking, concentrating or making decisions; (9) continuing to think about death, ideas for suicide or planning for suicide.  These symptoms must cause a major change or impairment to social, occupational, or other important areas of life.  Additionally, the symptoms are not be accounted for because of physiological effects of a drug, medication, medical condition, or grieving the death of a loved one (American Psychiatric Association, 2000).

One of the most common instruments used to determine whether a person has depression and how severe it is the Beck Depression Inventory (BDI) (Dowd, 2004, 418).  The Beck Depression Inventory has 21 questions designed to reveal attitudes and symptoms commonly demonstrated by depressed patients (Dowd, 2004, 418). The BDI was created by clinical observations about the symptoms and attitudes shown by depressed psychiatric patients (Steer, Beck, Garrison). The BDI began as an assessment tool for psychiatric samples, but now is used to screen depression in normal adults (Steer, Beck, Garrison).

There are many reasons why the BDI is frequently used to measure depression such as its reliability and validity. It appears to be valid and reliable regardless of the population it is administered to (McPherson, Martin 2010 p 28).  For example, McPherson and Martin found that the BDI was effective method for assessing depression in an alcohol-dependent population (McPherson, Martin 2010 p 28).  Additionally, it can used to determine whether depression has gotten better or worse over a period of time such as differences between each counseling sessions (McPherson, Martin 2010 p 28) (Dowd, 418).  Another indication of the strength, widespread use and effectiveness of the BDI is that other clinicians, researchers and practitioner use the BDI as a comparison for other assessment tools (Steer, Beck, Garrison).

Mental health professionals can be confident that the BDI and BDI-II score will be consistent and that it does measure whether or not someone is depressed and the severity of their depression for a wide variety of populations (McPherson, Martin 2010 p 28).   For example, according to the BDI-II manual, the alpha estimates for the instrument regarding internal consistency in adult clinical and nonclinical samples are high at greater than or equal to .90 (Osman, Kopper & Barrios,  2004 p. 121).  Similarly, scores on the BDI-II showed a distinction between adolescents who did and did not meet the DSM-IV requirements for a major depressive disorder indicating the instrument is likely valid and is an accurate measurement of depression (Osman, Kopper & Barrios, 2004 p. 121).

One reason determining which assessment tool to use to screen for depression is a major concern for schools, hospitals and counselors is because depression is a risk factor for suicide ideation and behavior (Stoep, Adrian, McCauley, Crowell, Stone & Flynn, 2011 p. 325). The risk that a person with major depression is about 20 times more likely than the general population (American Association of Suicidology). About 2/3 of people who commit suicide are depressed at the time of their death (AAS) Additionally, scores on the BDI-II correspond to measures of suicide risk (Osman, Kopper & Barrios,  2004 p. 130). The BDI-II manual suggests that suicide ideation should be assessed when screening for depression severity (Osman, Kopper & Barrios,  2004 p. 128). Similarily, Osman, Kopper & Barrios research in a study that included mostly Caucasian inpatient youth showed that depression severity was strongly related to hopelessness and suicide ideation (Osman, Kopper & Barrios,  2004 p. 130). Longitudinal studies have also shown that mood disorders indicate future risks of suicide (Stoep, Adrian, McCauley, Crowell, Stone & Flynn, 2011 p. 316).

In order to effectively prevent suicide, it is important to identify those who are at risk (Stoep, Adrian, McCauley, Crowell, Stone & Flynn, 2011 p. 316). If people do not get adequate treatment for their depression, they increase the chances of higher rates of recurrent episodes and suicide. (American Association of Suicidology). Additionally, having more than one episode of depression puts someone at a greater risk of suicide than someone who has only had one episode of depression (American Association of Suicidology).  Knowing the symptoms of depression can help you take action to manage them and get the help you need to recover from depression.