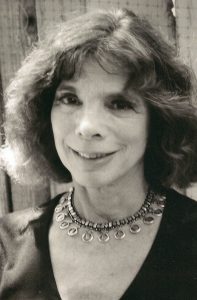 Below is a Q&A with Maria Espinosa, author of Suburban Souls.

What led you to write Suburban Souls?

My own experience of a breakdown and stay in a mental institution many years ago when I was nineteen. I felt so isolated in my perceptions of the world.  My sense of self was crushed.

The psychiatrist, D.R. Laing, has written that lack of validation of one’s perceptions can cause a person to believe herself insane.  I experienced this within my own family. When you say the sky is blue, and others say, you’re crazy, the sky is red, it can cause you to doubt your perceptions.  This is what I experienced. I felt torn, not trusting my own perceptions, which resulted in a loss in how to navigate either world.

What helped you to trust your own perceptions again?

What helped me, ironically, was my belonging to a group of young girls who, like myself, were in the mental institution.  Like me, they had been wounded, although in many different ways. I saw them as basically sane. Society had labeled them “crazy” or “neurotic”. Society was not okay with their perceptions. Their essential sense of self had been fractured by others.

Why did you choose to write about a family of Holocaust survivors?

I have known numerous Jewish survivors of the Holocaust. (Half of them seem to have landed in the San Francisco Bay Area!) I saw memories that haunted them and which in turn were internalized and left its marks on many of their children. What is poignant in the family I depicted was the lack of communication and the isolation that each member felt. (This is true not only of these Holocaust survivors but for so many families in the world!)

Do you believe that one can shed the horrors of the Holocaust or other tragedies?

Memories of the Holocaust, I think, embed themselves in survivors’ chromosomes or bodily cells.

One can heal and function. However, I believe that the memory, not only of individual trauma, but the sense that an entire culture would like to annihilate you, embeds itself in psychic memory and transmits to future generations.

Is being spiritual or religious essential for survivors of the Holocaust or any other tragedy?

Atheism, agnosticism, or a subscriber to a purely existentialist philosophy are also spiritual decisions.  I think that following a spiritual or religious tradition as well as holding a deeply spiritual faith in something beyond ourselves certainly can help enormously and give the individual increased inner strength.

Why did you choose a suburban setting?

I recalled my mother’s world in a Long Island suburb and I realized how isolated she had felt during my childhood, despite her friendships with other mothers from the cooperative nursery school.  My father, a sculptor, rode the Long Island Railroad each morning into Manhattan where he worked in his studio, met with fellow artists, gallery owners—and women who caught his fancy.  He would come home in the late afternoon whistling as he walked –or he might return late. During those early years my mother remained alone with small children—two toddlers and a problematic daughter (me).

Our house was the largest and oldest on the block. Our neighbors were working-class or professionals who, nonetheless, belonged to an entirely different world from hers. She and my father were cosmopolitan New Yorkers, friends with artists, intellectuals.  She had attended a Swiss boarding school before Bryn Mawr.  She felt little in common with her neighbors.

The friends that she and my father eventually made among the Nursery School parents were, like them, transplants, young families who had moved to this rather small Irish-Italian working class suburb as a temporary place in which to raise their children in the aftermath of World War II.   They had no familial roots in our suburb, no extended families here, and almost all of them would leave once their children were adult.

One of your main characters is psychic.  Do you have experience going to psychics and have you found them helpful?

In the Seventies I had a housemate who was a professional psychic.  In some ways she truly was psychic, but wishful thinking and her own neediness for love of a particular man clouded her perceptiveness. She had her frailties, her flaws, and at the same time she had true psychic insights. She was extremely sensitive to other people’s energies and to the vibrations of the atmosphere around her.

I have gone to psychics and have listened to them with varying degrees of skepticism. I, myself, have had psychic flashes, several of which were life-saving. They were especially strong in my teens and early twenties.

Your main character longs for freedom from her marriage and children. Do you feel that all women may have these secret feelings?

I feel that many – although not all – women harbor secret longings for freedom from the monotony of housekeeping and child rearing as well as the shackles of a partner. My mother did. Feelings she quite freely expressed to me. I am sure that men also experience this to varying degrees. The burdens—financial and emotional – that being head of a family entail.

These feelings become more intense I think within the nest of the nuclear family, bereft of the support of an extended family and community so that a heavier load is placed on both husband and wife in which one person is required to fulfill the needs of a another which, in more extended families and in less isolated communities, a number of individuals may fulfill.

What kinds of pressure or liberation did your characters experience in the S.F. Bay Area in the 1970s? Did this come from your own personal experience?

The late 1960s and the 1970s brought a new kind of social freedom. Along with this freedom came choices that caused conflict.  I think that the options of expanded sexual freedom was especially hard on women, putting on them the pressure to engage more freely in sex without commitment, while a double standard persisted.

Social pressures to engage in mind-expanding substances and other drugs, for freedom of individual as well as sexual freedom, put strains on many marriages and households, where the stability of the family was sacrificed to the idea of individuality.

At the same time, widespread interest in psychedelics and other mind-altering substances led to an interest in a deeper, more grounded search for enlightenment through meditation.

The Seventies were a bold era. Hope was in the air.

What led you to begin writing?

The craziness at home. At times my family—parents, maternal grandparents—seemed to live in a miasma of alternate reality.  I began writing in a journal to maintain my sanity.

Your writing is noted for precision and clarity. You say that you write many drafts.

My mother, gave great importance to the exact nuances of words.  When I read high school papers to her, she was harsh in judgment if the wording was not precise. French novelist Flaubert wrote that style is character.  Words have significance that spirals outward that can contain a shamanic kind of power. This my mother sensed.

You wrote poetry before you wrote fiction. Why did you shift?

I could not begin to express the fullness of perceptions, emotions, and thoughts in poetry.

Have you considered other forms of artistic expression? 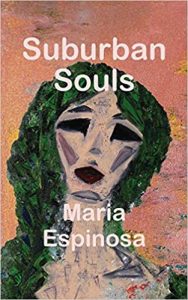 Yes.  Dance especially.  In dance, I am able to express through my body a dimension that does not transform into words. I am also drawn to painting and music. However, writing compels me with a sense of urgency, a karmic sense that this is what I was born to do.  My father was a sculptor, my mother a poet, and my younger brother is a musician.

Does a common thread run through all your novels, although the stories differ?

Yes, a Jewish theme runs through all of them—even in my first novel, Dark Plums.  Also constant is the search for love.

Both Longing and Dying Unfinished are autobiographical fiction. Incognito:  Journey of a Secret Jew recounts one man’s life as a hidden Jew during the time of the Spanish Inquisition.  I imagine it as a story of my ancestors. Suburban Souls tells the story of a family scarred by the Holocaust, as my ancestors might have been.

Throughout the novels—with the possible exception of Incognito – is a woman’s search for a fantasized father figure or lover.

You describe Longing and Dying Unfinished as autobiographical novels. What about Suburban Souls?

In a sense, everything a person writes is autobiographical even the most fantastic science fiction, as it emerges from primal emotions and from the writer’s unique vision of the world.  I identify with all my characters as well as with minor ones. Through writing I explore who they are and deepen my compassion for them—as well as for myself.