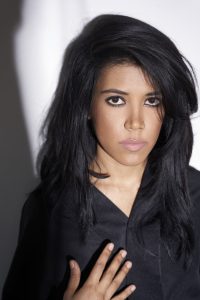 Asking questions is how I learn to understand something. Sometimes, this means asking difficult questions.

Trying to understand this world is both fascinating and confusing. For one, I noticed that people tend to create “boxes” of other people. We categorize and sort people like a mental filing system. It is somehow the easiest way to understand them, especially in societies that are very multicultural, which is fast becoming more commonplace.

The “boxes” that exist in our society divide us by our skin color, language, race, tradition, religion, and so on. However, these boxes limit us from being who we are and from knowing someone for who they truly are. They divide us. In my song “Tell Me”, I ask the questions: Are we our name? Our face? Our traditions? Our tribe?

Who are we, really?

We have all heard of the saying “divide and conquer”. Something that is usually said by someone who wants to dominate and control a group of people. And guess what? None of us want to be conquered. None of us want to lose our freedom. Deep down inside, we all want to live our truth and be true to our identities as human beings.

I feel extremely devastated when I hear stories of people who love each other but are unable to be together due to differences of race and religion. Families object to their love. Cultural pressures force them to separate. Societies ostracize them. In some countries, there are even laws that force people to convert into another religion in order to marry someone they love.

Why do people hate each other because of their differences in religious beliefs?

Why do people hurt each other due to the color of their skin?

This is the reason why I composed “Tell Me”. It was a song that could not wait any longer. The message had to come out now.

To those of you who may not know, my song “Tell Me” was actually originally written in Malay and was called “Katakanlah”. I composed this song because people in my homeland, Malaysia, were fighting over the use of the word “God” in Arabic. Witnessing my people fighting over the “correct” God and which religion is better, made me ask the question: what if it is all the same God?

During these times of polarization, the global pandemic, and political unrest, let’s eliminate these boxes and develop an inclusive mindset. It’s more important than ever for us to unite as human beings regardless of our skin color, religion, race, gender or sexual orientation.

At the end of the day, there is only one race: the human race.