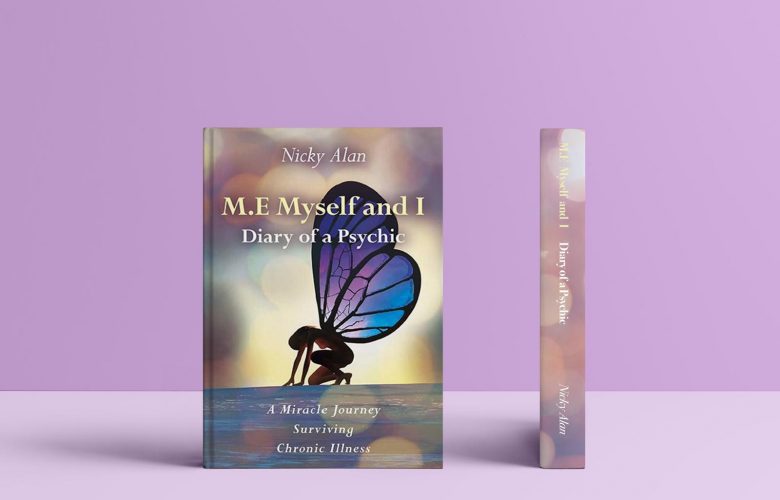 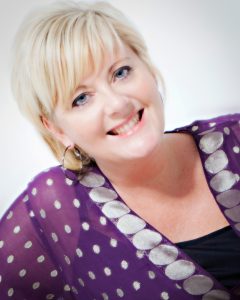 My dad was driving down the road and stopped to look at me. He said, “I’m ok Nicola, don’t worry!” and put his thumb up. Not too much to report there, I hear you say, but the fact was my dad had died in a road accident two days before. I was nine years old and reeling as to why my family had told me he had died when I was seeing him in the flesh right in front of me. When I got home I raged at them for lying to me. It was then that my grandfather pulled me aside and told me that I was special and that I could see things that others couldn’t.

I was taking on the legacy before me. Generations of psychic, mediums and healers lined my paternal side of my family, where seventh sons of seventh sons were prominent. Dreaming of things that happened the following day, dreaming of flying to different countries and talking to strangers I thought was totally natural as a little girl. I didn’t realise how different I was.

I adored nature and wasn’t really interested in anything apart from wanting to be a police officer and riding ponies. My mum married a monster years later which led to me receiving an onslaught of physical and mental abuse. The ‘psychic’ side of me dissipated on a conscious level. It wasn’t until I looked back that I realise that the songs I heard being sung to me after a beating were the voices of the Seraphim, the oldest order of the angel realms bringing me comfort and strength. I pursued with a passion my vocation in life to be a Police Officer to escape the monsters wrath. Straight after school I joined the Police Cadet Core and then went on to become a Police Constable. I had always dreamed of being a Detective so it was no surprise that I worked my socks off to become a Major Investigation Detective at 26 years old.

My psychic skills made themselves known again when I was seventeen where I would do readings in the Police Academy canteen in the evenings for all of my friends. At 21 I was hit with the realisation that I had a huge responsibly on my hands. I was at a bar with some friends. A lady joined us and straight away I could see a murder taking place that she witnessed. She was scared to tell the truth to the police and held the guilt of not identifying the murderer. The murder victim had come to me to tell her to let it go, karma had been dealt and that she should move on. Her response was to sink to the floor and go into shock. It was apparent I needed some guidance!

I went to a local psychic fair, where a lady, Rose took me under her wing and taught me the basics of opening and closing my energy to the spirit world, when and how to deliver the messages and how to control my gift. Before I knew it I was doing readings in the evenings and catching criminals during the day. My psychic ability served me well. I remember fingerprinting a suspect who had burgled a house. I saw flashes of various houses that had been burgled as I held his hand. I spoke of them to the suspect who wrenched his hand away asking how I knew about these other burglaries as he had not been arrested for them. From that point on he refused to go near me.

I would always use my gift which led to finding missing people and ‘knowing’ where to be at exactly the right time in order that I caught a criminal in the act. The most difficult time was when I became a detective. My main role was as a Family Liaison Officer for rape and murder victim families. I would see the murder victims sitting by their families when I visited.

In one particular case, my visions led to amazing results. A woman had been killed, dumped and set alight. The husband was the main suspect but there was no evidence, he had a tight alibi. I started to get visions of a girl who was kissing the husband when I went to bed at night and it wasn’t his wife. On sifting through the evidence directed by my guide I found some notes which were made by this girl. When I saw her on an inquiry she was the one I had been seeing. On pushing her, she admitted that she was having an affair with the husband, she was only 15 and that she knew he had killed his wife to be with her.

I also started to get visions when I interviewed the nephew of the victim. This was particularly difficult as I was supposed to be a professional detective conducting a recorded interview for court when all I could see through his eyes was the victim being strangled and being rolled up in a carpet.

I had found the motive and the person who had got rid of his own auntie’s body.

The husband and the nephew were arrested and found guilty. It was a team effort but I knew without the 15 year old girl’s testament we were going to struggle.

In 2003 I was medically retired as I sustained an injury on duty saving someone’s life.

It was then that I was called to be a full time psychic. My house was full of spirit people calling my name, my partner at the time even used to hear it. Light bulbs would smash, things would fly across the room, a spirit baby would wail through the night until I gave in. I joined a circle and within months was on stage demonstrating my mediumship giving messages to the audience. The first being a man who drove off of a bridge on a motorcycle. He was the girl who I was talking to husband’s best friend. He named both of them, the pub he went into to say goodbye to her husband, the name of the bridge he drove off of and the fact that suicide still takes you to heaven despite people believing they go to some sort of purgatory.

From there my work as a spiritual ambassador rocketed. I taught and demonstrated my abilities throughout Europe, did many TV programmes, and wrote in all of the mainstream spiritual magazines. I was on fire and at the top of my industry.

On 23 January 2012, I dreamt that I would be in a road accident. Of course I didn’t know when and where so I got in the car as a passenger. I didn’t have long to wait. Later that day I was T boned by a young driver which led to me being bed bound for five years.

I lost my career, my home, my life, my friends, and my health. I dissolved into a dark abyss of severe chronic illness and depression.

I lost my faith and wanted to die every day just to end the pain, exhaustion and countless symptoms that come with M.E (Chronic Fatigue Syndrome) and Fibromyalgia.

It was in the darkest days that the angel realms, the spirit world and my guides started to kick my ass with a vengeance. The first ‘happening’ was my dad visiting me in full form telling me that I was going to have the hardest time of my life but would come out the other side the most happiest and abundant that I have ever been. I would also be working in a completely different way but it would take another five years.

The miracles were astounding. The visitations and guidance that were brought to me by the dead and the angel realms changed my perceptions, my health and my self-belief system. I was dragged through a spiritual boot camp that eradicated all of my demons from my past trauma and abuse.

They awakened me to a new way of being. They told me to write, so when I could I kept a journal. I believed in everything they said and did everything they told me to. When the time was right they told me to incorporate my diary into a memoir chronicling my journey from suicidal meltdown to harmony, peace and abundance. Amazingly the finished article, my book, M.E Myself and I; Diary of a Psychic was accepted by a publisher. I could now share my knowledge on how to bring people from the brink of despair to a contented and spiritual way of being. I was beyond thrilled and found a new way forward as a writer. I now live by the sea, have a beautiful home, a loving partner and am the happiest that I have ever been in my life. I have never felt so close to the Universe. The spirit world and angels are like permanent companions, whispering in my ear and showing me the way at every turn. 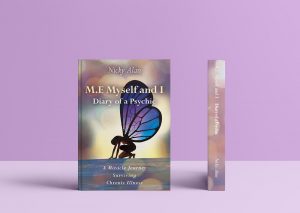 My new way of working is now through the power of the word and through online social media including my YouTube channel. It’s cool writing and filming in your PJ’s with a cup of tea! I may still have my condition, but I have surrendered, adapted and thrived. You can do it too. All you have to do is trust you are never alone on your earth journey. Despite what you believe, I know without a shadow of a doubt there are invisible forces watching us, guiding us, holding us and bringing us strength to endure.

By reading my journey, I know that you will realise that no matter what comes your way, someone, somewhere is holding you up and will never let you go x

UK based Nicky is a born psychic medium coming from many generations before her.  She officially started her psychic work 27 years ago. For eighteen years she was also a Major Investigation bereavement trained Police Detective who dealt with murder victim families and rape victims. She was medically retired in 2003 from an injury on duty and by public demand achieved a very high profile in the spiritual industry in 2005 to present day as a full time International TV psychic medium, writer and angel communicator.

Since 2003, she has been a freelance paranormal writer regularly published in mainstream spiritual magazines and has three columns, The Psychic Detective, Take a break’s Fate & Fortune, and Diary of a Psychic, Spirit and Destiny UK and Australia. She is also a resident writer in Haunted magazine.

She can currently be seen teaching and sharing her gift on her YouTube channel under Nicky Alan. She provides online PRISM LIVING spiritual learning courses.

She has also just finished her second book ‘You won’t leave me’ which is an ultimate guide to bereavement, recovery and spiritual reunion.

When she is not engaging in her passion to work you will find her walking her beloved dogs Ted and Mia on the beaches of South Devon.

M.E Myself and I: Diary of a Psychic is available to buy at Amazon, Barnes and Noble and at John Hunt Publishing.