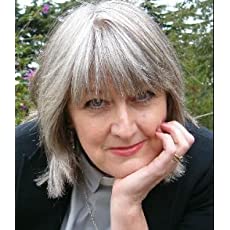 1.  What is Kabbalah and Healing: A Mystical Guide to Transforming the Four Pivotal Relationships for Health and Happiness about and why did you write it?

It’s basically everything I’ve learned about healing through nearly 30 years of studying this ancient Judaeo-Christian mysticism and then having to put it into effect with a diagnosis of a medically-incurable cancer. Six years on from diagnosis I am well and free of cancer so something has worked!

Because of my own struggles with faith – including being told by a hospital chaplain that my dying husband could not go to heaven because he was an atheist – I found out that if we don’t have a healthy relationship with the Divine, it’s much harder to heal at any level. A ‘healthy relationship’ can include being an atheist, by the way! It’s when we are anti-religion (no matter how justifiably) that we put up the blocks. I spent many years running an holistic magazine in the UK and more and more I realised that hidden resentments about God and religion played a big part in blocking Grace and prosperity in my life.

2. You write that for you, “it began with chronic lack of self-esteem which, in turn, led to many a humiliation, widowhood, shark attack, failed emigration, debt, divorce, shame, misery, hatred and what the doctors called an incurable illness which now no longer exists.” Where did the lack of self-esteem come from and what helped you heal from it?

From my mother, bless her. How could she teach me self-esteem when she had none herself? These things are small at the start – a casual dismissal or discounting – but become larger when fed by our wiring, our training and our beliefs. I was born in the 1950s when a woman’s place was still in the home and I was raised to become a wife, not a career woman. There was no encouragement or support to do well at school, nor to go to university or college. My brother, on the other hand, did well and became a lawyer.  I did rebel and became a journalist but I managed a lot of self-scuppering both at work and play because that’s what a lack of self-esteem does: it works to prove to you that you aren’t good enough. I only really became a journalist because I love to write so I wanted to be a features writer but, guess what? I never had the guts to ask for a transfer from news (where everyone did their training back in those days) to features.

I’ve done loads of work on self-esteem over the years – started with Louise L. Hay’s ‘You Can Heal Your Life’ back in 1990, a little while after Henry died and, once I had started, it became really clear how much I had scuppered my own potential successes and relationships by self-doubt. So from then, it was the slog of affirmations and finding teachers and actually getting down to the discipline of doing the work.

3. What advice would you have for other people who have a low self-worth and would like to improve their confidence and how they feel about themself?

I have two suggestions, firstly to start with a version of Louise Hay’s affirmation: “I love and approve of myself.” It’s hard to do at the beginning because the wiring for it simply isn’t in our brain but unless we actually install that mental software, we’ll rarely do the rest of the work that follows on. I still say that affirmation 100 times each day – and frequently more. After a while, it rewires the neural pathways in the brain so that we can take the next step. Usually the next step that I’d suggest is to make a list of all the aspects of yourself and all the things you’ve done that you are proud of. And if there aren’t any … even more reason to work with the affirmation. And it’s important to continue with the affirmation after it begins to work. Our egos are wired to resist change that may affect our relationships so it has a neat habit of making us ‘forget’ to do more inner work when it is starting to be effective.

4. Can you tell us a little more about the Kabbalah. For those who are unfamiliar with it, what are some of its teachings and how can it help us today?

It is a form of the perennial wisdom that underpins all true spiritual teachings. I love it because it has two diagrams on which the teachings hang – they are a loom or a skeleton of all the perennial teachings and they stop the work from being Chinese whispers. Most people regard Kabbalah as Jewish and it was kept safe within Judaism for many years but, in this crazy modern world, it is incredibly useful because it can help us make peace with religion by going back to the source and understanding the nature of our own souls. In a nutshell it’s the study of the relationship between the Divine, the Universe and humanity. We are at the end of a long spell of patriarchy (supported by all genders) and, to my utter delight, Kabbalah is a wonderful way to explore the balance of masculine and feminine, both in the Bible and the world. I use it to understand the spaces between the words in the Bible and it has taken me from a very angry anti-religion woman to a minister who adores teaching what the stories in the Book are really all about – and how to read them on four different levels.

5. You talk about getting in alignment with our finances, how can we do that other than traditional means of working hard at our job and saving more than we spend?

Money is purely energy. Nowadays, less than 2% of it is physically real; the rest is a series of agreements between computers. You can work as hard as you like but if you are filled with resentment against money and the people who have it, energetically you are repelling it. Kabbalah, for me, is really useful because it has helped me to re-understand all the teachings about money in the Bible (the total illusion that Jesus was poor for example, and St. Paul’s mistranslated writings). An experienced Kabbalist may not be millionaire but knows exactly how to manifest exactly what is needed when it is needed. Prosperity consciousness is about living lightly in the world but being able to draw what is wanted and needed without having to fight for it or with it. The way to heal our finances is always to heal our relationship with the idea of Worth. All the current conspiracy theories floating around are based on hatred for ‘the elite’ and the wealthy. The horrible irony of them is that they are powerful agents of poverty consciousness. Lucific truths are partial truths that use exactly the same level of energy as the entity or situation they are attacking. Therefore they keep the attacker powerless. 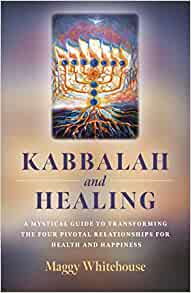 Money, being energy, is like air; there isn’t any lack of it; it’s the flow of it that matters. We can learn that flow and live happily and prosperously in it but first we have to learn what it is and dissolve our resentments towards it.

6. Did you experience any serendipity in journey? If so, how?

All the time! And I really mean that. A good translation of Romans 8:28 is ‘all things work together for good to those open to Grace.’ A quick example would be that my first husband had genital herpes. At the time I was a journalist so I knew that there was a vaccine being developed for all aspects of the herpes virus so I volunteered for the trial. I’d never even had chicken pox … but three weeks after having the vaccine, I contracted shingles. You’d say that was bad (and it was horrid) but while I still had the rash, I was held up by the army in Peru. They were looking for a drugs mule who had been in our shared taxi from Huancayo to Lima in Peru and who had got out and run away before their trucks pulled up. They put a gun to my head after looking through my bag with its aspirin and salves. I showed them the shingles rash and they backed off and got away from me as fast as possible… So it’s likely that the botched vaccine saved me from a time in jail in Peru and may even have saved my life.

Simpler examples are in simply asking for help when needed and watching carefully to see what or who shows up. And the classic shamanistic one is to realise that all the herbs you may need for your healing will already be growing in your environment (assuming, of course, that you have access to outside space). I could write a whole book on serendipity! __