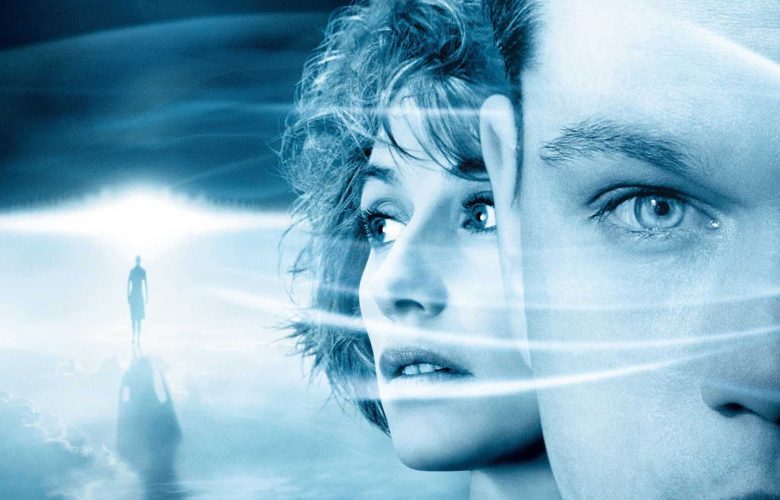 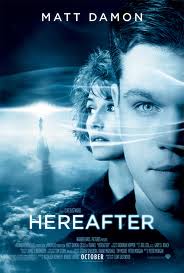 I went to the theater with high hopes and low expectations: A movie about the afterlife from mainstream Hollywood? How much could I expect? I loved the movie. It was almost more than I could have hoped for: a solid cast, brilliant director, and understated realism. Hereafter

didn’t fall into the sensational traps that make stories about the afterlife either ridiculously spooky or impossibly sentimental. It was, like its subject, real. The leading characters encounter the ridicule and rejection that seem to come up whenever the subject of life after death is broached. So the millions of family members, hospice workers, and ordinary individuals who experience such phenomena keep silent, just as Matt Damon’s protagonist in Clint Eastwood’s film did. They keep the secrets to themselves.

The astonishing thing is that we put up with this conspiracy of silence. The experiences of forgiveness, hope and healing that emerge from contact with the afterlife deserve to be shouted from the roof-tops. This is the good news we long to hear: My brother who has died forgives me from the Other Side; I can still say the things I need to articulate to someone I love who has passed on.… Our lives do not end with the death of the body. Why have we been keeping silent about these things?

I have a little theory that the conspiracy has been brewing for a long time. Yes, we are a materialistic culture whose system of consumerism depends to a great extent on fear and dissatisfaction to fuel the addiction for more. But there’s another thing that happened right around the Second World War. We baby boomers can remember. Our fathers didn’t talk about their war. They’d gone from the Great Depression to the Great War and when it was over and our nation was faced with a new future, the veterans and their generation wanted to create something entirely new. The Madmen of Madison Avenue, Donna Reid and My Three Sons…. They were on a fast elevator to a world with endless new gadgetry to bring ease and pleasure, and nobody wanted to look back to the sad days of depression and war. Who needed ancient customs and beliefs when the television gave us a magic reality of happiness and plenty?

What I’m driving at is that between the miracles of technology, newfound affluence and mass enculturation we lost something BIG. We lost the ability to relate to loss and see it through to the other side. In fearing that the grief would envelop us we lost the gift of healing into wholeness. We learned to compartmentalize. Death was the unspoken. Grief was hidden; the old and infirm were institutionalized. We could create eternal life and happiness right here in consumer heaven.

But we’re still not satisfied: that’s the thing. The remedies aren’t working. We’re still longing for our lost wholeness. All we need to do is to sit by the bedside of a dying friend or elderly relative and see, in the midst of the grieving, a special light, and a warm presence, to be reminded that there is really nothing to run away from so fast and furiously. Death, the Bogey Man, can be a portal into unspeakable wonders and unimaginable frontiers.

So I’m really on board with this new movie. I’m forgiving Clint Eastwood his formulaic ending because he’s given us back a vital piece of ourselves: the knowledge of the wonders that await us beyond this life. My only objection to Hereafter, the movie, is that it could go so much further. Maybe there will be a sequel – one that will draw from the thousands of stories and descriptions that have come from the Other Side. Those are the stories the world is hungry to hear. For those who’ve experienced communications from the afterlife there’s an endless fascination. Here’s the secret: the Holy Grail is right under our noses after all.

This article is a guest post written by Jane Smith Bernhardt. Jane is an artist, performer and writer. She is a graduate of the interfaith Guild for Spiritual Guidance. Her book, WE ARE HERE: Love Never Dies, chronicles an extraordinary period of three family deaths and many miracles of joy and forgiveness. This “Beyond Hereafter” piece was originally written for the ABC/Good Morning America spirituality web page. For more information see www.janebernhardt.com.