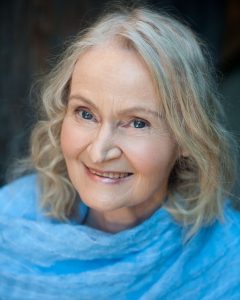 You chose to write about environmentalism, feminism, and resistance.  Is there a common theme between them?

Nature is mostly about cooperation and interconnectedness. Women understand this interdependence. Women know we’re in the web of life together; we’re not separate. We all rely on rivers and rain and grass and the water cycle; we rely on photosynthesis; we rely on insects. If the insects all died out, according to E.O.Wilson, we wouldn’t last more than a few months.

Environmentalism honors this truth, and women are in tune with interdependence, which is a fact of life. Women are interested in community, and so are trees: Suzanne Simard, a forest ecologist, has found that trees in a forest nurture the whole community, feed ailing trees, and take care of each other.

You lived in a tent for 20 years. What inspired you to do this? What was the experience like and what did you learn from it?

I didn’t start out thinking I was going to camp in the wilderness for 20 years—I started out camping in the summer, and it made me so happy, I kept doing it. I’m a writer and artist, and I found nature was my muse: I drew landscapes or wrote poems about rivers and animals.

I loved simplifying my life: all I had was my tent, my notebook, my binoculars, a sleeping bag, my canteen, my stove, some food. Contrary to what the culture tells us––that more stuff makes you happy—I found happiness in having almost no stuff.

Being in the wilderness was a relief because it took me away from my boring preoccupation with myself.  It gave me a sense of belonging, and it made feel connected to animals, trees, and stars.

And the wilderness is beautiful. Being surrounded by beauty—watching the stars blur in a lake night after night––made me tremendously happy.

There have been studies that show the benefits of living close to nature or spending time outdoors. Have you experienced these benefits personally and which stand out for you?

Spending time outdoors restores my sense of wonder and curiosity; allows me to slow down and feel grounded; reduces anxiety and worry; makes me creative and inspired; and allows me to live in the present much of the time. Nature is always authentic and real, and that’s a relief—it’s an antidote to meaningless chatter, superficial parties, and worries about pleasing the boss.

New studies show that trees and greenery can even encourage a longer lifespan. What are some of nature’s additional surprising benefits?

Kids with ADHD who play outdoors have milder symptoms. Pediatricians write prescriptions for kids to spend time in parks. Patients recovering from surgery heal more quickly if they can see trees.

I, myself, tend to get flustered and scattered. Nature makes me more centered, embodied, and relaxed. It’s the original meditation teacher. And I’ve had many encounters with animals that are comforting: once, after a loss, I was crying in the middle of a field and a chickadee landed on my shoulder; I felt better immediately.

Why do you think it’s especially important that your work has been published in this election year?

vote for anyone who has a great track record working on climate change issues. 2020 is going to be a year that could make a real difference for the climate.

How much can an individual do to help save our environment? Isn’t it mainly nations that have to lead the way to make great change?

Politicians tell us is they don’t hear from people about climate change. Well, now, hopefully, they will. It’s important to write senators and representatives about the environment.

Kids are increasingly leading the way against environmental destruction. Are they the key to protecting our planet?

I’m inspired by the Sunrise Movement, (an American youth-led political movement), by Greta Thunberg, and all the kids who are working on these issues. They’ve raised awareness about climate change and made a huge difference.  But we can’t leave it up to the kids. What I’m advocating is working on climate change the way one meditates.  Taking small steady actions on a regular basis. My mantra is action.  Every time I start complaining about what’s happening to the earth, every time I start worrying about the news, I stop talking and take action.

After earning $75,000 a year, a Princeton study shows that you don’t become happier if you make even more money.  What do you think about this?

I feel as if I’m witnessing a tragic mistake. It seems that oil barons and CEOS of corporations—the people who are cutting down forests and poisoning the rivers and oceans–– believe that making a trillion dollars rather than a billion dollars will make them happier. And it’s not true. The earth is being sold off and chopped down and burnt down and poisoned because of a misunderstanding––that more and more money brings happiness. 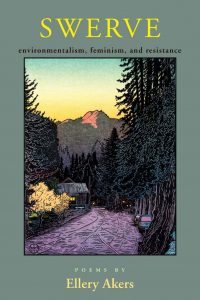 Why did you call your book SWERVE?

One thing we know from history is that there are sudden swerves. One day there’s the Berlin Wall. The next day, flowers and champagne. One day, apartheid. The next day, freedom for South Africa. One day, DDT. And then—thanks to one woman, Rachel Carson–– the Clean Air Act, The Clean Water Act, the Wilderness Act, the Endangered Species Act, the EPA, and the very concept of ecology. We don’t know what the future holds. In one of my poems, At Any Moment, There Could be a Swerve in a Different Direction, I mention a polluted Ohio river that was so toxic it caught fire. Yet suddenly, within a few years, it got cleaned up. We have turned things around before. We can turn things around again.

Do you feel you’re making a difference with your poetry and words?

Jung said that poetry carries the soul of the culture, and that’s because poets tell the truth.  My book speaks about the grief people feel about what’s happening to the earth—a grief that’s often unspoken and unrecognized––but leaves readers with a sense of hope.

What other unique ways can more of us contribute?

Finding one thing that calls to you and working on that can make a difference––something that uses your gifts, something that you enjoy. One of my neighbors is working on Reclaim Our Vote. Another friend is working on Stop the Money Pipeline.org, which aims to cut the roots out from under the fossil fuel industry by diminishing their investments. I think it’s important to pick one thing to focus on and do that with steadfastness. And don’t do it alone; find other people working on your project, and hang out with them. Otherwise, it can be overwhelming. Optimism and action are contagious.

What do you feel is the best way to convince people to take action?

People need to have hope to take action, and there is hope. We’ve had victories, and we can’t lose sight of those. Earth Justice, for instance, has done an amazing job protecting the environment.

What do you think is the most effective form of resistance?

To me, the most effective form of resistance this year is to get out the vote. We can vote for candidates endorsed by LCV—the League of Conservation Voters, who keep a scorecard about who’s who: who has a great conservation record, who’s working on climate change.

We can support groups like Reclaim Our Vote, Swing Left, Indivisible, and the Sunrise Movement. We can volunteer for the Sierra Club, 350.org, Clean Water Action, Stop the Money Pipeline.org. etc.

It’s been said that we only have ten years to beat climate change.  How does that make you feel?

Sometimes I get depressed and think, “Oh my god, we only have ten years! But then I think, Wow, we still have ten years to make a difference! What a time to be alive. I’d better get busy.”

Although physicist Stephen Hawking called this a dangerous time for our planet, you still believe in what Christiana Figueres, who helped broker the Paris agreement, calls relentless optimism. Why?

It’s clearly a dark time for the earth.  But we have come through dark times before and come out victorious. When I was in college, Rachel Carson was doing her great work.  I wasn’t an environmentalist back then—I was just worried about my exams and my boyfriend—but if I had been an environmentalist, I would have said that Rachel Carson’s ideas about DDT are great, but she’s never going to win.  Nobody’s going to ban DDT. The polluters and corporations are too strong. And I would have been wrong. Pessimism leads to apathy. What’s needed, I think, is a kind of relentless optimism, which translates into a calm, steadfast action, which is the only antidote to despair and the only antidote to the mess we are in. Everyone on the planet can make a huge difference with their life right now.