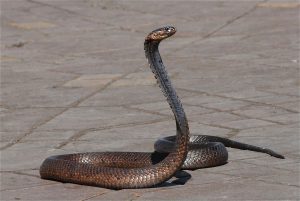 Did you ever dream of a Snake that seems like a reality? Then you are in the right place. Dreaming of a Snake is one of the most common yet petrifying dreams you will ever experience. Not only does the snake looks real but also its bite in the dream hurt like a real bite. A Snake dream is so horrifying that many people report experiencing sleep paralysis for a short duration.

But What Does a Dream of a Snake Means?

Dreaming about a Snake Bite

Getting a Snake Bite in Dream is one of the most painful dreams you will ever have. A Bite from the snake in the dream seems like a real bite, and in most cases, the pain can be felt even after waking up. Many people state that the pain of the bite can be felt for several hours after waking up. But How can it be possible and

What Does that Mean?

A bite from this wild reptile is a symbol of wake up call. It is a sign that you are ignoring something important in your waking life that needs your attention. The pain from the bite is to make you realize that something needs to be done. It can also mean that there is some poisonous person in your waking life that will try to harm you. Several events from the dream can mean different things. For instance, if the snake bites you and then die, then it is a symbol that your enemies will attempt to harm you but will fail miserably. If you are bitten and then die, then it is a sign that your enemies will be successful in harming you. 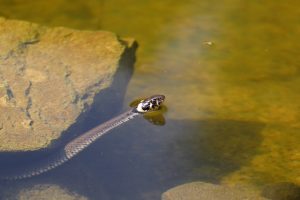 Dream of Snake In Water

Water is a place of Advantage for Snake as many snakes live in water, but for humans being in water reduces your efficiency. Everything seems to move in slow motion.

But what does this mean?

Dreaming of a Snake Eating its tail is known as Ouroborus and is a symbol of Eternity. It means everything starts and ends at the same place. It can also symbolize Karma that whatever you do to others will come back to you and thus doing good to others will bring back the same to you.

Killing a Snake in Dream

It is some of the rare events when you kill a snake instead of getting a bite from him. Killing a Snake in Dream can mean that you will overpower your enemies. It can also be a symbol that who so ever is trying to harm you will not succeed in the process. However, religion and culture play a vital role in Interpretation. For Instance, In Hinduism Killing a Snake is considered a bad symbol as a snake is worshipped in that religion. 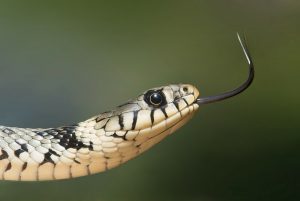 Meaning According to Religion

In Christianity, a Snake is a symbol of Satan, i.e., evil. In the Garden of Eden, a Snake Tricked Adam and Eve to eat the fruit from the Tree of Knowledge located in the center of the garden. A dream of snake in Christianity is a symbol that there is a Satan in your waking life that may trick you in doing something wrong.

In Islam, a Snake is considered a Vicious Creature as it provokes the feeling of fear. If the snake bites you in a dream, then it means something disastrous is going to happen in your waking life that will turn your world upside down. If you kill the serpent, then it means you will overpower your enemy.

In Hindu Tradition a Snake is worshipped as Gods like Vishnu and Shivji have a snake close to them which is believed to symbolize that dark forces are under control. They are also believed to be the protector of wealth, and because they give the antivenom for their own venom, therefore, they are also believed to symbolize health. If you dream of a serpent, then it symbolizes that you will soon receive health or wealth. So if you have a disease, then such a dream can be a symbol that you will be cured, and if you are going in loss, then it can symbolize future profit. Killing a serpent is a bad symbol and a sign of something terrible that is coming your way.

Dreaming of Multiple Snakes is a symbol that you are trapped in Multiple Threats in your waking life. It is a sign that you are getting drowned in the swamp of threats that can result in a disastrous situation in your life. This dream is a warning sign telling you to get out of this swamp before its too late.

Dream of Snake While Pregnant