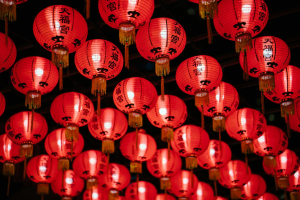 Chinese folklore is filled with many interesting short stories, many of which pass on important life lessons to young readers.

Much like Aesop’s fables, these stories pass on values synonymous with the Chinese culture – Respect, honour and empathy. Many Chinese could even recite one or two of these fables below with a sharp level of clarity.

Therefore, to also remind ourselves of our own morality (that we sometimes forget in desperate circumstances) – I have compiled a list of interesting Chinese fables that are the equivalent of Aesop’s fables with an oriental touch.

A not so awe-inspiring reason would simply be because these stories are pretty interesting too.

So, sit back, relax and enjoy!

The Frog in the well 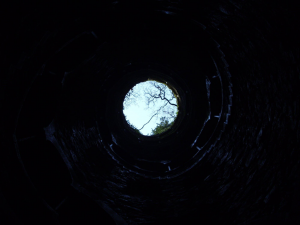 A frog once lived at the bottom of a well in ancient China.

One fine day, a turtle stumbled upon the well and saw the frog swimming within the well.

The turtle, slightly ecstatic, asked the frog if he had seen the Ocean before.

The frog rebutted “The Ocean? Hah! It’s literally paradise here. Nothing can be better than this well. Why don’t you come down and join me?”

The turtle tried to fit himself through the well but he was too big.

“Why don’t you come to the Ocean instead? The Ocean had neither shrunk or solidify because of drought or winter.”

Soon after, a scorching drought swept across China – emptying wells and killing crops. Many perished including the frog, the turtle, however, was merrily swimming.”

Moral of the story: Ignorant people would know nothing aside from their own world.

The White and Black guard 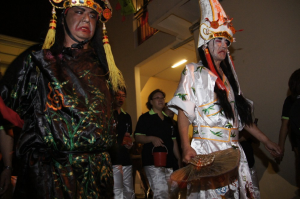 Though quite an unusual tale (https://nituofuneral.com/chinese-spirits-underworld/) , you would see that it is common for Chinese characters to devote blind loyalty or selflessness. Regardless, this touching story of two constables had made them deities in Chinese folk religion.

“Two constables were tasked with escorting a prisoner to another village. Halfway through, however, the prisoner had managed to escape the grasp of both constables – escaping into the dense forest.

Shocked, the two constables decided that it was best that they split to cover more ground. They promised to meet under a bridge nearby by sundown.

After hours of searching with no tracks in sight, one of the constables, Xie Bi An decided that it was better for him to head under the bridge now – besides, the sun was already setting.

As Xie arrived beneath the bridge, a weak drizzle started as he sat there waiting for the other constable Fan Wu She to arrive.

Slowly, a slight drizzle had turned into rain, then after a few minutes – heavy downpour slowly flooded the river beneath the bridge.

Not wanting to break his promise to Fan, Xie stayed under the bridge until the water was above his head – dying of drowning as his face turned white.

The Jade Emperor saw their acts of valour, giving them the role of Generals in the underworld to help guide newly deceased spirits and guard the gates of hell.”

Moral of the story: These are one of those stories that have no clear moral lesson, however, many cite this as a prime example of brotherhood and loyalty. 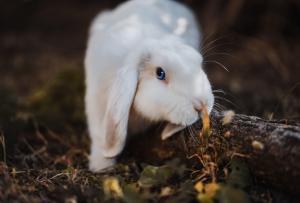 As mentioned, several Chinese tales revere selflessness. Perhaps the most selfless of them all is the story of the Jade Rabbit.

“One day, in the forests of China, lay a monkey, an otter, jackal and a rabbit.

Wanting to test their compassion, the Jade emperor disguised himself as a poor old man, stumbling across a clearing and begging for food from all four animals.

The monkey quickly picked fruits from the surrounding trees.

The otter, went head first into a nearby ravine – catching a waddling fish by his jaw.

The jackal stole milk curds from a nearby farm.

The rabbit, knowing that it can neither hunt, nor forage anything edible for the old man – offered itself as a tribute.

Jumping straight into a fire started by the old man, the rabbit did not burn as the Jade emperor revealed himself to all four animals.

Touched by the rabbit’s action – the Jade Emperor immortalised the rabbit and sent it to the moon to live with a princess.”

Moral of the story: A rather wholesome story, this story is an exaggerated example of sacrificing your material belongings for someone less fortunate. It is often used as a way of teaching generosity to children. Most times, the dramatic factor tend to make children remember the story better. 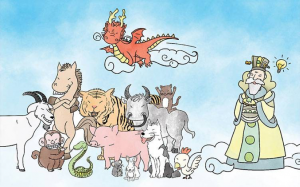 Likely the longest fable of them all – The Chinese Zodiac race is a lot like the rabbit and the turtle by Aesop. However, as you would see; it is slightly more intricate with many interesting bits.

“A long time ago, zodiac animals did not exist in Ancient China.

It was only after the legendary race to the heavenly gates were the animals ranked.
A decree from the Emperor was spread throughout his reign. All species are invited to participate in this upcoming race. Only twelve would be invited into his banquet.

Hearing, the Rat was determined to be one of the top few.

However, looking at his stature and physical traits – there was nothing much of him that could make him win the race.

Plus, the Rat’s neighbour – the Cat, has always been harassing the rat since they became neighbours.

So he had two challenges to overcome, his pesky neighbour and the other animals who are physically superior to him.

So on that morning, the Rat snuck off quietly from his home without alerting the Cat, who had requested the Rat to awake him.

Slowly, the Rat quickly scuttled his way across the dense forests. At the final leg of the race was a huge body of water that challenged even the greatest of swimmers.

He knew of only one animal that was diligent enough to be early, and tough enough to endure the strong currents.

The Rat came just in time as he saw the Ox preparing to cross the river. The Rat asked for the Ox’s permission and would instead sing for him along the way.

The Ox agreed and they both quickly set off.

Eventually, the Cat soon found out the race was happening. It rushed towards the river bank and found Tiger preparing to swim.

Seeing that the Cat was a distant cousin, the Tiger agreed to let the cat hop on to its back – and eventually, with the Tiger’s strength, it was only a few metres away from the Ox.

The Cat, wanting to exact revenge on the Rat, leapt forward and tried to grab the Rat. However, he missed the Ox’s back by the hair and fell into the rapids.

The Cat soon drowned, leading to the Rat to win first place, followed by the kind and compassionate Ox, the strong Tiger, the Rabbit, the Dragon, the Snake, the Horse, the Goat, the Monkey, the Rooster, the Dog and finally the Pig.

Thus began the 12-year zodiac cycle. To see which zodiac sign you are I recommend using a calculator here.“

Moral of the story: Rather than giving up due to one’s physical or mental limitation – one should always look for creative ways to tackle problems.