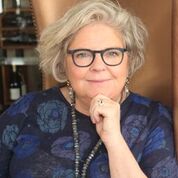 Almost ten years ago, in the middle of a volcanic lake in El Salvador, I was struck by a mysterious light beam during a late-night walk. After three hours of being unconscious, I awoke to realize that all of my perceptions of the world had changed. I had left my ordinary reality and was now living in a non-ordinary reality. After a few stays in mental hospitals, believing I had lost my mind, I realized that I had instead been given a gift and joined a rare group of people that call themselves “lightning shamans”. This was an even stranger story as I was a left-brain entrepreneur that had been in the boardrooms of wall street and then a successful business woman throughout Central America, far from the tenants of indigenous teachings. After receiving this gift, I was able to interact with the spirits of animals, along with a multitude of other mysterious beings from other worlds that I could see, hear and communicate with.

As a result of this experience, for several years, the spirits of four jaguars began to converse with me, along with Mayan ancestral priests, who would become my spiritual teachers and guides. They arrived on the night of my fifty-second birthday, an important date for the Mayan culture, to initiate me into a whole new purpose in this lifetime. I later learned that these jaguar spirits are often called Power Animals, guides that bring knowledge and power to human beings to support our earthly walk. I dove deep into researching to see if others had a similar experience and I realized that it is a richly woven practice among a variety of cultures of the world. Power animal spirits are also important allies for shamans. They are their guides and healers from the spirit world. Also, when an animal appears in the physical world it has a lot of meaning that can enrich our lives and expand our awareness.

I wrote this book because I wanted to share my findings about Power Animals and their importance to humanity. I had many questions to answer like, what meaning did different animals have for the Egyptians? Many graves have humans buried with a variety of animals, why? What did the Mayans believe when a hummingbird appeared? What messages did the Navajo medicine men receive from the animal spirits? There was a vast and hidden world that I wanted to discover, so I put on my Indiana Jones hat and headed off into the spiritual meanings of Power Animals.

My main source of information were symbols left by a variety of ancient cultures. I also found rich resources through art history and spent a lot of time watching videos of the animals in the wild. How did they react? What was their skill and power? Lastly, through intention and purpose with my new-found gift, I was now able to go to a multi-dimensional place where the spirits of Power Animals reside, and I asked them to share their wisdom with me for my book. They brought through me amazing and profound messages for humanity. The teachings at times were astonishing. I found myself immersed into an animal kingdom school with very original perspectives about living on earth.

What was an interesting discovery was learning that when a child is born into an indigenous community it is believed to be accompanied by its Power Animal. A ritual is performed through dance and celebration for the purpose of integrating the power of the animal into the child’s heart chakra normally orchestrated by a shaman. This connection is intended to keep the child safe as it will be its companion through life. Later in life, if a child has experienced a traumatic experience, the shaman will often do a retrieval and reinstate its energy back into the child to overcome any weakness. In the modern world Power Animals can be called upon like guardian angels, protectors and beings that raise our level of consciousness.

Through the use of scalar energy made famous by Nicolas Tesla, I have combined this cutting-edge technology with ancient practices to create a program where with a person’s birthdate and birthplace I can scan their energetic field to see what Power Animal was present with them at birth. This allows me to perform a modern version of this ancient practice. Combining this with my own skills, it has reached an incredible level of accuracy and validation.

With the launch of the book, I have given interested readers the opportunity to find out what their Power Animal was at birth. I now offer this service on my website and the book then gives them the insight as to the powers and the awareness of this relationship. Readers who have signed up for this “high tech” power animal retrieval have often been astounded when their Power Animal is revealed. With one client, the scan revealed that a sparrow was her Power Animal. This was an emotional revelation since she had a tattoo of several sparrows on her body thus removing years of questioning why she chose a sparrow. Another reader was scanned, and it was determined that her Power Animal was a cougar. In this case it was validation of many dreams she had through her life about cougars, and why a friend insisted on giving her a painting of a cougar years ago that she has hanging over her bed. These stories and more continue to validate the sometimes subtle and unknown ties we have to the animal spirit world.

Writing this book also brought me a wealth of knowledge about myself. It was often a whirlwind of messages from a Power Animals perspective of how unusual they see the humans view. From Mongolia to Machu Picchu I found that Power Animals have always been a part of our collective understanding and existence, yet with so little connection to nature, it has been lost to us. My goal was to find it again and bring it back to its loving form so that once again humans could reunite with their Power Animal and reconnect to the meaningful messages that are brought to us from their world. 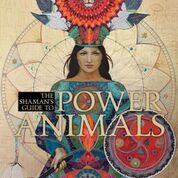 About the Author:
Lori Morrison is the author of The Shaman’s Guide to Power Animals (March 2019). She is a best-selling author, inspirationalist and mystic. She is part of a rare breed of lightening shamans who have received a spontaneous awakening of shamanic knowledge. Lori first journeyed into the shamanic underworld in 2010 where she found the spiritual realm of Power Animals. Her teachers were Mayan Ancestors who took her through a two year initiation with the spirits of four Jaguar. Her later intimate connection with Lion, given to her by a Haitian shaman has been an extraordinary experience and has enhanced greatly her healing powers. By merging and forming a sacred relationship with animal spirits she is able to support her clients with insight and change through her cutting edge shamanic counseling practice in Sedona, Arizona where she resides. For more information, please visit https://lorimorrison.com and follow Lori on Facebook and Twitter.