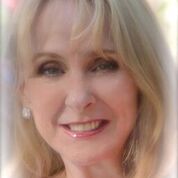 Writing a book.  To be quite honest, the thought had never entered my mind; I’d never written anything other than personal prose or patient charts that were never meant to see the light of day.  The idea was so remote that it would’ve been, as in the Twilight Zone monologue, like “opening a door into a fifth dimension of thought and sound, as timeless as space, as vast as infinity.” But once the possibility was introduced to me,  I had one reaction: exposing the secrets that lay hidden within my Soul sent chills racing through the recesses of my very being. I couldn’t let it go, though — once unearthed…the thought simply would not leave me alone!

Imagine, if you will, standing on a stage, alone, in front of hundreds of people unknown to you,  while guffaws and ridicule, barbs of judgement undeserved and previously unknown are all directed your way!  A dizzying array of emotion and confusion filling your Spirit with every direct hit…and then, you realize you are, as my dad liked to say–naked as the day you were born! It’s then, possibly for the first time, that you begin to understand the concept of unadulterated vulnerability.

No one enjoys feeling vulnerable. Especially those of us who exist in environments created to keep vulnerability at bay. But there comes a time when life slaps you awake–and you can no longer exist within the protective bubble that served you so well in your private life.

Every writer understands this concept of vulnerability. Opening up to that bone-shaking, fearful reality—that I would be vulnerable–was the beginning of my journey into the world of publishing.  Accepting that in order to tell my story, I would have to surrender my oh-so- carefully tucked-away secrets to public scrutiny was my biggest hurdle. But it was one that needed confronting and eventually–conquering.

To tell my story… was exactly what I needed to do! One of my greatest mentors, Dr. Wayne Dwyer, before his death, told me, “Tell your story, Sharon. Tell the story.” The beginning of the writing process for me was the recognition that I was more uncomfortable staying silent than I was letting the words flow free and accepting the vulnerability inherent in exposure. Naked body or naked Soul–same thing!

But how and where to begin? What exactly did I want to say–or have to say–in this effort to release the words that were forming in the underbelly of my soul? Instead of letting anxiety rule the day, I simply sat myself down…grabbed pen and paper…and let the floodgates open.

I didn’t change my physical environment…I embraced it. The old La-Z-y Boy recliner that had been my dad’s “home base” before his death became my sacred space. I felt safe and peaceful. It became my home…my sanctuary. My body just seemed to conform to the indentations that had, for years, become its very nature and I felt as if it “knew” me.  I didn’t feel the need to have a totally private, quiet, locked away space that had no recognition of me and the joys and sorrows of my life. It was there, on my dad’s well-loved recliner, that Becoming Starlight was birthed.

But even in that sanctuary, I found myself chasing words.  It was irritating as the words seemed to erupt and run like madmen away from my conscious mind. The more I chased after the words as they fled the scene, the more irritated I became. Was this the well-known “writer’s block” rearing its ugly head? Or was it simply me trying to force something that simply couldn’t be forced? The operative word here became–relax! I needed to relax and just let it flow. Not trying to force each and every thought into some perfect form of writing saved the day! I stopped worrying about tense and punctuation and dangling participles! I simply put pen to paper and wrote the story.

It was then that the sacred words fell into place. It was then that the words found their place and told their story. My process needed acceptance of the vulnerability of the story that needed to be told. I let the invisible dancer lead the way and make the pen I held in my hand dance.

Becoming an author can be a life-altering decision! Finding your own safe space, your own sense of security, allowing the unfolding of the magic within…effortlessly…is the first step to creating and releasing the music in your Soul. Drawing out that music for healing and comfort…uncovering the shadows that haunt the human condition–that’s what it’s all about and what I hoped my readers would find. 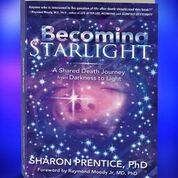 Dr. Sharon Prentice is the author of Becoming Starlight: A Shared Death Journey from Darkness to Light.Soon after completing her graduate studies in psychology, Dr. Prentice longed to discover “the why’s” about her own intimate experience with death in the form of an SDE, and that of others who had experienced something “weird, unbelievable, odd” at the time of the death of a loved one. Dr. Prentice is in private practice as a Licensed Clinical Pastoral Counselor – Advanced Certification. She is also a Board Certified Spiritual Counselor (SC-C) and holds Board Certification in Cognitive Behavioral Therapy, Group Therapy, Integrated Marriage and Family Therapy, and Crisis and Abuse Therapy. She is also a Board Certified Temperament Counselor. Dr. Prentice is a Professional Member of the American Counselors Association, a Professional Clinical member of the National Christian Counselors Association, a Clinical member of the American Mental Health Counselors Association, and a Presidential member of the American Association of Christian Counselors. She is also a Commissioned Minister of Pastoral Care. For more information, please visit https://sharonprentice.com and follow the author on Facebook and Twitter.