When it comes to being a football player, many people think it all comes down to the talent and the fitness. Yes, obviously, you need to be a good footballer to make it at the professional level. While sometimes it might not seem that way when watching certain players, talent will always be your most important deciding factor in your long-term improvement.

However, the other thing that matters – outside of having immense fitness and great football quality – is your mentality. Those with a poor mentality often don’t make it, or don’t make the most of the talent that they do have. If you are intent on making it to the top of the sport, or to any professional level, then you have to have a strong, stable and professional mentality built around improving your skills as a player. 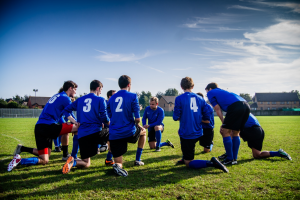 Being positive is so important

One of the first things that you will be told as a young player is about the importance of positivity. For many young players, though, this information goes in one ear and heads out the other – and it’s easy to see why. Positivity is something that is hard to maintain, especially if you are in poor form or are struggling for confidence on the park.

If you wish to become a better player, though, you need to very quickly adapt to be more robust mentally. Instead of looking at a poor match as a definitive moment, use it as a learning experience. Take a look at where you went wrong – instead of presuming you aren’t good enough or the level is too high, look at what other things you could do in the situations causing you the most pain. Find solutions, don’t build up barriers.

Remember that you are in control

The best kind of mind-set to have is to remember that you are in control of your own performance. Sure, you might not agree with your coaches’ decisions – but it is your duty, as part of the team, to put those decisions into practice as best as you can.

If you are always coming in from matches looking to blame a tactical misshapen from the coach, then you will never really grow. Yes, the coach could be wrong – but if you don’t put in 100% to try make the tactic work because you disagree with it, your coach will alwaysbe wrong. Your coach is dependent on you and your teammates getting out there and giving it 100% to do as he asks.

Even if you disagree, remember that you are in full control of how you put those tactics into action. If they don’t work, you will have played a role in making them not work. Don’t allow yourself to think that you only lost today because of a dumb coach: the moment you can hide to excuses like this, the moment you will stop developing and cease to improve is around the corner.

Train at your very peak

The best players who are out there give it 100% in every single training session, and according to research from https://www.findbettingsites.co.uk, they get paid handsomely for it. They don’t just turn up three days before the game, or, worse, the day before the game, and start trying. Your job is to train to a level that shows development and improvement in everything that you do – that is how you get picked by your coach to take part in the game.

You will want to learn to train at your very peak, and you will want to make that part of you day-to-day working habits. If you do not train at the peak of your ability, then you are never going to improve enough on game way to make a difference. Don’t treat your training sessions as a mess-around: they are an audition for the big day, the match day.

Keep that in mind, take training seriously, and progress is never far beyond.

Blame we, not I

If you are a player who feels like you need to single out a teammate or throw someone under the bus to protect yourself, professional football is not for you. You gain every result as a team. If you are someone who feels like your mind-set is to immediately try to find someone to blame for a poor result, then you are already making a potentially fatal mistake to your chances of a career in the professional game.

Someone might have been directly at fault for a goal, sure. But what were the circumstances of the play leading to said mistake? Don’t just look at one action, but all of the actions. Could the team shape have been better? Could the player who messed up have been better protected or helped out by his teammates? Usually, the answer lies there. 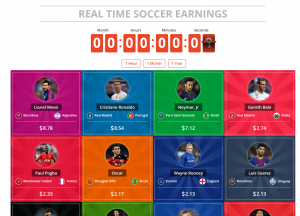 Learn every part of the game

When you look at the top professionals in football, they are happy to do a bit of everything. A top holding midfielder can chip in with key goals at important moments. A top striker presses from the front, setting the tempo for the rest of the team. A top goalkeeper shows bravery with the ball and from an organizational point of view.

Your mind-set should be to become an all-rounder in every position, and a master of your own position. Game scenarios open up all the time to make sure you need to play in an unfamiliar role or take on a position that you might not have expected. This means that you need to be ready to do a good job in that role, even if just for a few seconds.