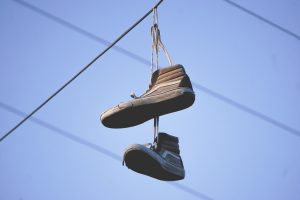 The music industry is one which is always on the rise. With new artists adding their contributions to the mix each and every day, it can be very hard to find what you’re looking for when you want to listen to something new. Of course, though, this growth impacts the musicians themselves more than anyone else. With listeners struggling to find their tunes, they won’t be able to build a following, and this leaves a lot of the biggest out there to have to search for tools which can support them. To help you out with this, this post will be exploring some of the best examples of them.

As the first area to think about, the music industry is one of the biggest in the world when it comes to viral marketing. With this media being very easy to spread around, getting it into the hands of loads of people isn’t too hard, as long as you can create a craze to go along with it. There have been several artists and groups over the last few years who have been able to take advantage of the way content flows around the web. This will most commonly occur on social media sites like YouTube, as these places tend to have the most users.

While viral marketing often occurs on social media, musicians can often take another approach using the same platforms. Instead of relying on huge amount of likes and follows, the most persistent are able to generate a huge user base through very basic posts, including daily updates and short blogs. Acting as an influencer for their own brand, this sort of method is great when an artist is first starting out. It doesn’t cost anything other than time, and the simplest posts are often the most popular, with some musicians getting away with reposting content time and time again.

Of course, not all of the work which will make someone famous is done on their end. Thanks to the Internet, there are now several routes which can be taken when someone is reaching for stardom. To reach out to the right people, a platform which they are likely to be using needs to be chosen, or it will be hard to capture the right engagement. Below, you can find some examples of these tools, along with their best use cases.

As the last area to consider, it’s time to think about personality. There are loads of artists out there which create unexceptional music, but are still able to capture the hearts and minds of the people listening to them. Through social media, public appearances, and even the work being produced, this aspect is one of the most important when it comes to a modern musician. Of course, though, it can’t be anything too normal. Instead, it is a struggle to achieve this goal, as extremes will almost always have to be crossed into to make it work.

Hopefully, this post will make it much easier to figure out how most people find their fame. In a lot of cases, marketing is the biggest part of this, with those who are able to build something eye catching finding the most success. This can even be true for artists who have found popularity in the past.