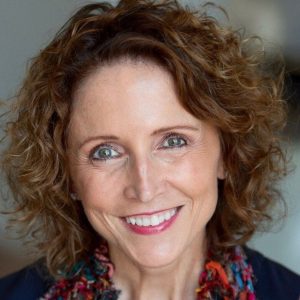 By Debbie Augenthaler, Author of You Are Not Alone: A Heartfelt Guide for Grief, Healing, and Hope.

My father was a Vietnam veteran who suffered from PTSD. A part of me always grieves for him, for how he suffered and how his illness affected our family. And a part of me will always grieve for the little girl whose father came back from war a stranger, and for the relationship we never got to have.

His illness took him away from me, from his family, from the man he was before.

When I was nineteen, I went camping with him and my brother in the Ozark mountains in Arkansas. I’d only seen him a few times since I was a young girl.

We went horseback riding. And again, I was afraid, but determined. I climbed up on a beautiful brown mare, massive and strong. My father said, “Don’t let her know you’re afraid. She’ll feel it.”

So high, so far from the ground. She felt my fear.

“Debbie, what are you waiting for? Give her a little kick to get started.”

I wanted a connection with my dad I had never had. I wanted to please him. So I gave her a kick, despite my fear. Despite not knowing how to control a creature so much bigger than I.

She took off running, wildly, veering off the path, and into the forest. I could distantly hear my father shouting out how to pull in the reins to control this force of energy that only wanted freedom – and for a moment that hung in the air I felt like the horse. Flying through the forest, sweet taste of freedom.

It was exhilarating – until it was not.

Here’s what stays forever in my memory, that wild ride on the horse: frantically trying to hold onto the reins, useless in my hands, soon just clinging to her mane. Crouched and pressed against her, crying while my heart pounded in tandem with hers. Was I crying from fear? From wanting something from my dad I couldn’t have? From wanting the freedom I’d never had to just be me? Missing the trees and branches by inches, the wind whipping wildly through my hair.

My father and brother finally managing to gallop up next to me, securing the reins and bringing the mare under control.

My father was gentle that day, and he was nervous, like me, both of us not knowing how to connect. I always thought one day we’d learn how. But one day never came. He died of a heart attack a few years later when I was in my early twenties. He was only forty-four. I was devastated; all the un-saids I’d hoped to resolve died with him.

I’ve grown through grief. It’s taught me many things, given me gifts I never would have imagined. Compassion, understanding, and forgiveness helping me to see how it was his illness, not him, that ruptured our relationship, resolving the un-saids for me. I still feel sorrow because it is sad – what happened to his life and the pain his illness caused. But bottom line – I’ve learned I will always have a connection with my dad that is deep and loving. 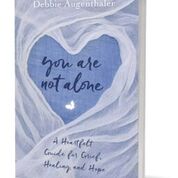 Many of us have un-saids with loved ones who have died. I hope, as you heal and grow through your own grief, you too will grow in compassion, understanding, and forgiveness. Not just for them, but for yourself too.

I never went horseback riding again. But if my dad were here, I’d do it again.

I feel his love for me all the time. And he knows I love him too. Happy Father’s Day, Dad. I love you.

© DebbieAugenthaler, author of You Are Not Alone

Debbie is a psychotherapist in private practice in New York City, where she has specialized in trauma, grief, and loss. Her husband, Jim, died suddenly in her arms when she was only 36 years old. He had been healthy and vibrant – the doctors compared the probability of his death by heart attack to being struck by lightning. That lightning strike ended her life as she knew it and thus began the “baptism by fire” that brought her to her new future.

Debbie’s book, You Are Not Alone: A Heartfelt Guide for Grief, Healing, and Hope (May 2018), is the book she wishes she’d had when she was grieving, and wishes she had now to offer clients experiencing life-altering losses. With the connection of a shared experience, Debbie guides the reader through grief to transformation and a new beginning.

Debbie has as Master’s Degree in Counselingfor Mental Health and Wellness from New York University. She has completed a two year post graduate Advanced Trauma Studies program from the Institute of Contemporary Psychotherapy and is trained in various modalities that inform a holistically based practice including EMDR, Internal Family Systems, Sensorimotor Psychotherapy, Energy Psychology, and Hypnosis. In 2012 she received the NYU Steinhardt Award for Outstanding Clinical Service.