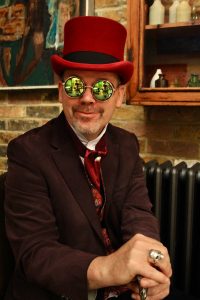 The story for my novella Into the Summerland came to me in a dream. A familiar channel for creative thoughts, sometimes producing garbage but usually reliable as a signpost for the underlying imperatives trying to get my attention.

This story was fully formed, providing me with two chapters of vivid, colourful characters and a setting that could only be the gateway between the mortal world we continue to shuffle around and the netherworld of reflection, regret and redemption. It was a September morning that gifted me a tale of Henry – a man of fluctuating values, dubious decisions and a chequered mortal scorecard. Not a promising candidate for a hero of anyone’s tale, but destined in my newly forming world to become the galvanised hero of his own.

Examining Henry’s life, threading from post-war birth through social revolutions and the dawning of the new millennium, I was struck how much of a battering that generation’s credo had taken. Whilst I reject the religious doctrines associated with the various shades of Christian theology, I’d always respected the quiet faithful ones who did the good work without fanfare or expectation. The raising of generations coerced into believing what they were told every Sunday from the pulpit had the beneficial effect across the British Isles of producing a population that were basically good at heart, but slow on independence of thought.

The churches got their pennies and pounds, the government got their willing soldiers and the country got its folk. Decent as always on the surface, but burning away underneath with the suppressed spirits that sought the freedom of the elements. The social revolutions of the 60s and 70s shook the edifice and things would never quite be the same. The children of this revolution took on the mantle of spiritual freedom, but never quite knew what to do with it. Their elders may have been genuinely appalled by the trashing of their values; they may also have been anguished to see the paper walls they had allowed to direct their rectitude so easily swept away. All those years, they too could have been free.

Whatever the reaction, it is perhaps not surprising they reverted back to their religious props as the years continued to accrue. The senior generation generally prefer the familiar to the new, so the comfort of stories learned in childhood and perceived certainties become ever more beguiling. Is there a god? Is there a place called heaven? I don’t know and care even less – it just makes me feel good to believe there is. We may chide them for being lazy of thought and unimaginative – but I guess the best way to understand older people is to be an older person. Let’s see how we feel when we get there!

Interestingly, those we call Generation X who rejected the old doctrines do not appear en masse to have flourished under a purely secular sun. Free to live their lives according to a solely humanist philosophy, the yearning for something beyond the day-to-day has prevailed leaving them bemused and searching. Why?

Could it be that the purpose of this life is to provide a bridging experience for the spirit within? Let’s imagine an individual that drifts too far into a hedonistic fog. Or another who by contrast rarely ventures outside their own tiny world. Are they both eventually condemned to a terrible awakening? When their dormant spirit eventually rises to claim its requirement – and these wasters are gripped to desperately start living all too late?

Certainly the rising popularity of the old faiths has been quite marked of late. Pagan rituals are starting to enjoy a revival as the modern practitioners of the old ways reclaim their festivals from the false cloaks of Christianity. The trendy pagans of today may be no more authentic than the feckless hippies of the sixties, the how-do-I-look eastern revivalists of the seventies and eighties, or the designer Buddhists of the nineties. But at least the notion of ‘more than this’ is getting an airing – and the minds are more open as each successive generation comes along.

Which brings me back to Henry. And his awakening after crossing into the Summerland. With his life played back in retrospect (what a blessing that would be for all of us in our living days!) he has to face up to the conflicts that have either raged unresolved, or laid suppressed within. I’d call it a cautionary tale, but that would be to believe that all humanity could be shaken out of its cosy, unchallenging stupor.

Few of us are so brave to genuinely wipe the slate clean following one of the ‘0’ birthdays. It may be a time of morbid self-evaluation to find ourselves in the blood red debt of an unfulfilled life. It may be a time of reluctant retreat into an ever-diminishing role on the grandest of stages, our bit parts having even the slightest lines snatched from us. It may be a time for heroic rejection of all we have known; a blessed relief to feel pain in order to feel anything at all.

Whatever awaits us when the numbered days finally come to an end, the closing moments should contain at least some vestige of individuality. As we make our way along the paths of this life, nobody else can occupy that space. But once we leave the paths, can we discern a legacy of our time and efforts while we occupied that space?

Children are the obvious legacy. Monuments, inventions, creative art, writings are all wonderful in their way. Equally vital are remembrances that retain their hold over those left behind. And it’s there that we may forge our own place in the absence of grander mementos. Fond memories I rekindle about my Grandmother include her own remembrances of those she knew as a child. I therefore become a living link with those who lived whilst Queen Victoria reigned and Charles Dickens was still walking the streets of London. 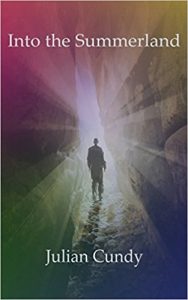 It may seem fanciful to think in this way, but that is how the most cherished of lore was cascaded from one reverential generation to the next. And the notions of spirituality found their most powerful advocates, as connexions with spirits real or imagined brought the added dimension beyond the everyday experience.

I tap into these notions with Into the Summerland. Henry’s redemption is hard won, overturning a lifetime of beliefs and tenets to achieve peace. We’d all I’m sure make the effort to take steps to ease our own paths if we believed that moment is actually coming where we are to be held accountable for our words, deeds and approach. What I’ve personally found is that opening the heart and mind to a more emollient way of living can bring a little of that peace into the present, mortal world – as well as laying good foundations for the next.

Wishing you blessings of this, and every season.