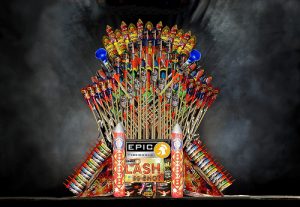 “Game of Thrones With Epic Fireworks” (CC BY 2.0) by EpicFireworks

Game of Thrones is one of the biggest television shows in the world. The seventh season of the American fantasy drama series has just concluded, and the popularity of the show remains as big as ever. Based on George R. R. Martin’s series of fantasy novels, A Song of Ice and Fire, Game of Thrones has captured the imagination of the public all over the world. It is truly a global phenomenon, a show for all ages for all people wherever they are. What is enamouring about Game of Thrones is that despite having several plot lines and subplots, there are three primary story arcs which bind them all together.

Viewership for Game of Thrones has rocketed over the years. In the UK, almost 5 million viewers tuned in to watch the first episode of the seventh season within the first week. That is way more than the number of viewers of The Big Bang Theory – the biggest sitcom in the world – in the UK last year and around 3 million more than the number of people who watched The Walking Dead in 2016 on Fox in the United Kingdom. 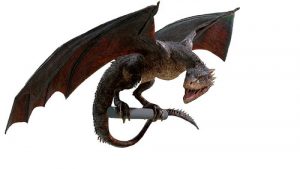 One of the main reasons why Game of Thrones is so popular around the world is the superb acting of the cast members and the immersive scenery and locations. Despite being a show made by American giants HBO, shootings take place all over the planet and in countries including the United Kingdom, Iceland, Malta and Morocco. The complexity of the characters and the acting skills of the cast members have been instrumental in making the series so endearing to the critics and the fans alike. Another reason why Game of Thrones has been so well received by the public is the cameo roles played by global celebrities. English singer-songwriter Ed Sheeran made an appearance in season 7 and so did New York Mets star Noah Syndergaard, while well-known English film director, editor and screenwriter Neil Marshall made an appearance in season four.

The massive global popularity of Game of Thrones has led to merchandise being sold to fans. Just like for a sports team, GOT fans simply love to get hands on merchandise and memorabilia of the show. Fans of the show can now get T-shirts, drinkware and mugs among other merchandise items. They can also play video games based on the series. Mount & Blade: Warband and Crusader Kings II: A Game of Thrones are two of the more popular video games based on the series. There are also online slots offering that’s officially licensed by Game of Thrones, which makes use of the characters and music of the show. There’s no doubt that such games and merchandise has in turn made the series bigger, more popular, more fun and more relevant to people’s lives.

It has already been announced that season eight of Game of Thrones will be the final one of the series. The season will premiere in 2018 or 2019, and the fans of the show must be eagerly waiting in anticipation. Going strong for eight years is quite a feat for any television series in this day and age, with competition for viewership so fierce, especially with the ever increasing rise in popularity of online streaming services such as Netflix and Amazon Prime Video. One suspects that there will be spinoff series after Game of Thrones ends in 2018 or 2019, which is only going to keep the fans happy and keep them close to the action. There are talks of as many as four scripts in development, and this underlines just how far-sighted the makers of Game of Thrones are.