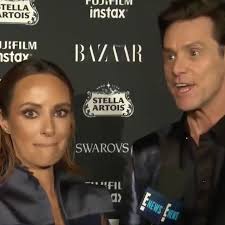 Below is Jeff Brown’s take on Jim Carrey’s latest outburst, copied with permission from his facebook page…Jeff Brown is an author, filmmaker and grounded spiritualist. For more information you can visit his web site at http://soulshaping.com

I am not sure why so much energy is put into defending Jim Carrey’s latest outbursts. He has said very clearly that he doesn’t exist and that we don’t exist. Who is there to defend? Who is doing the defending? And why are they worrying about Jim being judged? This iconic comedian has offered “us” the ultimate judgment- “we don’t exist. None of this is real.There is no self blah blah…”. You can’t have it both ways. Either we are real, or we aren’t… And if he really believed that, and had no egoic attachment to any of it, why is he still playing the Hollywood game and showing up at festivals? I thought he would have ‘trance-ended’ all of that nonsense by now? Why doesn’t he just sell his assets and empty his bank accounts? Why doesn’t he leave the ‘masked’ industry altogether? After all….. NONE of it is real, big guy.

(p.s. It’s one thing to acknowledge that there are false selves, masks and disguises, but to not also acknowledge that there is a healthy self, a purposeful self, a magnificent and authentic self, is to potentially do grave harm, particularly to trauma survivors and those who struggle with fragmentation. You are the wave, and the ocean. You must find that place where the individual droplet of meaning meets the oceans of essence. if you go too far in either direction, you are doomed. Too much ocean, you drown. Too few drops, you die of thirst.)