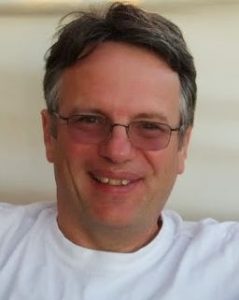 Do we need a compelling drama about peace in the current state of world affairs? I hope you will agree that we do (and also that films about individuals struggling to achieve peace are always timely.) My screenplay, “Peace Pledge,” tells the inspiring story of a disillusioned First World War veteran, who is challenged by a reckless Anglican priest, and reluctantly fights for peace in 1930s Britain, losing both friends and family but gaining a second chance in love.

I was inspired to write it when I was researching the writer Aldous Huxley (of Brave New World fame) for a chapter in my book on Mourning and Mysticism in First World War Literature: Grappling with Ghosts. In the 1930s, Huxley was becoming increasingly anxious about the possibility of another war, to the point where he was suffering from writer’s block. He read about a remarkable Anglican priest, Canon Dick Sheppard, who had written to the papers asking men to send him a postcard pledging their opposition to war. Huxley did so, then met with the charismatic Sheppard, and became convinced of the need for a spiritual dimension in the pacifist fight against war, even though he had been an atheist. When Sheppard called for postcards (and basically launched perhaps the first social media campaign), initially he didn’t receive anything and was disheartened, but then the post office contacted him and asked him where he wanted the sacks of postcards delivered! Within a few months over 100,000 postcards had been sent and the Peace Pledge Union was born. It attracted many notables, including philosopher Bertrand Russell and A.A. Milne (of Winnie the Pooh fame), became the strongest pacifist movement in history, and still exists today in the U.K.. I was gripped by the story and knew that I had to write about it. One of the challenges was that, since the movement failed in its immediate aim, to prevent war, its story had been buried, so it took considerable research to piece together the peace story. Also, audiences know that the second world war eventually happened, but of course people in the 1930s did not, and so I had to create that anxiety of not knowing what was coming next.

My viewpoint character, John Ellis the disillusioned WWI vet drives the story. He has fallen on hard times in the 1930s depression, having lost his job as a printer’s compositor, started drinking heavily with his former commanding officer Burt Drummond, and lost his wife and home. A classic anti-hero, he winds up in Dick Sheppard’s shelter at the famous St. Martins-in-the-fields church in Trafalgar Square London, where he is initially hostile to his host. Dick sees John’s potential and hires him, first as a custodian and then to help with printing publicity material for his pacifist campaign. Slowly John becomes convinced of the pacifist cause. Trouble then arises since Burt (who saved his life in the war) and his gang, become fascist blackshirts. This conflict culminates in John being beaten while at a rally practising passive resistance. The asthmatic Sheppard faces his own challenges, from almost dying in a house fire from which he is rescued by John to collapsing from asthma attacks during speeches to losing his wife Alison, who has an affair, being fed up with his devotion to the cause.

One of the most interesting historical facts that I have dramatized is that Sheppard was nominated for the Rectorship of Glasgow University, running against Winston Churchill. The campaign, aided by John, is a wild affair involving rioting students pelting each other with dough bombs, made up of sawdust, motor oil, and even porridge (how very Scottish!). The battle captured the attention of the national media, and when Dick unexpectedly won by a large majority it seemed as if pacifism was a force to be reckoned with in the United Kingdom.

Congratulations pour in, but since Dick’s wife has left, Dick believes he can no longer preach peace or love. Shortly after Dick dies of a heart attack and the nation is shocked. He receives a state funeral and is buried in Canterbury Cathedral. How will the peace movement carry on? John determines to continue spreading Dick’s message of peace, and at a rally he glimpses his wife Esme. Before his death Dick had found and convinced her that John was a changed man. He paid her fare to return to London with John’s child Adam that she bore after leaving John. John feels joy, shame, and gratitude. Reconciled, the couple campaigns for peace.

When war is declared in 1939, John and other Peace Pledge Union members are devastated but vow that circumstances cannot be allowed to alter principles, despite persecution. They advocate against civilian bombing, provide food for European refugees, and help bring Jewish people into Britain. 100,000 remain true to the cause. John and his expanding family go through their own trials during the war, but I won’t spoil the ending, since I would be grateful if you would watch the staged reading of it, which can be viewed here:

“Peace Pledge recently won the Wildsound Screenwriting competition in Toronto, and the reading is part of the prize. The judges wrote that, “This script is fantastic. It is beautifully written and the narrative based on true events is a fascinating and engaging read. Although focussing on a very turbulent time in Britain’s history, the script is in no way targeting a specifically British audience demographic. ‘Peace Pledge’ is a history lesson for people from all walks of life and you’d be hard-pressed to find an audience who won’t feel enriched by Dick’s story.” The script also received Honorable Mention in the Euroscript Screenwriting Competition in the U.K. “Peace Pledge” is a gripping and heart-felt story about standing up for what you believe in, even against all the odds. It is also a tale of redemption, love and the power of the human spirit. “Peace Pledge” is timely with the centenary commemoration of the end of WWI on the horizon (and the 80th anniversary of the beginning of WWII); the story becomes more relevant every day with the escalation of military spending and worldwide violence.

I was thrilled that the online reading of “Peace Pledge” was accepted as an “event” for the U.N. International Day of Peace, Sept. 21st. (It’s on their event map under Toronto since that is where the reading took place). Please give it a look, pass any comments on to me, and share widely (especially if you have contacts in the film industry :)). I am determined to get “Peace Pledge” made into a feature film.
Peace, George