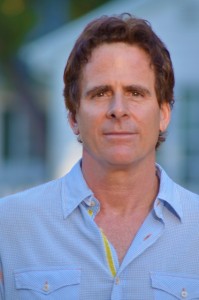 Below is an interview with John Viscount, Co-Founder of PeaceNow.com and one of the creators of the film, The Principle.

Why did you make The Principle?

“The Principle” is the second installment in our “films for peace” series ONE Film Company is creating with PeaceNow.com. This is a collaborative effort that aims to use film to deliver positive messages while also promoting PeaceNow.com’s one-billion signature campaign to create Peace Departments in governments worldwide. Global humanitarian, actor and mother of three adopted children, Sharon Stone, recently joined the Board of Directors at PeaceNow.com and will star in “The Principle.”

What are you hoping people learn from The Principle?

If we want to heal our world, we can’t just love the victim. We have to love the bully, too.

The Principle focuses on bullying, why did you pick that topic?

When Sharon saw our first film for peace, “Admissions”, which was fortunate to win 26 international awards, she reached out and asked me to write a film that would address the devastating plague of the digital age, cyber-bullying. After reading the script, she agreed to play the role of the wise teacher in the film and be a spokesperson for the project. She will also lead the effort to have “The Principle” translated into multiple languages and introduced to school curriculums around the world, along with a class discussion guide. James Cromwell recently agreed to direct the film and so we are very fortunate to have two Academy Award® nominated artists to articulate the film’s heart-lifting message.

What did you learn about yourself from writing the film?

Every creative journey reveals aspects of our selves that need to be strengthened for our travels to be most fruitful. Writing the script reminded me of how important it is to stay in our right mind in this world and operate from a position of kindness and non-judgment. With this approach, we have a better chance to connect with a wide variety of human beings and enjoy rewarding interactions that challenge us to evolve.

Sharon has a huge heart and a brilliant mind and is doing all types of important social activism, so I feel very fortunate to be able to collaborate with her. Her main focus in this life is her humanitarian work and so when you talk to her, the discussions are often very inspiring. I am sure she will be an extremely eloquent spokesperson for raising awareness about the rapidly spreading problem of cyber-bullying.

When and how are you planning on distributing the film? The first step is to raise money for the film so we launched a Kickstarter crowd funding campaign that ends Feb. 2, 2016. It presents the project in detail and lists the meaningful rewards and credits being given to those who donate to the film: http://kck.st/1NwW67c . In preparation for when the film is finished, we are meeting with an expanding list of educators and teaching organizations to develop platforms from which “The Principle” can be shown and its principles effectively discussed. Beyond school settings, one film that goes viral can reach more people than one million classes on the same subject so we feel a short film that doesn’t require too much time to watch is a great way to reach hearts and minds. Our twenty-minute film “Admissions” was translated into Spanish, Arabic, Hebrew and Farsi and broadcast to 80 million people worldwide and we hope to have similar results with “The Principle.”

The world has a tendency to forget that people who become bullies often do so because they have an absence of love in their heart. When people are filled with love, bullying words and actions rarely come out of them. So it is important to listen to bullies and understand where their suffering is and then work to remove their suffering so love can take its place in their heart. Love is much more powerful than hatred so usually when people fully experience love, hatred is often left behind for good.