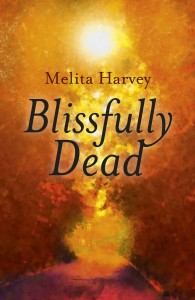 Janelle and I first ‘met’ in 2010 when a member of her family came to me for a reading. At the time I was living in Western Australia, offering psychic and medium readings from home. After this particular reading I overflowed with compassion, feeling the pain of those who believe they have lost their loved ones forever. I said to myself: “I wish I could do more,” and Janelle’s voice answered loud and clear: “Writing my story would help.”

When Janelle died, she needed answers. She had been a young woman who seemingly had it all, yet she had killed herself. Now, in spirit, she wanted to know about life, what it was about and why it hadn’t worked for her. She also wanted to know what mental illness was, and so she embarked on an extensive journey to understand the mind. Not just hers, but the human mind in general. She met other souls from whom she learned how they had dealt with their hearts and minds in life and how that had affected them after death. She discovered souls unable to move on, stuck in the negativity of what had been the focus of their existence. She learned how spirits can influence people in a negative way and how the living can return the ‘favour’.

On her journey to understand where our minds go wrong and how this can be avoided, she met a spirit who lived and died under circumstances similar to hers. Through this meeting she was able to explain how we can best relate to our deceased loved ones and that holding on to resentment can negatively influence them.

She was curious about the role of religion, wondering if those whose hearts are full of their God and whose lives are full of prayer and meditation become less influenced by their minds. When she met both the ‘good and bad’ in followers of Jesus she had an epiphany, and from then on she was able to focus directly on finding her Self, her Inner God, instead of being a spectator looking for answers from outside.

By being in service to people in need, she discovered why she was unable to surrender to permanent Bliss. This inspired her to further investigate until she was ready to let go completely. When she did, the stream of information that came from Janelle stopped, and our relationship as we had known it came to an end. It was my turn to find peace in the new situation.

There is no physical nature to this story – no evidence of our communication, other than me and my pen and maybe that’s where the magic lies for me. I started to write a book following a request from someone from a different realm. Together we ventured onward until we found a common passion that lowered the walls and lifted the veils between us. Janelle’s journey became my journey and the path we travelled enabled us to find the way from the mind to the heart.

Eventually Janelle went home and I found peace. Until then, I had a voice in my head that questioned every thought I had. Few things in my life have been as dubious as co-writing a book with a spirit, but the mystery of housing the wisdom to understand its content and the miracle of having been able to express it has stunned my voice of self-doubt into silence.