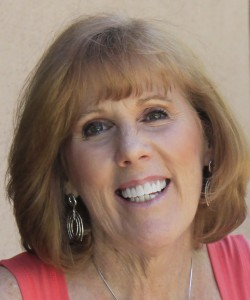 During the first twelve years of my second marriage, my husband and I were involved in a verbally abusive relationship. Because I had experienced ongoing verbal abuse since childhood, I was unaware of what was occurring in my marriage as it was unfolding.

It wasn’t until we’d been together 10 years and the abuse began spiraling out of control, that I sought the help of a counselor who made me conscious of the nature of this verbally abusive relationship. Even with my new-found knowledge and awareness, I continued to stay, in the hopes that the situation would improve. But over the following two years, it only became worse, so I finally moved out and began a year-long separation. At the end of the separation, my husband acknowledged his behaviors and agreed to change.

While we were separated, I had continued to go to counseling–reading about verbal abuse–reflecting on what I learned about myself, and journaling. I learned to recognize the behaviors and also see how my victim mentality supported them. When we reunited, I was able to teach him how to communicate in constructive ways, and we eventually created a balanced relationship.

To define it, verbal abuse is used by one person to have control over another. There are a variety of verbally abusive behaviors, some of which are built into our culture. For example behaviors such as one-upmanship, bullying, disparaging, manipulating, criticizing, hard-selling and intimidating can be considered to be fair practices in the business world. But in a relationship, these behaviors can be very destructive. Nothing is more damaging to one’s confidence and self-esteem than being in a verbally abusive relationship.

Verbal abuse is experienced by people in all walks of life. Not limited by income, career or job, education, geography, age, or gender, it can occur in any type of relationship – including spousal/partner, parent-child, dating, at work or school. A victim of verbal abuse may not see or recognize the abuser’s behavior as abusive.Instead he or she often develops coping mechanisms–which include denial and minimizing–in order to deal with the abuse. However, long-term verbal abuse can cause severe emotional trauma in the victim, which may result in depression, anxiety, and post-traumatic stress disorder. It is also important to realize that while, verbal abuse doesn’t always lead to physical abuse, physical abuse almost always begins with verbal abuse.

Understanding the various destructive behaviors can help identify whether verbal abuse is occurring in your relationship and enable you to realize that it is time to take action. Here is a list of what to watch for:

* When the abuser doesn’t share his or her feelings, thoughts, ideas, hopes and dreams, or only shares limited, necessary information. This is known as withholding. It’s also a clear indicator that the abuser is not hearing and understanding the victim’s feelings.

* Countering is when the abuser refuses to acknowledge the victim’s viewpoint or ideas, while constantly arguing against it, thus preventing any discussion.

* Discounting denies a person’s reality or experience and diminishes that person’s worth. A discounting statement always begins with “You…”, such as “You don’t know what you’re talking about.”

* When deliberate disparaging remarks are disguised as a joke and treated as if they are funny, it is abusive.

* If an abuser controls the conversation by deciding what is discussed, withholding information, switching the topic, or refusing to discuss something, he or she is diverting or blocking.

* Accusing and blaming someone of wrongdoing, breaking an agreement, or blaming the victim for the abuser’s own anger or insecurity is another abusive tactic.

* When an abuser makes judgements about a victim, then uses it to criticize that person, it is abusive.

* Trivializing is when the abuser makes what the victim says or does seem insignificant, such as when the victim recounts accomplishments, hopes or dreams. This can cause that other person to feel frustrated and confused.

* An abuser undermines a victim’s confidence by making statements that destroy that person’s enthusiasm, or his or her interest in something. Undermining can also be seen in such sabotaging behaviors as disrupting or interrupting the other person when he or she is involved in other activities.

* An abuser will often purposely forget things that happened by saying “I don’t remember that,”–or deliberately “forget” to provide information that the victim needs to know, or has a right to know, such as social events that the victim was supposed to or expected to attend.

* Ordering someone to do something instead of asking them to do it denies that person’s equality and treats them like a servant.

* When someone resorts to name calling, making up labels of any kind, or uttering cutting remarks under one’s breath; that is abusive.

* Using denial is when the abuser tells the victim something which denies reality, such as saying, “I never said that”– when in fact they did.

* Threats can be subtle or overt, and involve saying things which manipulate a victim by causing them to be afraid or controlled.

* Abusive anger can be exhibited through yelling and throwing things, withdrawing, or refusing to tell someone why they are angry.

* An abuser may use control by treating their victim like a child or as an extension of themself.

* Abuse is seen in the controlling of finances and access to money, and in the limitation of how a victim spends money.

* Abusers are unable to show compassion and empathy towards their victims.

* Withholding permission to make decisions or to leave the premises is a form of abuse.

* It is abusive when a person repeatedly crosses another person’s boundaries or ignores his or her requests. Abusers may also tear down and attempt to prevent their victim from having boundaries, but will create boundaries for themselves. 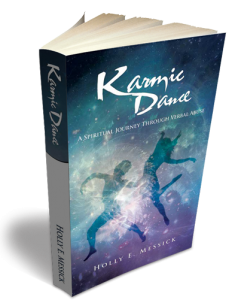 Recognizing any signs of verbal abuse in a relationship requires a person to be completely honest with oneself to reclaim personal power, stop the abuse and heal the emotional trauma. If you have been denying or hiding the abuse, this may be a difficult step to take. But the stakes are high! Illness, emotional trauma,
depression or anxiety can result from failing to face these issues. There are many paths to healing, but one is to seek professional counseling-a key step to understand your pain and fears, and rebuilding self-esteem, so you can have an emotionally healthy life.

Holly E. Messick’s Karmic Dance—A Spiritual Journey Through Verbal Abuse is the fascinating memoir of the author’s karmic relationship with Terry, her high school sweetheart and the man who would become her second husband 20 years later. Happy to be back together again, they did not know that a higher plan was at work as they proceeded to play out their roles of abuser and victim. When she finally chose to leave the marriage, Holly ended their negative karma. Transcending their karmic relationship came about when they reunited and worked together to create a balanced, loving relationship that lasted until Terry’s death in 2013. For more info, visit www.karmicdance.com