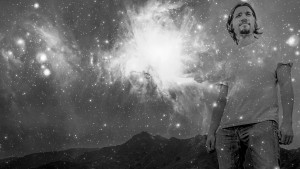 1. What inspired you to make your new album?

The album is inspired by the big questions of life: What is the meaning? What is our purpose? And I wanted to give my own take on the formation of a seeker. Really it is inspired by wanting to be a hero; not in the grandiose sense, but more in a simple way. It is about wanting to know the truth of a matter, feeling compelled to be a force of positive change, and resolving to do something. After coming to that place throughout my entire life-of wanting to leave the world better than before I was here-I wanted to explore the process we go through to get to that place.

2. Your album will be benefiting TreePeople and their Angeles National Forest, reforestation project. Tell us about that organization’s project. What do they do and how did you get interested in them?

I fell in love with nature when I was maybe 12-13 years old after going on backpacking trips in the Sierra Nevada mountains-and it is really important to me to be responsible in creating this album I was able to record and produce it with 100% renewable energy and work with some of the best manufacturing vendors in the vinyl and compact disc industry to create the album using recycled and renewable materials wherever possible, but they unfortunately aren’t able to source their power from renewable energy. So I looked into offsetting the carbon, which led me to TreePeople. While they don’t principally brand their organization as a “carbon offsetting” nonprofit, they plant trees through a portion of their donations, but also maintain those trees, and educate volunteers about the process. They have planted over two million trees since they were founded. When I was a little kid in elementary school, I actually did a tour of TreePeople’s tree farm and remember how cool it was to see a little seedling and then look up at the huge trees they become.

After working in a nonprofit, I know that it is very important to donate to ones that maximize the impact of your donation. And I think TreePeople does that. I volunteered at their Angeles National Forest, reforestation project-and planted a bunch of trees with my friends and 50 other volunteers. It was actually a lot of fun-and the trees we planted will combat global warming for many years to come.

3. What is your intention when you create and play music?

My intention when creating music is to write something that connects with people in a deep way-where the music acts like a mirror-reflecting back their own personal meaning, that benefits their life in some way. I see it as a creative process for me while writing to explore an idea that we normally sidestep throughout the day, and dig into it and get to its truth. For instance in the third song on the album, Beyond the Bubble, I explore the process of consciousness expansion. In meditating on that song, I found the different points in our lives that we might find our mind expanding-and that yearning for pushing the limits of what we know-of wanting to know more-of questioning reality and truth. It’s my hope that a listener relates to that and takes away something-pairing their own personal meaning with the song.

In playing music live, I hope to move people and create special moments that they remember-where the next day they wake up and feel changed from the concert-wanting to be a better person. Feeling a range of emotion and ultimately ending up in a cathartic place. My favorite albums and concerts make me feel that way.

4. What type of musicians inspired you?

I would say my biggest influences are some of the rock legends from the late sixties and early seventies, like Pink Floyd, Led Zeppelin, and Bob Marley and the Wailers-musicians that create a big epic sound, but still go deep lyrically and create infectious grooves. I am really inspired by musicians that have their own unique sound and just do their own thing, not caring about popular appeal or fame-and use their success to help others. 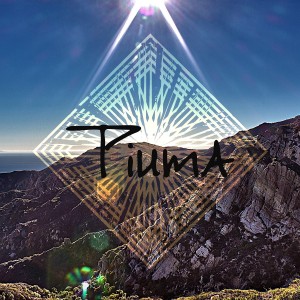 5. Do you believe in the idea of conscious music? If so, what does that mean to you?

Yes, definitely. It means that the artist is aware of the meaning of their music and how it effects others. To me music is a magical force that is inherently spiritual-it can take us to an otherworldly place and bring up memories or feelings-and transport us or change us. Of course with its proliferation it can often be ignored a lot nowadays, but in the right setting it can be very powerful.

I think being a conscious musician and creating conscious music is about taking the extra time to focus on a song’s meaning before putting it out there-and better understanding how people will interpret it and possibly use the music. Will it inspire people to do great things? That is my ultimate intention-that my music inspires people to do great positive things. That’s why sarcastic songs are so dangerous, because you can have a bunch of kids praising “Money”, ala Pink Floyd, but Roger Waters is very sarcastic and he got a lot of new fans with that song that just didn’t get that the lyrics are against having an obsession with money and materialism.

6. Where can we get a copy of your album?

The presale starts on October 14th and the release date is on November 12th. The vinyl and compact disc were made incredibly well-I spent a ton of time finding the best vendors to master and manufacture the album-and I was blown away by the quality.