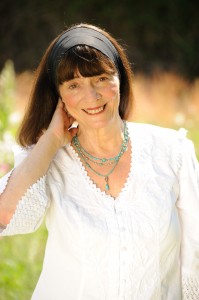 From Recipes for a Sacred Life: True Stories and a Few Miracles by Rivvy Neshama (Divine Arts, November 2013).

My son, Tony, who lives in Manhattan, keeps some change in his pocket when he goes out walking. That way, he has something to give to the people he passes who ask him for help.

“Do you give to the ones who are drunk, who may use it to buy more beer?” I asked.

“Yeah,” he said. “It’s not for me to judge them or how they’ll use it. You give from compassion to people in need.”

So now, when I remember, I keep change in my pocket too. It helps me look forward to outstretched hands that I sometimes used to resent.

In Judaism, giving to the needy is considered by some sages to be the most important commandment of all. It’s called tzedakah — which often translates as “charity” but truly means “righteousness.” It’s simply doing what is right and just.

Maimonides, a medieval rabbi and philosopher, wrote that there are eight levels of tzedakah, and one of the highest is to “give to the poor without knowing to whom one gives and without the recipient knowing from whom he received.”

But something special happens when you’re face-to- face on the street. It’s a chance to really see each other and your shared humanity, and both giver and receiver end up feeling good. I feel especially good if I give with a smile and wish them good luck.

Maimonides also wrote, “Even a poor person who lives entirely on tzedakah must give tzedakah to another.” Which reminds me of our friend Julia Dean.

Julia teaches photography around the world, but this story happened when she was a struggling artist in New York. It was a snowy winter day with a biting wind. Julia still remembers it because she walked home forty blocks in the cold, not having enough money for a bus.

“I was ten blocks from my apartment,” she says, “when a man huddled in a doorway held out a can filled with change and said, ‘Lady, you got any money?’ It hit me that I didn’t, I didn’t have any money, and I started to cry. He looked at me and then held out the can again and said, ‘Lady, you need some money?’” 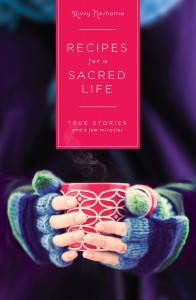 ********
Recipes for a Sacred Life: True Stories and a Few Miracles offers short,true tales that invite us to experience the sacred – in unexpected places and everyday life. This is one of the 75 stories from the book that Redbook chose as its book-club pick for January 2014, and that Publishers Weekly praises for its “exquisite storytelling…. uplifting, witty, and wise.”

Rivvy Neshama is a writer whose spiritual path draws from many sources: Eastern and Western religions, Native traditions, Sufis and shamans, and her mom. Her stories have appeared in Ms., Glamour, and The New York
Times. Recipes for a Sacred Life is available wherever books are sold and on amazon.com. For more information, see www.rivvyneshama.com.