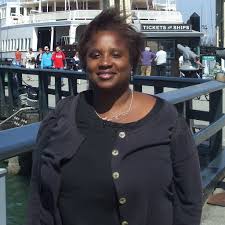 Below is a Q&A with Nancy LaRonda Johnson, author Anticipation of the Penitent

. ANTICIPATION OF THE PENITENT focuses on a killer of young girls and his mother who looks for forgiveness and redemption. Johnson’s insight into the mind of this serial killer comes from her job as a Probation Officer…

1.  Your book is called “Sinister, yet profoundly human.”  Do you agree?

Yes! I would say it’s deliciously sinister, yet profoundly human. Anticipation of the Penitent is rife with descriptions. It is not graphic with gore; however, you will get the visceral nature of the scenes and characters. The characters are you and me, but live through something much different than we do.

2.  Where did the idea come from for the book?

My initial questions when writing Anticipation of the Penitent were, why is there evil in the world, and can a sociopath be saved? There is no end to the evilness people allow themselves to inflict on someone else. I no longer had to research evil behaviors, of which I have great examples through my job trainings and my job in general.

3.  Why do you think there is evil in the world?

I actually believe that there is more good than evil in the world, but many people allow themselves to act in evil ways without regard to the ramifications. Each person has a choice whether or not they will succumb to evil’s influences. Those influences derive from many sources, including from people with good intentions and those with bad. They also come from the inability of people to handle difficult life experiences.

4.  Do you think that a sociopath can be saved?

As with many mental disorders, there are varying degrees. For a true sociopath who has only a very little sense of empathy? It’s hard to say. However, there are those who aren’t on that far end of the spectrum, but never knew any other way to live except evilly. If they learn otherwise and choose to act differently, then yes, I believe they can be saved. There have been people who committed horrendously evil acts who were transformed. A couple of examples include Stan Tookie Williams, the former Crips gang leader who helped many people to change their lives before his execution in 2005; and Malcolm X, who, before becoming a Human Rights activist for the Nation of Islam, was a drug dealer, numbers runner, burglar, and even a pimp. Yet, it was his years in prison that helped him transform and become a leader.

5.  Did you research true stories of serial killers in order to make your story as authentic as possible and/or what sort of research did you do?

I have been interested in the idea of why there is evil in the world, about serial killers and true crime for many years. I’ve read many true crime books, watched movies and documentaries, and have learned a lot about the detachment that many killers have to the horridness of their crimes. I did research on Andrei Chikatilo, the Russian serial killer in the 1980s; Ed Gein, the Buffalo Bill serial killer; Ted Bundy, murderer and rapist; and even Family of Spies, the book about the Navy officer who was a spy for years. I also loved John Douglas’ book Mind Hunter: Inside the FBI’s Elite Serial Crime Unit.

6.  Did any of your inspiration come from your job as a probation officer?

Many people in the criminal justice system learned at a young age from their family, friends or circumstances, how to become thieves, rapists, addicts, and otherwise how to look out for only themselves. A big part of probation is teaching cognitive behavior, which, in essence, is teaching the clients how to unlearn criminal thinking while taking responsibility for their criminal behavior.

7.  Can you give specific examples of cases you worked on?

Being a probation officer helps me to understand the criminal mind and aids me in creating the most violent real-life characters. Most criminals I have worked with are drug addicts and alcoholics who steal and commit other crimes to support their habits or who have acted out because of their altered states. A nurse who is also an addict loses her job and, temporarily, her child. After I arrested her for testing positive to drug use while on probation, she later thanked me because she knew then that she had to really work her treatment in order to get her life back. She has since obtained a new job, has rebuilt her relationship with her teenaged daughter and is no longer on probation.

8.  How much impact did your law enforcement career have on your book?

It impacted more on how I could show that anyone can make bad decisions, while others are born into environments where wrong decision-making is instilled into them. My career also teaches me how many people don’t understand that about the criminal and think that anyone who does something terrible needs to simply be put away. I believe that it is fortunate that many judges understand that some people don’t know better, and if a treatment program can help them change, they will give them that opportunity. Of course it depends on the crime and circumstances.

9.  Families of serial killers also become victims.  How can they best heal?

Forgiveness is the most difficult and important thing for healing. The families will need to forgive themselves, each other and, eventually, the killer in order to live a happier and fulfilling life. To do that, I believe they have to be willing to speak what’s in their hearts, hear each others’ hurts and blames, and talk it through. I think families fall apart when they are unable to go through that process.

10.  Your family is close.  What motivated you to write about troubled families?

My family has gone through many trials. I was definitely raised in a dysfunctional family and, as a child and teenager, I believed my mother did not love me. It took maturing, periods away from the family, and adhering to boundaries I set between me and my family for us to accept each other for who we are. I know that my mother did the best she knew how, and my family acknowledges that we will always be there for each other. That’s something that we can rely on. It’s still hard work sometimes. So, although I will never have the experience of being a serial killer, I have had the experience of being raised in a troubled family. This is true of many people in the U.S. I believe writing about it and showing how to overcome is one of my responsibilities as a writer.

11.  You had custody of your niece and nephew for 10 years.  How did this come about and did this affect the writing of your book?

One of my sisters was a drug addict and alcoholic. Without going through all the details and respecting my family’s privacy, I accepted custody of her last two children when they were three and five years old.  Things were going relatively smoothly until 7th grade. They got new friends and their behavior changed drastically. It became too much for me and I felt very near to having an emotional breakdown. Those were hard times, of which emotions I used to express what one of my main characters goes through.

12.  How has your involvement with a support group for people raising relatives’ kids influenced you and your writing? 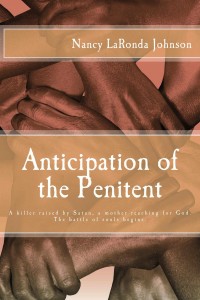 Being involved with the Lincoln Child Center Kinship Program has developed in me empathy for the many difficulties parents go through, even when they aren’t the birth parent. It let me see that my own issues of being a sudden parent to two small children were not in isolation. Although my situation of being a single aunt rather than a grand parent who has raised children was significantly different, the efforts, concerns and hurts were all the same, and translated into the trials my characters go through.

13.  Your book was a front-runner in the 2012 Indie Publishing Contest.  Is that why you’re working on a sequel?

Not at all.  Anticipating Dawn is very different in that it deals with victim reunification, or bringing surviving victims back to wholeness. A relative of the serial killer, seeks to provide solace to those families, but instead causes great turmoil. It also deals with the relative’s best friend, a gay Christian who searches to find his way. Both books come from my heart and spiritual beliefs. It comes from a need to write and share these lives.

14.  If there was one message readers could get from the book, what would it be?

Faith, forgiveness, and being able to let go can set us on a path to healing.