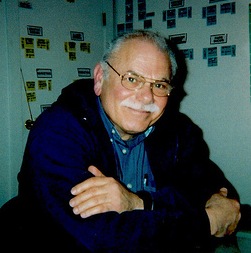 Below is a Q&A with Joseph Sutton, author of The YEARS the Giants Won the Series: A Fan’s Journal of the 2012 and 2010 World Series Seasons

. Drawn from his personal journal, Joseph Sutton’s observations of the San Francisco Giants’ climb to win two World Series will remind you over and over again how a bunch of ragtag ballplayers in 2010 and a band of young ballplayers in 2012 became champions of the world against all odds. Interspersed with comments from his notes of twenty years ago as Little League coach for his young son Ray’s teams, Sutton enhances the importance that baseball plays in cementing relationships between fathers and sons, and some daughters too. Below is a Q&A with him…

1. What is the most challenging part of being a parent for you and how do you manage that challenge?

It was extremely challenging when my son was depressed, had low self-esteem or was unhappy. I kept asking myself, “What can I do to get him out of this negative state of mind?” A parent, above all, needs to be patient and empathize with his child.

2. What has been the most rewarding part of being a parent? 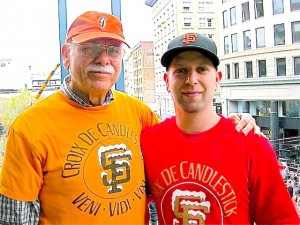 Seeing my son grow, mature and turning out to be something I never had the slightest thought of him becoming. My son Ray is a high school counselor.

3. How was it to balance being a parent, husband and following your passion to write books?

It wasn’t easy being a parent, husband and writer. Until my first book sold, I was a high school teacher until I quit and became a costume jewelry salesman. I had very little time to write during that ten-year period in my life, but being a writer never left my mind. After my first book was published, it gave me the time to write full-time.

4. It seems like today, many young people are less likely to get married and then have children. What are your thoughts on that and what advice would you give them about getting married and having children?

I come from a large family of six boys. But that doesn’t mean I believe in large families. The world is overpopulated as it is. I had only one child and it was a very fulfilling and rewarding time for me. It seems to me that couples without a child are missing out on one of life’s great challenges and adventures.

5. What advice would you give to newly married men about being a husband and a father?

My advice to newly married men is to realize that your wife is imperfect and that compromise is necessary for a loving relationship. As for being a father, love your child and take a keen interest in him or her from the get-go. Feed your child’s passion, whether it’s sports. academics, music, dance or whatever. Feed it and nourish it. Above all, be patient and trust your child’s judgment. 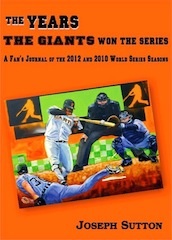 6. Why do you think it took 20 years for you to publish your first book; and then subsequently you were able to successfully publish 10 more books? And, what helped you maintain your commitment to being a writer during those 20 years?

It took me that long to publish because one publisher was willing to take a chance on me. After that my confidence soared. Confidence is so important to the psychological makeup of a writer, athlete, teacher or any other profession. What helped me maintain my commitment was my persistence—I somehow have something in me that won’t say die. Of course I had my doubts along the way, but my love of writing, of creating, stayed with me.