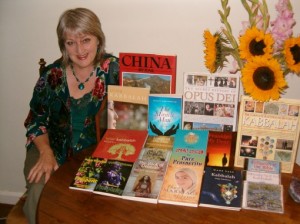 This article is a guest post written by Maggy Whitehouse, author of A Woman’s Worth: The Divine Feminine in the Hebrew Bible

Several ancient mystical traditions, including the seminal Kabbalistic text, the Zohar, place Abraham, Isaac and Jacob, Moses, Aaron, Joseph and David onto the Kabbalistic Tree of Life; each one representing an aspect of the Holy One. The wives of the Patriarchs, Sarah, Rebekah, Leah and Rachel, are generally lumped in with their husbands. But the Matriarchs, together with many other women in the Hebrew Testament, also fit onto the Tree of Life in their own right and placing them there gives their stories a new depth and relevance to us today.

The women’s stories, told chronologically, tell of “the fall” from Eden and then rise back up the Tree of Life, from the base to the place of kingship, demonstrating growth from lives ruled by social convention into the actions of heroines who represent the Divine Feminine in the world. This chronology cannot be a coincidence; whether it was intended by the writers of the Hebrew Testament as part of the Hidden Tradition or whether it is through the Grace of God, we will never know. But it deserves to be marked, examined and, hopefully, celebrated.

There are many books on Kabbalah which are complex and dense but, just as music is made beautiful or discordant by the spaces between the notes, it is the hidden aspects behind written traditions which can transform the ancient texts from harsh or incomprehensible to something which can inspire and serve all who come to them, whatever their system of belief. This veiled tradition is the Wisdom Tradition. It is sometimes referred to as the feminine line. The masculine would be the exoteric, written down and often set in stone; the feminine being oral, esoteric and fluid enough to update with every generation.

The two aspects work together — just as they would have done in the first Temple of the Israelites, before it fell into alleged corruption and was reformed before the Babylonian exile in the sixth century BCE. This temple revered “Yahweh and Asherah” as the male and female attributes of the one high God and included grain, incense and wine as its offerings to these deities.

Asherah was driven into exile and Yahweh became the face of the one God. But the Divine Feminine did not vanish; her story is woven throughout the Hebrew Testament in the lives of its women. Exoterically, these are historical documents — some more accurate than others. Esoterically, they provide us with spiritual guidelines for living and return us to the living Tree of Life — often depicted as the almond tree or sacred grove of Ashratah in the Hebrew Testament.

Most religions follow the exoteric content and, at that level, it is easy to judge the Biblical Testaments as being anti-women. We are told of Eve, who brought the first sin to the world; Miriam who criticised Moses and was afflicted with leprosy in return; Leah “the unloved” who tricked Jacob into marriage; Rebekah who lied to make her husband bless her favourite son rather than his; Mary Magdalene, who had seven devils driven out of her and who was unjustly labelled as a prostitute for centuries. Only the Virgin Mary is attributed all virtue. 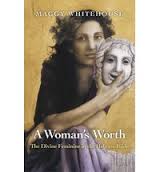 But the stories of the women in the Hebrew Testament have psychological, spiritual and divine messages for us too. Placing them on the Kabbalistic Tree of Life shows the women “growing up” and taking power in a way that can be inspirational to the mother, the businesswoman or the self-help expert today. There is so much that we can still learn from the stories of Miriam whose life was a well of “living water” for the exiles in the desert; from Ruth, who was willing to leave her home and tribe and trust in the God of her mother-in-law, Naomi; from Deborah, revered by warriors and generals and from Esther, the simple girl who became Queen of Persia and became willing to offer her life for her people.