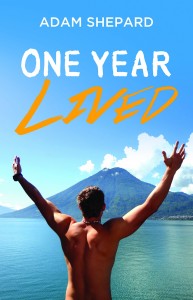 This post is an excerpt from One Year Lived written by Adam Shepard.

Americans—young Americans, especially—need to experience the world more. A mere 35 percent of Americans have a passport, and New Passports Issued is down one-third from five years ago. Even my Stateside friends who do have passports either used them just once for a specific trip or on weeklong, all-inclusive package deals to France or Italy or Caribbean beaches.

Worse, Foreign Policy magazine recently reported that almost one in three American teenagers doesn’t pay any attention to daily news. “Another 32 percent are merely ‘casually attentive,’” they write. Combined, that translates to over 60 percent of America’s youth who are unaware of or apathetic about world events.

On the last leg of my trip, I considered the shame of this during a day trip to Auschwitz. I had previously read Anne Frank’s The Diary of Young Girl and seen Schindler’s List and watched a couple of documentary accounts, so I thought I had some perspective on these awful places where Germans herded Jews. But when the moment came, and I found myself walking where the persecuted walked and brushing my hands over the walls where their frail bodies leaned, I realized my teachings had left me short of a complete education on the devastation of Auschwitz.

People were tortured here. They were starved and beaten. They were refused a change of underwear. They were stuffed into that chamber and gassed. They were hung on those gallows, displayed for the torment of their peers. They were lined up on that wall there and shot in the head. Brothers and sisters, friends and lovers were forced to carry the dead bodies away and burn them. Creativity died here. Talent died here. Visionaries and innovators died here. Future doctors and researchers and mathematicians and journalists—they all died here.

These were their eyeglasses and shoes and dishes. The prisoners were told they were simply being relocated, and this was the luggage they brought with them for the promising journey.  Hitler once said, “we shall regain our health only by eliminating the Jew,” and I know there are a lot of angry people like him, but that kind of anger became more real once I actually stood among the effects. At Auschwitz, the most extensive murder campaign in human history had been carried out. I could sense the corpses, the souls tormented in this place. Women and children sent on arrival to the chamber, men forced to work and then sent to the gas chamber when their utility had been exhausted.  These were the gravel roads where they marched to their death, bare feet bloodied and frozen. These were the barracks where they slept, huddled together on tiny wooden bunks as a bitter winter raged around them.

I left Auschwitz after only seven hours, my emotions still on edge. Upon returning to America, I knew I would want to tell my friends about this place, but I also knew that words would fail to describe my experiences. It’s a place that must be experienced, not read about. It’s a place that must be touched, not seen in blurry photographs. Yet I know that most of my friends will never visit Auschwitz, not because they feel as though they’ve figured it out, and not because they don’t care about the horrors that took place there, but because they simply don’t travel. It’s an American affliction.
It’s puzzling. Why don’t we travel? Do we lack imagination? Are we scared? Too busy? Too skeptical? Too worried that we’ll be forced to like soccer? Are we working too hard? Are we ignorant of the possibilities of world exploration? The United States has some amazing landscapes to discover, but do we just figure that’s good enough and there’s no need to step beyond our borders?

There’s cultural diversity in the States; indeed we’re one of the most culturally diverse countries in the world, but maybe that diversity still leaves us short of complete educations. Fantastic traditional restaurants populate cities big and small across the country, but we don’t have chicken satay served up freshly grilled in two minutes, street side, by an Indonesian dude in Bogor. We have Irish pubs, but we don’t have The O’Sullivan Brothers playing live in the corner at The Quays in Dublin. We have first-generation immigrants from Latin America—both legal and illegal—but we’ve never seen the plight they’ve escaped.   There is only one way to gain firsthand experience: firsthand.

The more we travel, the more we develop either a distaste for or an attraction to our home country. For me, it was the latter. Each day brought new adventure, and, just the same, each day hastened my arrival back to my favorite country in the world. I appreciated each place I visited, and I worked to make the most of my journey, but not once did I think, Hm, yeah. I’d like to live here one day. The longer I trod, the closer I drew to the traditional American values of courage and liberty and tenacity.

But I also started to see clearly my own ignorance, as well as the erroneous presumptions people make about the world. The beliefs I encountered on my travels were almost as outrageous as the ones I brought along with me. Aldous Huxley once wrote that “to travel is to discover that everyone is wrong about other countries,” and after most locales visited, I’ve saluted this philosophy… 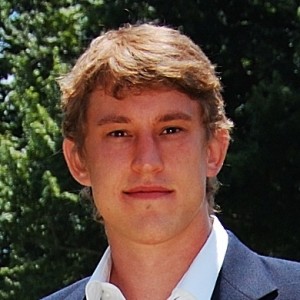 In the Philippines, I met Olle, the only Swedish person I encountered on my travels. I didn’t like him. Constantly cold and aloof, he complained an awful lot. He made plans with Ivana and me and then failed to show up. So does that mean I won’t like any Swedes? Did he not like me, either? Was he a jerk that day merely because of other events and circumstances in his life? Had he recently received a bit of bad news?

In Kraków, Poland, a young man named Jeff arrived at my hostel after a long day of travel. Despite being weary and hungry, he nevertheless maintained a cordial and upbeat demeanor. Kazimiera, the receptionist, glanced down at his passport as she signed him in. “It’s your birthday!” she chimed with a thick accent. “Yes, it is,” he said. He’d been on the road for several birthdays and didn’t mind if this one passed in the dark, as well.

Ivana and I went for a run. We came back. We showered. We pulled on clean clothes. We walked into the kitchen–dining room area to make a salad for dinner. Kazimiera entered, balancing a croissant on a plate, bridged by two candles, and tucked under her arm, a bottle of rum purchased with her own money. She sang “Happy Birthday” to Jeff in halting English. Just met this dude, didn’t know him from any other traveler, hadn’t exchanged more than a few hundred words with him in her life, and she made his day. We divvied up shots and laughs as Jeff declared that this was his favorite birthday ever.

And I remember thinking, at that moment, about my view of Poland. That it can get brutally cold. Wars had been waged there. Their economy festers in the dumps, much as it always has, much as it most likely always will. Nothing revolutionary comes from there, save a tasty kielbasa. And when we arrived, no one in the street really gave me much of a nod or a smile.

Yet here was Kazimiera, the warmest, most generous stranger I’d met in a year.  I used to think that Americans reigned supreme, and many of my peers have shared this sentiment with me. My friend Michael Virchow, a self-described redneck, once told me that he didn’t need to ever leave the country. “All of the great people of the world are right here,” he said. That seems a wild statement to me now. Traveling has heightened my understanding of the vast assimilation in America. If I’ve learned anything from one plane ride to the next, I’ve learned that no society is better than another. People all around this world are just as scummy or loveable as those found in America. Some hate homosexuals; others invite them into their lives. Some beat their dogs; others cuddle with them. Some prefer sunsets; others sunrises. You assume all this before you step outside your border, but it’s humbling nonetheless to actually experience it for yourself…

Shouldn’t we be excited to meet the wonderful people of this world, to learn the history, to see the scenic places and taste the yummy food? And what about the darker side of this globe? Even if it’s not practical for everyone to save their money to go travel for a year, I see no reason why everyone couldn’t scrape together the change for a plane ticket to go volunteer for a little while, at the very least. There’s suffering in this world, and that suffering ain’t in America.

Get out there. Meet people. See places. Eat street food. Take a class or teach one. Inform yourself about the world and inform the world about you. Choose your own adventure.
• Stand in Auschwitz.
• Dig a trench.
• Muster a mob of cattle.
• Sing karaoke in an unfamiliar tongue.
• Test local beers.
• Go fishing in alien waters.
• Take a kid for a ride in an airplane.
• Play rock-paper-scissors.
• Observe the treatment of the natives.
• Hike a mountain your friends have never heard of.
• Put the moves on a good-looking stranger in a strange bar in a strange land.

Samuel Johnson was right when he said, “The use of traveling is to regulate imagination by reality, and instead of thinking how things may be, to see them as they are.”