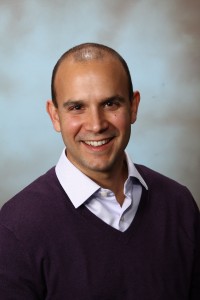 The Bhagavad Gita says, “…the wise man who knows the truth should not disturb the mind of him who does not.” When I was invited to view a film asking us to chant, en masse, the magical 3-word mantra, “I am God,” I admit, I was skeptical for two reasons. First, because I believed the film would be very polarizing and threatening to conservatives, and second, as a follower of “A Course in Miracles”, I had been very comfortable believing I was a child of God in whom God is well pleased, but to say I am actually God himself, well, wasn’t that blasphemous? As it turns out, the only blasphemy here is to sell ourselves short of the infinite power we possess.

In Michael Perlin’s well-crafted documentary film, Three Magic Words, we ask ourselves the question, “Who am I?”, and through interviews with authors, vignettes of a gorgeous young truth-seeker (Gabriella Ethereal), and visual art and motion graphics, we begin to piece together a feeling-realization that we are the one life, the one truth, the one way, and only within our own minds can we solve the mystery of existence.

The film is imperfect: it suffers from a lack of technical prowess at certain points; the dramatic sequences with Ms. Ethereal pull us out of the film’s narrative (mainly because she is a bit too sexy for the subject matter); and occasional speeches from the film’s host (Cameron Smith) are static, dry, and without any visual cutaways, which led this viewer to become impatient. Overall, however, the message is not damaged by these shortcomings.

The dozens of interviews never seemed overwhelming and broken into bite-sized chunks. The humorous quips of author Gary Renard bring a much-needed levity to the film, as most of the speakers are more serious in tone. Riz Story, the DP, editor, and composer’s vibrant score adds some enchantment and mystery as the film build up to its main message. The visual palette is often rich, and the authors, such as Kute Blackson and Neale Donald Walsch, appear as spectres, floating beings, in tropical landscapes. This device works well, and keeps us in a contemplative mood, preparing us to know that we are God.

All in all, the film, at a running time of 71 minutes, does keep us engaged, and offers hungry spiritual viewers a feast of words and images upon which we can digest, and when the film finally arrives at its main point, we are prepped and ready to own it.

Some of the funniest moments in the film come when Perlin interviews people on the street, asking them if they are okay with “being God.” Predictably, they are not ready for “that responsibility”. The film also hammers home the message that once we take responsibility for the fact that we are creating our own personal suffering by inflicting pain upon others and our environment (from which we are not separate), we can truly have the peace and joy that we all desire.

The movie also has to potential to convince many that we are not simply bodies, and bodies are only a reflection of what we want to see – in truth we are limitless. This concept, again, is one that may perturb the mind of one who has not yet tasted the divine, but those who are ready, will enjoy deeply.

The film’s theatrical release with Viva Pictures has been through Tugg.com. Creator Perlin and his producer Maura Hoffman, have plans to tour the film around the U.S. this fall and then to London in December of 2012, and the film is also available on DVD and streaming through their website. An ambitious effort like this, which took four years to produce, is not as easy to make as it looks, as the film has dozens of authors interviewed, many locations, and many minutes of graphics and effects which are time-consuming to make. If you have the means, I recommend funding filmmakers like Perlin to make more projects with these messages. 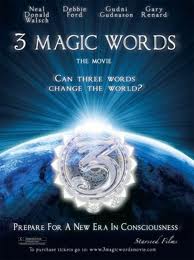 As for my skepticism as to the mass appeal of this film and its polarizing nature, I’ve realized people are more ready that I previously thought. As the Course in Miracles says, “A good teacher must believe in the ideas he teaches, but he must meet another condition; he must believe in the students to whom he offers the ideas.” Michael Perlin truly believes in us and trusts us with his message: We are God.

Seekers (and finders) of the truth will be well-pleased with this offering from Starseed Entertainment, but most of us movie lovers are still looking for that seminal film that will merge art and enlightenment.