While on vacation a disconnected family gets stranded near mystical Mt. Shasta and gets more than they could have ever bargained for. A family drama expands into a spiritual mystery, finally growing into a mystical adventure in Dreams Awake Movie.

I had a chance to interview the writer,director and producer of Dreams Awake, Jerry Alden Deal. Below is a copy of our Q&A…

1. Why did you make Dreams Awake? 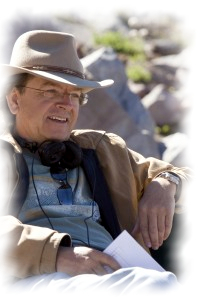 I love this question because it goes straight to the heart of it all. And as I sat, and sometimes paced back and forth, to come up with a truly honest answer, I realized that the answer was a complex one. Plus, I think the people who read this do deserve the real scoop, so I wanted to make sure I thought this out.

In the end “Dreams Awake” really came into being because of three different situations culminating in my life at a pivotal time.

The first thing was my own spiritual path. I have been a seeker, a searcher, a practitioner, or whatever you might want to call it, for quite a while now. I had some experiences as a child and a teenager I couldn’t explain that set me on this path, which is still a journey I am on to this day. I could easily write a book about this. And maybe someday I actually will.

The second thing is my relationship with Mt. Shasta. Forty years ago in 1972 on my first trip to that spiritual place, I fell in love with the mountain. I have been making trips there ever since. In fact, my wife and I got a second place up there a few years ago. It feels like my ‘spiritual home.’

The third thing is my career in the film business. For a number of years now I have been writing screenplays that were not getting produced. Yes, I have been contracted on several occasions to write scripts, and have had a number of other spec scripts optioned. I have been very close a number of times of getting a project into production, but there always seemed to be a hang up somewhere.

Anyway, as I got older and the production execs got younger, there came a time when industry ageism reared its ugly head. And the phones quit ringing. I was stuck, but I still felt I had plenty to write about and communicate.

So one day, while standing on my deck at our house near Mt. Shasta, I gazed upon the mountain and reflected how particularly beautiful she seemed right then. And then it hit me. How come no one had made a movie up here? That set the mental wheels in motion, and it wasn’t long before I had the spine of a story. I spent the better part of the next two years fine-tuning the screenplay, and felt I was pretty much there after a number of drafts and polishes. 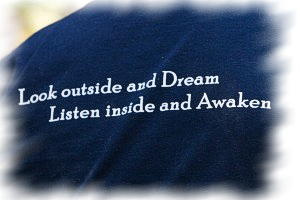 I knew what a mountain I was about to climb when I decided to produce and direct my own screenplay. I had been taking directing classes and by this time had directed four shorts. But a feature? And one about the spiritual concepts that interested me? And where do I get the money? I looked around and drafted my wife to be the executive producer, asking her to be a treasure hunter. If she could find some buried treasure, I told her I’d take care of everything else. There seemed to be a lot of magic surrounding the film. And we were on our way. About 18 months later we were actually in production.

The story of “Dreams Awake” resonated with me personally because of my own background and spiritual experiences with the mountain. Add the fact that an industry tried to tell me they had no use for me, and me feeling I had plenty to say about spirituality from my point of view and there you have it. So I guess in the end, you could say a combination of desire, opportunity, background, serendipity and a little bit of luck was why (and how) “Dreams Awake” was made.

2. What has the reaction been from viewers who watch Dreams Awake?

I guess like many films, we’ve had a mixed reaction, ranging from one extreme to the other. But overall it seems we’ve had really great reactions to it. Of course, this film is obviously not for everyone, because in some ways we do ‘step on some toes.’ Meaning, we have had some negative reaction from people in the ‘traditional’ religious world, because they think we depict religion in a negative light. This film is probably not meant for them, but if they looked a little closer about what the film is actually trying to say, it certainly is not trying to dismiss spiritual (or religious) seekers. Only the institutions that could take advantage of their vulnerabilities. In fact, the film is really for the spiritual seeker. I personally think that all types of religious or spiritual persuasions or philosophies out there certainly have a place in our society, as long as it is serving its people in a positive way. But anyway, I think there are many more positive things to focus on in the film than this.

In addition, I have been heartened by the fact that we have received messages from people who don’t really have any particular spiritual view, or even much of an interest in spirituality, but who really like the film. Several have even communicated that it got them thinking about the types of things we explore in the film. I am probably most gratified about that than anything else.

And finally, there seems to be one intriguing thread for many of our viewers. I can’t tell you how many times someone has told that they had to watch the film three or four times before they really felt they ‘got’ it. That has been fascinating for me. And when I’ve had the opportunity, I certainly ask them about it. I don’t know if there’s any kind of consensus about why that is, but some just say that they think it is packed with several messages. Personally, I feel there is one major theme, and possibly 3-4 sub-themes, along with a few message nuances to support the whole thing. I could go on forever about the film’s thematic content, but I don’t think we have the time or space to do that here. I’ve actually began writing what you might call a ‘white paper’ on what the film is really all about. And I’m discovering a few things along the way myself by going through that whole process.

3. What did you learn about yourself as you made Dreams Awake?

Oh, I could probably write a book about all that too. But seriously, probably the main thing I learned about myself was just the fact that I could take so much on and actually do it. Of course, it takes the work of a lot of people to bring a film home, and I will always be immensely grateful to all the people who worked on our film. That is the icing on the cake, to get to meet and work with such a great group of people. I feel we were so lucky to have such a wonderful cast and crew, some of who will become lifelong friends.

But again, developing, producing and marketing a feature film is an absolutely tremendous endeavor for anyone to take on. Having been a writer for a good portion of my life and feeling how difficult that can be, but then learning that is nothing compared to being a filmmaker. I have a newfound and utmost respect for the immensely difficult process a filmmaker goes through to get his/her film out into the world. And never knowing if anyone will like it or even respond to it. What a leap of faith. I could easily say that making a film is a spiritual experience in and of itself. One I will never forget, and one I would love to continue doing. In a way, you could even say that this overall experience was been quite an awakening for me. It has certainly better equipped me to take on our next film, which I believe will be a real treat for our future viewers. 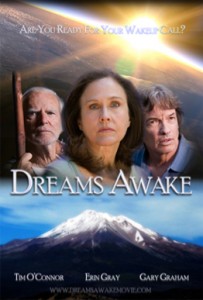 That leads me to one final point. One of the most difficult tasks for an indie filmmaker who is self-distributing (which many more like us are doing nowadays) is for them to truly find their audience. Obviously, we indie filmmakers have no immense corporate studio backing to help with that activity, thus requiring us to create a whole other operation. And whether our audience be 100 or 100 million, we can only hope we find them and reach them in some way. We do welcome anyone out there who feels they can help us in this grand endeavor of helping us find our audience.

And thanks Matt, for this opportunity to talk about “Dreams Awake.” I leave you with this quote by Henry David Thoreau, which is where the title came from. I’m sure he would have loved Mt. Shasta.

“Our truest life is when we are in dreams awake.” – Henry David Thoreau

For more information about Dreams Awake, you can visit the film’s web site at http://dreamsawakemovie.com/ .