The Tree of Life Movie Review by Stephen Simon 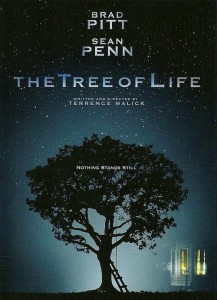 When I was 22 years old, the last 15 minutes of Stanley Kubrick’s 2001: A Space Odyssey introduced me to a cinematic concept of the vast wonder of the cycle of life and death that I had never even imagined before. At that time, I thought no one would ever again attain that kind of symbolic representation of spirituality on film.

And then I saw The Tree of Life, which is so mind-bogglingly original and breathtaking that it truly defies description and categorization. The film is so majestically and subjectively emotional that seeing it feels more like a deeply personal and spiritual experience than it is the viewing of a film. One gets the sense that each one of us in the theater embarks on our own internal journey during the film and, as such, we experience the images on the screen in a completely individual manner.

Contrary to some other reviews, while the style of the film is indeed groundbreaking and dazzling, there most definitely is a story at the core of The Tree of Life. In it, Brad Pitt plays the father of three young boys growing up in Waco, Texas in the 1950s. His relationship with his sons (and his wife, played with great humanity and compassion by Jessica Chastain) is one of extreme complexity, love, strict discipline, affection, reproach, fear, respect, and rebellion. Mr. Pitt’s performance in The Curious Case of Benjamin Button firmly established him as brilliant actor. Now, in The Tree of Life, Mr. Pitt has elevated his craft to a new league of brilliance as he gives one of the most nuanced, frightening, evocative, and haunting portrayals of a father in recent memory.

The true magic of the film, however, does indeed lie in the imagination, spirituality, and visual artistry of its reclusive and visionary writer/director director Terrence Malick. The word “genius” is thrown around so much in film nowadays that the word unfortunately loses some of its power when the real thing comes along. And Mr. Malick is unquestionably the real thing…to the Nth power.

Amazingly, The Tree of Life is only Mr. Malick’s fifth film since Badlands, his brilliant 1973 debut. Mr. Malick does not give interviews and does no publicity for his films. Even when The Tree of Life was given the distinct honor of being the opening night presentation (and ultimately winner of the Palme D’Or Award for best film) at the recent Cannes Film Festival, Mr. Malick was nowhere to be seen or heard. In that, he shares an eerie kinship with Stanley Kubrick who directed 2001 and really wanted his films to speak for themselves. The Tree of Life certainly does do that.

The style and images of the film (including the very birth of life itself) are so unique and awe-inspiring that words truly cannot describe them. In a way, that lack of appropriate words is the entire key to the film and its title. How can anyone truly describe in words a spiritual experience of the very essence of nature, life, and death? Visually and emotionally, The Tree of Life propels us headlong into that journey in such a deeply pervasive way that I do feel the need to say here that the film is most definitely not for everyone.

While I was personally exhilarated and mesmerized by The Tree of Life, I can also completely understand and respect those who have said that they found the film to be depressing and even deeply disturbing. In Cannes, for instance, most audience members reportedly stood and cheered at the end of the screening there, but there were also a substantial number of people who booed mightily. As such, I strongly suggest that those who have real misgivings about seeing the film should respect those feelings and indeed stay away. If, however, you feel drawn to the film, you are in for the visual, emotional, and spiritual experience of a lifetime.

The Tree of Life is truly one of the most profoundly original, moving, and engrossing films that I have ever seen.