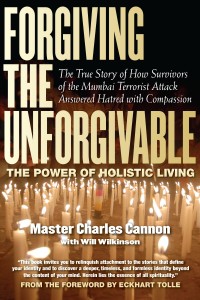 In November of 2008, Pakistani Muslim terrorists attacked Mumbai. One of their targets, the 5-Star Oberoi Hotel, was where Master Charles Cannon, and twenty-four of his international Synchronicity associates were staying. During the ensuing 45-hour siege, four in the group were wounded and two – long time members Alan Scherr and his daughter Naomi – were killed.

When rescued by SWAT teams and interviewed by the international media, they all expressed immediate compassion and understanding toward the terrorists, offering words of forgiveness, not accusation. This catalyzed a deluge of e-mail messages and phone calls from around the world. “I am inspired by your response,” people wrote. “How did you get to be the way you are?” And, “How can I learn to be that way too?”

Forgiving The Unforgivable: The True Story of How Survivors of the Mumbai Terrorist Attack Answered Hatred with Compassion

I recently had a chance to interview Master Charles Cannon about what it was like being in the midst of a terrorist attack, how he responded and why he wrote a book about it, Forgiving the Unforgivable. Below is a transcript of our interview…

Why did you write Forgiving the Unforgivable?

Master Charles Cannon: Hundreds of emails and phone calls poured in from around the world in response to media interviews in the wake of our rescue from the 2008 Mumbai terrorist attack. We compassionately forgave our attackers immediately and people were inspired; they wanted to know how we were able to do it and how they could learn to do the same. The book tells our story and explains our way of life that allowed us to fully experience our grief, yet answer hatred with compassion.

What were you thinking while the terrorists were attacking the 5-Star Oberoi Hotel? After you realized it was a terrorist attack, what did you do or how did you respond both internally and externally?

Master Charles Cannon: Initially, there was a great deal of confusion. We didn’t know what was happening. As we were informed, through television and cell phone conversations, we were able to accept the reality that yes, this was a terrorist attack, we were in the middle of it, and that we could die.

Our response was to pay attention, both internally and externally. Often people panic in a crisis and become so overwhelmed with fear that they frantically search for external strategies: “What should I do?” We asked a different question: “Who am I choosing to be?” We refused to be victims.That’s a choice, after all. Instead, we chose to continue as we were, focusing on the inner values that we cherish above all – love, compassion, peace – and to continue expressing them while we meditated, remained focused in the present and stayed wakefully aware for the subtlest insights that might prompt us to act in life-saving ways.

There were also practical things to do in order to survive. Like, break windows to get air when the room filled with smoke. Stay quiet in case the terrorists were right outside our door. Wait for instructions from the authorities. But we did all these things in what we call “witness consciousness,” remaining expanded in our awareness rather than contracting in fear.

You are the leader of Synchronicity Foundation for Modern Spirituality. How does your belief in synchronicity affect the way you view the reasons why the terrorists attacked Mumbai?

The first chapter of our book about Mumbai is called, “An Experience Whose Time Has Come.” This attack was an experience whose time had come, otherwise it wouldn’t have happened. There are a million things in this universe that we can’t understand and why things happen is one of them. What happens, happens, and then there are the stories we tell about it. You can study factors relating to any situation; in this case learn who the terrorists were, what their mission was, etc., but that never tells the whole story.

Two of our friends were killed and one of them was a sweet thirteen-year-old girl on her first trip away from home. What did she do to deserve such a fate, one might ask? In truth, we don’t know. But we do know that, if it happened, it simply happened. The important question is, how do we respond?

In a way that guarantees more of the same? Or in a way that changes the future? Our acceptance of what happens is always combined with a personal expression of what we prefer the future to hold: Forgiveness, for instance, not demands for revenge; compassion, not hatred; peace, not terrorism. 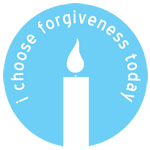 How were you able to forgive the terrorists for what they did?

Master Charles Cannon: We refused to see them as separate from ourselves. For us, as long time meditators who have been investing in the holistic awareness of oneness over many years, it was natural to include them as aspects of ourselves. So, this let us learn from them. Instead of being victims, we chose to be students and learn from the experience. After all, if we’re honest, all of us can glimpse aspects of terrorist behavior in ourselves. We may never come close to picking up a gun and killing someone, but we might curse at another driver, we might even be cruel with a spouse or a child, or we might terrorize ourselves with life-negative thoughts and beliefs, and live in a fear-based virtual reality. So, looking in the mirror provided by a terrorist wielding a gun, what needs to change in me?

That was our attitude towards the terrorists. We didn’t condone what they were doing, of course, and we certainly felt fear and sorrow. But we were able to compassionately forgive them because we did not separate them from ourselves. Oneness includes everyone, even those most radically different than yourself.

What sort of response has the book received?

Master Charles Cannon: We’ve received grateful comments from readers all over the world. They thank us for telling our story and providing simple recommendations for how they can expand their own holistic awareness and become able to meet the cruelty they often face in their own lives with an expression of compassion that helps change the future. 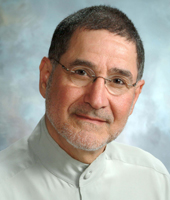 Master Charles Cannon:  Some people think we were heroes but that’s not my perspective. We were ordinary people in an extraordinary situation and, really, we just continued doing what we always do. We expressed the qualities we wish to see in the world. So, I hope readers get that message and apply the lessons in the book to themselves, rather than elevate us somehow. What we did, everyone can do.
It’s simply about choosing to live that way.

Master Charles Cannon is a modern spiritual teacher and founder of Synchronicity Foundation for Modern Spirituality.