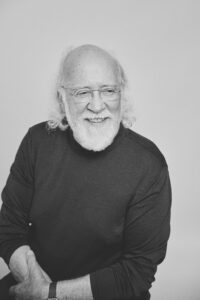 I have a neighbor down the street who sleeps with a shotgun under her bed. We live in an upscale, semi-rural area of low or practically no crime, yet, while I find our area idyllic, she finds it dangerous.

The problem always comes down to other people, people with other ideas, other viewpoints, different philosophies, political or otherwise, other people with crazy notions of right and wrong, prejudices, bad attitudes, stupidity and small-mindedness and the assurance that they are in the right and I am in the wrong. And, not surprisingly, they feel the same way about me.

How can a metaphysical, Thirty-eight Steps method solve conflict when for much of the time people resist sitting down and working out their differences, preferring to posture and preen, self-regard self-righteously, secure in the myth that only they know the truth?

The origins of the Process which came from a conversation I had with the late, great Rabbi Zalman Schacter-Shalomi where we were despairing, over lunch together, about the state of the world. Reb Zalman said to me, Why don’t we have a group of rishis—the Sanskrit word for an enlightened soul or sage—help guide the world. I remember thinking to myself, “If anyone thinks they are a great soul, worthy of leading or guiding the world, better watch out!” Then I thought, perhaps there is a Process through which a person could become a great soul, someone who could help with peace because they were becoming peace themselves. The Nondual Process was born of my desire to give all of us a reliable tool for the best in ourselves to use, to increase our spiritual awareness and intelligence and to do it in a way that did not need years of meditation and theorizing but because it was large enough to hold the great opposites of life and make them opportunities.

The Process takes a different look at how to solve conflict. It is not based on some specific form of communication that cuts through irrationality in a magical way. It does not depend upon our feelings of grief at the suffering of the world or appeal to our humanity in some emotional manner. Instead, it depends upon some of the hidden truths about the world and asks us to simply see how the world is made, how it works, and allow these descriptions—poetic, indirect, potent, and true—to change us.

Here is an example using the very first of the Thirty-eight Steps:

Admittedly, a mysterious sentence. Let’s take it apart. This sentence asks the user—remember, since we cannot force opposing parties to use the Process together, though that often happens to the benefit of both—we start with ourselves and here, before we get into any of the details, we are told to take notice: something will stand in our way. It will stand in our way not because we are reluctant to change or bad or evil in some way, but because the nature of creation, of existence itself, is that it will resist change. How can this be when we are also told that change is the great constant of this world? It is true because for things to continue in form, to exist, to live, they must on some level, refuse to budge. For example, at the most fundamental level of existence, such as the level of elementary particles, we have protons who lifespan is approximately the age of the universe! While gnats and humans disappear in a breath, protons, one of the fundamental building blocks of our existence, prefer to remain as they are for billions of years! So this first step asks us to realize that the change we want will automatically meet up with the desire to remain the same because of the very nature of material existence. Now our eyes are open and we are not going to go into the next step mugged by the resistance to change we will feel and believing that it is all personal when it is a universal truth.

Now the Process brings us from a universal concept—that matter does not want to change—to a personal one: change is difficult and even dangerous for human beings. We are involving people now, with feelings and ideas they hold dearly, often as if their life depended upon it—as it sometimes does, people with oppositional natures and in-bred beliefs. It will be hard. Go into this with your eyes open, says the Process. Come out of the dream.

Do not be afraid, but oak, big and deeply rooted. 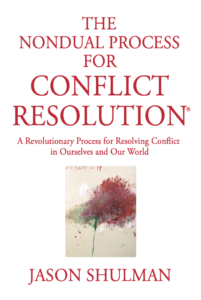 Now the Process reminds us that there is also something in the makeup of the world that is fundamentally trustworthy, something we can depend upon. We can know the truths of the first and second Steps but count on a countervailing force, also universal, that will sustain us as we explore change.

The Process is not intellectual though the conceptual is obviously there. It doesn’t simply ask us to think about these things. From writing down our initial question or desire, to going through the bracketing process—a process of refining our initial question which I will not describe here—the Process, much like a meditation, asks us to feel each of these sentences in our body. I can honestly report, from the examples of hundreds of people I have talk with, that this is a powerful experience. People liken it to being a pebble tossed in a stream until they are polished. It is quite an experience and lets you know that you have been grappling with the lions of reality.

The thirty-eight Steps, which often get more unusual and potent as the Process goes on, are on some amazing level, one of the “instruction sets” of the world. They describe in compact, poetic terms, truths about how the world is constructed and what needs to be changed in us for change around us to happen.

When we do this we sit in a different place with our enemies, whether inner or outer, and the possibility of cooperation emerges.