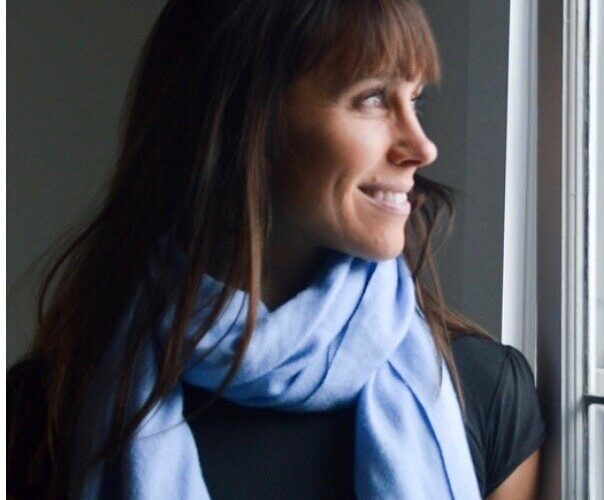 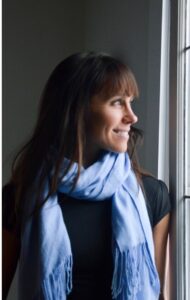 The Sumerian Goddess Inanna has numerous epitaphs, including Queen of Heaven and Earth, the Goddess of Love and War, and the Morning and the Evening Star. These titles capture the balance that she embodies and her willingness to integrate her polarities. Inanna’s myths reflect her multidimensionality and her prescience as a teacher of ascension and unity consciousness. It is through the act of coming into balance that Inanna performs her teachings. Despite her divinity, Inanna insists on her physicality, integrating the duality of the human and the Divine. Inanna’s mythology emphasizes that coming into alignment within enables a transformation without. Prioritizing this inner transformation allows us to establish a heart-centered reality in the world at large. This collective transformation is crucial for the survival of the planet.

Myths give us insight into the ideologies of the cultures they describe, but they can also teach us about ourselves. They remind us how to see ourselves as the heroes of our own life stories. Central to the mythology of Inanna is her process of looking within to find faith in herself, demonstrating how this process impacts everyone and everything we interact with. A faith in self is essential to our capacity to heal our individual wounds, thereby lifting our vibration so we can do our part in harmonizing the planet.

In Inanna’s most well-known myth, The Descent of Inanna, she actively sets out to reconcile the shadow and light aspects of self and come into balance. The myth begins with Inanna’s inner call, despite all logic, to venture into the underworld from which no one returns. At each stage of her descent, she is forced to give up one of her earthly possessions until, literally naked, she has nothing left and faces her death. Symbolically, this is Inanna’s exploration into the recesses of her being. She leans into her descent willingly, knowing intuitively that she must remember, reclaim, accept, and integrate some part of herself that she has repressed. Her descent is a profound instruction in how to prioritize our inner work to become whole and capable of living effectively and optimally in our external world. This balance is crucial to the relationality of unity consciousness. Notably, Inanna’s faith in herself fuels her ability to ascend and leave the place from which no one returns. However, she is forced to find a replacement to take her place. Through her choice, Inanna further establishes balance above and below by virtue of decreeing a fate wherein her beloved Dumuzi and his sister Gesthinanna will share the year in the underworld. As such, the year will be evenly split by the two equinoxes, ensuring equilibrium of the feminine and masculine.

We have just moved through the autumnal equinox in the northern hemisphere, a time of equal day and equal night. Celestially, this marked the two seasons of ancient Sumer and epitomizes the balance that is Inanna. It was in fact a time during which Inanna’s followers engaged in ritual celebration of her.

For me personally, the equinox this year was extremely special and abundant with the symbolism of balance that is Inanna. As I watched the equinox sun rise, a burnt orange and vibrant pink bursting through the darkening clouds of an impending thunderstorm, I was struck by the remarkable inversion of night into day that was unfolding. The flash of color as daybreak quickly became dark seemed to split the horizon before a rainless thunderstorm and streaks of lightening declared the moment. The equinox sunrise performed the symbolic balance and the integration of polarities. It felt as though Inanna was present—as if she was there orchestrating nature to remind us that the act of synthesis is the alchemy that enables us to create our own heaven on earth.

In terms of personal growth, Inanna demonstrates that our inner work begins with the willingness to investigate the self and open to the vulnerability of exploring our depths, akin to the great below of the underworld. Indeed, she reminds us of the need for the combined vulnerability and strength necessary for our evolution. 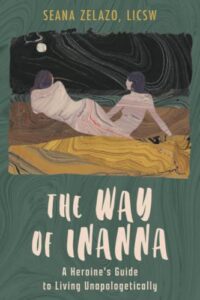 Inanna’s teaching of opening the heart to the self, demonstrates how to live love by integrating the shadow and the light, so we can reflect that balance as a new way forward, just like the equinox sun I witnessed rising into apparent night. Through our efforts to heal our own wounds, reclaim our truth and power, and transcend fear, we come into alignment, and we anchor a higher vibration onto the earth and within the collective. As captured in the mythology of Inanna, coming into balance, not only supports the whole, but is the very pathway that leads to our ascension.

Seana Zelazo, LICSW is an author, psychotherapist, intuitive channel, and spiritual coach. Her book, The Way of Inanna: A Heroine’s Guide to Living Unapologetically, is available from bookstores worldwide and at Amazon. Learn more at seanazelazo.com