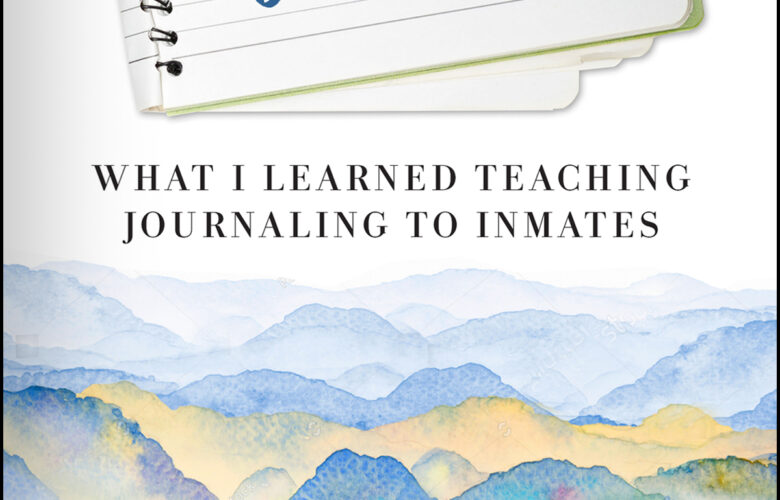 A Talk with Tina Welling, author of Tuesdays in Jail: What I Learned Teaching Journaling to Inmates

Tina Welling is the author of the novels Cowboys Never Cry, Fairy Tale Blues, and Crybaby Ranch, all published by Berkley/Penguin. She also wrote Writing Wild: Forming a Creative Partnership with Nature, as well as nonfiction that has appeared in national magazines and seven anthologies. The recipient of a Wyoming Arts Council writing fellowship, she has been conducting her Writing Wild workshops for ten years. She lives in Jackson, Wyoming. More information at www.TinaWelling.com.

Is it dangerous conducting a workshop with jail inmates?

The officers on duty in the jail make it safe for me.  The inmates and I can meet in two ways. One, we are locked into two separate rooms adjoined by a metal grate. Or if we altogether in one room, an armed guard is always present. The sergeant once told me the concern was that I could be taken hostage, however nothing of the sort has happened in the eleven years I’ve been conducting the weekly workshops. I’ve always felt at ease.

If the inmate is considered violent, they are confined in maximum security and I always them meet one at a time in the grated locked down room where there is no chance for any physical contact.

What made you think inmates would be interested in journaling?

Incarcerated men and women have little to with their time. They are alone with few distractions outside of meals and bed checks and so there is opportunity for one’s attention to go inward. Journaling is a wonderful tool for examining the inner life. Writing with pencil and paper engages the body, the mind, the emotions. Putting language to thoughts and feelings brings them from the unconscious where they can work us to our awareness where we can work with them. I’ve enjoyed witnessing men and women discover who they are and what they want in their lives through opening to the self-knowledge journaling can offer.

Is it true you’ve encountered a couple thousand inmates by now?

Going to the jail every Tuesday night for so many years, I’ve lost track of the numbers, but it is easily a couple thousand inmates that I’ve met with by now. Some of the men and women return more than once to jail, so over the years I’ve had some reunions.

It always makes us laugh how happy we are to see each other when the circumstances are so sad. But when you are put in jail and are surrounded by strangers it’s a welcome event to attend the workshop and see one familiar face. And for me, it’s always nice to learn that someone I knew and cared about was surviving. During the journaling workshop we become quite intimate in our talks about the inner life and so when an inmate and I met again after months or years, we feel an instant connection.

Is there any quality that all the inmates you’ve met have in common?

Pain. Every one of the inmates I’ve encountered is dealing with emotional pain.

Typically addiction plays a role in their being incarcerated. And addiction comes from a need to find release from painful emotions. So the journaling prompts I offer in our workshops are designed to help name those feelings and face them. We also discuss self-esteem and self-knowledge. Often an inmate carries a low opinion of themselves and has little awareness of who they really are when sober and alone. Incarceration is a chance to look deeply into one’s life, without the influence of drugs or alcohol. When all alone in a jail cell, a person can discover who they are when not defined by friends or work or reputation. Journaling is a wonderful tool for this exploration.

Do you have trouble meeting someone incarcerated for killing?

I interact with the person not the person’s actions. I’ve met with men who have killed. No matter the crime, the inmate is feeling pain. I address that pain. We talk about the hard stuff of life: the violence that the person experienced long before he began acting violent himself. There is usually a history of severe parental abuse. This abuse somehow makes the child feel shame as they are growing up. Then later guilt on top of that for their own abusive actions. It goes on and on, but can be healed by facing the misery instead of shoving it down inside them. Everyone wants to feel good about themselves.

This is the goal of the journaling workshop no matter the crime.

How do you manage your feelings in regard to certain crimes, such as child abuse?

Every time I read in the newspaper about crimes involving abuse and overpowering children or women or anyone weaker, I feel enraged. Really angry. Then when I meet the perpetrator in my workshop, the experience is completely clean of any harsh feelings. I continue to feel amazed at this. But all I know is that when I’m reading the news story, I’m relating to the action. And when I’m face to face with the person, I’m relating to a fellow human being. A being with misery in their lives.

The sad part is that others who read the news story do not get the chance to meet the human being behind it. They don’t realize, just as I often don’t at first, that this violence didn’t begin with the person now jailed.

Why do you say you and the inmates have a lot in common?

In the journaling workshops we discuss self-esteem, forgiveness, anger, self-knowledge, and much more. Every single topic is something I have struggled with in my life.

Just last night I met with Isaac who felt completely disregarded by his family. He worked two jobs to help out his mother and adult brothers and cousins. Whenever they asked for money, he gave it to them. He offered them his car and his phone. Yet they criticized him often. In his words, “Peck, peck peck at my heart.”

Last night he was choked up and fighting tears, because he had been in jail for four months and not one family member visited him. He felt abandoned. I’ve felt abandoned by people I love; we all have. But most of all I realized that I have more often abandoned myself. And last night I asked Isaac if perhaps he had abandoned himself when he was working such long hours to help others live their lives instead of living his own life. We discussed how easy it was to confuse generosity with giving ourselves over to others.

Yes, I have a lot in common with the inmates I meet with. I believe we all do and this is a message I would love for my book, Tuesdays in Jail to offer to readers.

What is the one change you’d like to make concerning regulations around incarceration?

County jails are often ignored institutions. In my town the jail is three blocks from the town square, but not too many people are aware of that. I would like for there to be more interaction between both the officers and inmates of the jail and the people in the community. If this happened, jail would more likely be a place that encouraged personal growth over punishment. If the people in a community were interacting with the inmates, giving their time and presence in the form of visits or classes, the atmosphere would lighten and offer hope rather than the apathy so prevalent in the jails. A more open attitude from a community would benefit the officers in detention centers as well. Their work is difficult and demoralizing.

When inmates are released, they often have nowhere to go. No home, no job, no funds, or social structure to help them. With many inmates the only people they can turn to are the ones that led to their incarceration: drinking friends, drug dealers. I’ve seen that happen before and heard the stories when the man or woman landed back in jail the following week. Acceptance by the community could ease this issue.

Does confinement as a punishment contribute to an inmate’s ability to join society?

The only benefit I see sometimes is that the solitude of being away from one’s usual friends, life situation, social expectations and such leads a person to go inward with one’s attention. But that doesn’t need to happen as a punishment. I would much rather see the issues that led to the arrest addressed. In most every case the core problem is addiction. So rehab situations are far more valuable to both the inmate and society.  And if rehabilitation needs to occur repeatedly, which it often does, then I would love to see that offered willingly as well. 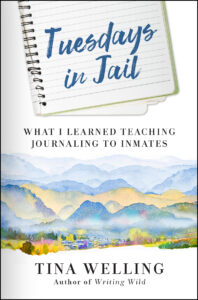 In my experience, inmates arrive with a sense of strong resistance, denial, and often blame for others in regard to being arrested. But that fades and within about two weeks, the man or woman has become sober perhaps for the first time in years and is beginning to remember themselves. Dreams, hopes, goals that were set aside for the need to survive the pain that drove them to addiction now has a chance to arise again. The person begins looking for ways to change and improve their lives. That’s when they come to the journaling workshop. And they would likely attend anything available to help them form their new intentions for life upon release. They want to know and understand themselves and what led to incarceration. They want to believe they have the personal power to leave jail stronger.

But when there are no avenues to improve themselves, hopelessness sets in, apathy takes over. Inmates sleep the day away, watch too much TV, count the days until they can get out and pick up their same old lives again.

So, no, it’s not confinement as punishment that serves anybody – the incarcerated or the society they return to.