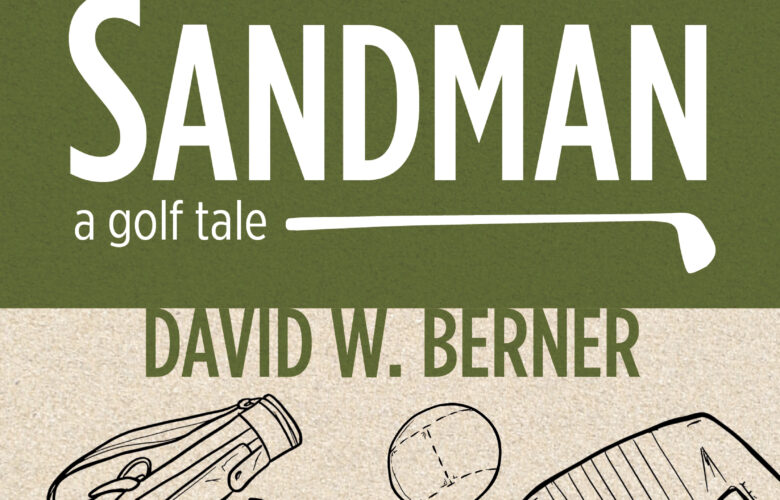 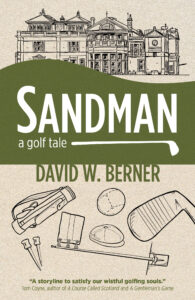 My father had a neat little trick.

I recall the first time he performed it for me. I was a boy, grade school age. Carrying two golf balls and a sand wedge, Dad marched me out to the backyard of our home.

“This is the hardest part,” he said, placing one of the balls in the grass then carefully trying to balance the second on the first. It took a couple of attempts, but he finally matched the balls’ dimples and had one sitting on top of the other.

“How did you do that?” I asked with surprise.

“Oh, that’s not the real trick,” he said, laughing.

My father then gripped the sand wedge and addressed the two balls. In a slow, steady motion he took a swing, struck the bottom ball, sending it about 20 yards forward, and forcing the top ball straight up into the air, high above his head. He stood below it and with a fluid, almost nonchalant motion, caught the ball in the chest pocket of his golf shirt.

I stood with my mouth open, my eyes wide.

Over and over, I would ask my father to show me that trick. One time, when I was a little older and he had performed it for what seemed the hundredth time, he took the ball from his pocket and looked at me with purpose. “You know, this is not really what golf is about,” he said. “It’s not about tricks and gimmicks.”

Looking back at that moment, I believe my father was trying to offer up his not yet fully formed thoughts on what golf was about for him.

“Golf is not really a game, you know,” he said, appearing to be mining his own thoughts. “It’s about controlling your emotions, about determination, and staying focused. It’s really about your mind. Understanding yourself. About nature and a good walk.”

I’m certain he wasn’t exactly sure what he was trying to tell me back then. I believe now my father was searching to find the right words to explain his own personal link to the ancient sport. I’m sure he was hoping I’d see the game’s relationship to mindfulness and the human spirit, but I’m also certain he didn’t truly understand what that meant at the time. There’s no question his heart was in it, trying his best to find a way to explain golf’s mysticism.

Over the years, there has been a great deal written about golf and its links to mindfulness. The Shivas Irons Society promotes the game as one that can transform and heal. I had this in mind when I began writing my novella Sandman: A Golf Tale, the story of a young golfer’s attempt to find his place in the world through the life of a homeless man, a man he never meets, but one he believes he is intimately connected to because of the man’s unique and magical connection to the game, and his unusual personal story with its profound lessons on consciousness, respect, and the human spirit. Jimmy, the homeless man portrayed in Sandman is loosely based on a real person, a man I often encountered at the course where I regularly play. It had been evident to me that he knew about golf’s deeper meaning, seeing it as something much more.

A few years before my father died, he was no longer performing his trick. Instead, I was the one who had taken to attempting it. There were many stabs at it without success. I couldn’t quite get the delicate precision or the slowness of mind it required.  Then one day while trying to perform the trick before my own two young sons, I was able to balance the two balls and take a careful swing. The first ball flew beyond me with grace, almost in slow motion, and the second climbed into the air, floating like a leaf in the wind. My golf shirt didn’t have a pocket, so instead, I caught the ball in the palm of my hand.

I smiled, thought for a moment, and said, “You want to try hitting some balls at the driving range?”

I don’t remember if we headed to the range that day or the next, but eventually we arrived there and hit ball after ball under a late-day sun. My sons are now 29 and older, and are not much into golf these days, certainly not like their father, but I believe they understood then and now what the game means to their dad, how it transcends sport, and how their father is a better man for it.

Sandman: A young boy is in love with the game of golf, but he doesn’t understand why. He has a natural talent and an enviable swing but playing the game well is not enough. There’s something missing.

When Jimmy, the homeless man who spends his days cheering on golfers from his usual sitting spot just off the 5th green at Old Elm Municipal Golf course goes missing, the young boy becomes curious. His quest uncovers Jimmy’s mysterious link to the Old Course in St. Andrews, Scotland and reveals a life in golf that not only fascinates but sends the boy on a personal journey to discover the magic of an ancient game and its deeper meaning for a young man doing his best to find his path in the world

Sandman by David W. Berner is available from Roundfire Books and from wherever books are sold.