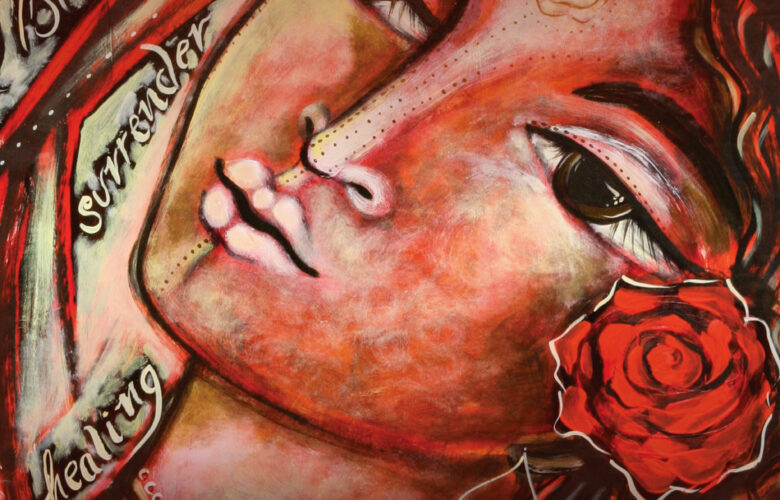 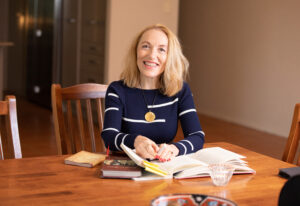 By Dr. Joanna Kujawa, author of The Other Goddess: Mary Magdalene and the Goddesses of Eros and Secret Knowledge

Dearest Friends, I spent last two decades exploring the Goddesses of Eros and Secret Knowledge that culminated in writing of The Other Goddess: Mary Magdalene and the Goddesses of Eros and Secret Knowledge which was just released.  I wanted to answer some burning questions such as:  Is there a lineage of goddesses that claims the evolutionary power of female sexuality? And if so, why were they pushed to the shadows and demeaned as harlots? Was Mary Magdalene one of them, and what were her teachings? These questions sent me on an exceptional journey to Paris, to Asia, Australia and to Jerusalem.  I studied Tantric texts with great Sanskrit scholars and Gnostic Gospels which portray Mary Magdalene – not as a prostitute – but as the favourite disciple of Jesus and as his beloved.

I invite you to join me on this adventure and read the opening lines of Part 2 of The Other Goddess: Mary Magdalene and the Goddesses of Eros and Secret Knowledge:

While I was exploring the Goddesses of Eros, my life took an unexpected turn. This does not surprise me, as the Goddess Herself in her most ancient representations is depicted as a spiral. Nothing is incidental and everything eventually comes together to uncover the truth about our origins and our ultimate belonging. This is our collective journey. But a collective journey can’t happen without the personal journey, and I am convinced that it is the total sum of our personal journeys that will eventually come together like a beautiful mosaic to teach us about ourselves and our origin and ending.

There are times in our lives that carry seminal crossing points for us and often these are the times that challenge us the most. Externally, I was looking for academic jobs, as I had just finished my PhD and was desperate for an income. Internally, I was going in the opposite direction, even if I did not know which way that was. It is in such times that the doors of perception widen for us as portals to other, more evolved, more soul-directed versions of ourselves. And this is when change enters. This is when awareness grows. This is when the secret calling of our soul opens up that other side of the fork in the road. Things, people, jobs and aspirations shift, as if they have been removed from one stage of our life by an unknown hand and we are pushed by some inexplicable desire that has been slowly building up in us to walk the unknown path ahead of us to a new stage, a new role to play. In truth, my explorations of the Goddesses of Eros have never been separate from my explorations of the Goddesses of Secret Knowledge. They have followed each other in spiral twists of coincidences and synchronicities that I could not predict. For example, just as I began to believe that I had found answers to all of my questions, new questions appeared and there developed a sense that my exploration of the Goddess of Eros was incomplete.

Intuitively, I knew this was correct, if there is such thing, but I began to feel that there was so much more to the Goddesses of Eros and that they carried a secret message for us––a message hidden in ancient stories and myths. It was at this time I met an adventurer at a friend’s place who offered to take me to Jerusalem as a hired pen to write a book about his discoveries there. Suddenly, unexpectedly, the seductive desire for a new adventure filled with the stories of great mysteries was born— and it didn’t hurt that he was tall, intriguing, eagle-like and, like me, had a complicated romantic past. So I said, ‘Yes!’ A few weeks after this meeting, I found myself at the Russian Orthodox Church of Mary Magdalene on the Mount of Olives, where the adventurer had brought me on the third day of our trip. He was talking in whispers to some nuns who were all dressed in black, moving around quietly, stopping now and then to light tall, thin candles as they answered his questions.

I was sitting in front of the side altar, fascinated by a painting of Mary Magdalene showing her holding an egg in her outstretched hand. Her demeanor was serious and confident––a very different representation to that of Mary Magdalene as a penitent prostitute at the feet of Jesus, a depiction I had seen throughout my childhood. In this painting she was in control. In this painting she was depicted explaining a great mystery to a figure of authority. In this painting she had some message for us which I wanted to understand. According to traditional sources, after the crucifixion, Mary Magdalene went to Rome to see Emperor Tiberius to seek either punishment for Pontius Pilate, who was blamed for Jesus’ death sentence, or to explain the mystery of the resurrection to the emperor. The first version of the story is doubtful for many reasons, one being that after the crucifixion all of Jesus’ disciples feared for their lives and went into hiding. No one would have voluntarily Unformatted ARC – For Review Only presented themselves to the imperial powers. Another reason is that, theologically speaking, Jesus knew his fate as a part of his mission. The second explanation makes much more sense to me. If the story is true, the emperor may have been interested in the concept of immortality and could have indulged in seeing someone who claimed to have witnessed this. All kings, pharaohs and emperors were obsessed with the possibility of eternal life and often proclaimed themselves to be immortal gods, especially in Egypt and Rome. In the medieval version of the legend, Emperor Tiberius laughed at Mary Magdalene’s testimony, saying that the resurrection was as likely as the egg in her hand turning red. At that moment, the egg in Mary Magdalene’s hand turned red. Boom! A miracle. Except that this makes no sense. Why on earth would Mary Magdalene have carried an egg to an important audience with the emperor? So that it would later turn red?

Even though I knew of the legend, I believed this was the figment of medieval imagination. Yet legends and myths have some truth in them, as the author and teacher Joseph Campbell has taught us. Sometimes sages and messengers pass on to us a hidden truth and we interpret this at the level of our current ability to understand. I hope I am not being terribly presumptuous here in claiming that the level of medieval interpretation was generally not high and was dominated by old dogma. But we do not have to be dominated either by dogma or medieval imagination. We can seek new and deeper interpretations and decode mysteries that were always meant for us to discover.

What attracted my attention in the painting was the deeper idea behind the legend, the idea that Mary Magdalene had a message for us that involves a mystery, a secret connection between Eros and the portals between life and death—the idea that she was, indeed, a carrier of secret knowledge or teachings for those who had ears to hear and eyes to see. The notion that perhaps the egg was not an egg at all, or that it was meant to symbolize something much deeper than the medieval mind could perceive—that perhaps she went to see the emperor because she knew through experience she had the knowledge and methodology to prove her point. Sitting in the first row of wooden benches in the Church of Mary Magdalene on the Mount of Olives in Jerusalem, it dawned on me that, even according to the medieval interpretation, Mary Magdalene held a great mystery in her hand and was there to explain something we were meant to know—a gift of a sort that she wanted to pass on to us. At that moment, in front of the painting of her, my detective work on Mary Magdalene as a carrier of a secret knowledge began. This was followed soon by the realization she was not alone in this role.

To share this adventure with me, I offer you of The Other Goddess: Mary Magdalene and the Goddesses of Eros and Secret Knowledge: amzn.to/3KsQmB1

You can also stay in touch via: Dr Joanna Kujawa | Facebook