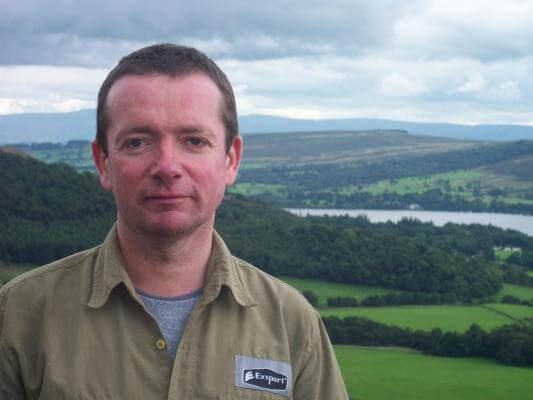 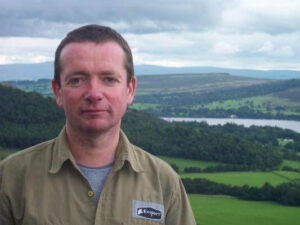 Q. What did you learn about the puzzling question as to why God doesn’t prevent natural disasters?

A. That just as you cannot shine a lantern without casting a shadow, the material world has interdependent positives and negatives that make SOME suffering and pain inevitable. That does not make God negligent or uncaring.

Q. In your quest, were there any insights from atheists?

A. Yes. I interviewed Richard Dawkins, the high priest of atheism and author of

“The God Delusion”. Even he conceded that he could conceive of some kind of creator..

“The kind of God that I would respect people for believing in would be the kind of God …who – who set the universe up in the first place, who set up the laws of physics, perhaps in such a way that it would be likely to bring the conditions for evolution into existence.”

Q. How can faith survive when natural disasters hit, but also wars, famine, poverty and other man-made fiascos?

A. Wars, famine and poverty are ultimately down to humans to resolve and it is a matter of using our freedom more responsibly. We cannot blame God for genocide and cruelty when it is humanity’s fault. Natural disasters are another matter….but I would argue that they are part and parcel of processes in a world in which pluses and minuses are inextricably intertwined.

Q. What surprised you the most when you interviewed survivors of the tsunami in Southeast Asia?

A. The resolve and strength of the people in Sumatra, Indonesia. It was near impossible to find anyone who questioned God’s goodness among a population that had lost more than 100,000 inhabitants.

Q. Beyond religion, are there cultural differences in how people in Asia contend with natural disasters as opposed to the West?

A. Karma is the big difference in the East/West divide. The word means “action” but there is a sense in which whatever happens in the world is a (deserved) consequence of something that happened previously. In the West we can simply assert that “you were in the wrong place at the wrong time” but in the Eastern mindset, this would not be acceptable. Everything happens for a reason as a consequence of past actions.

Q. Is there a great difference in how people, affected by the tsunami, reacted according to their religious beliefs?

A. In Indonesia, there was great Islamic stress on the power and unknowability of God’s ways; almost a sense that to even question God was irreverent. In India, a more strong sense of resignation that there is an acceptance of life’s ups and downs and that life and death are part of a natural recurring cycle.

Q. Do the people of Southeast Asia have a better relationship with death than the West?

A. In general terms, I would say “yes.” People are more content to see and touch bodies of the deceased and I would say grief and emotions of loss are expressed more openly without any sense of shame or self-consciousness.

Q. How was your faith affected by writing your book?

A. It made me dig deeper for more satisfactory explanations for the existence of suffering in the world. The traditional offerings: divine punishment for sin, the result of Adam and Eve’s “Fall” and God “using” suffering to enhance our character were all clearly unconvincing and unsatisfactory. It also made me dwell more deeply on the significance of “Incarnation”…God taking on human form and going through the whole process of death and new life himself, to show us that mortality may NOT necessarily be the final word.

Q. Is spirituality integral to the human race especially after natural disasters?

A. Humanity is religious. Full stop. The reported ”death of God” is much exaggerated. The fact is that outside western Europe and parts of the secular USA, faith is on the rise and the vast majority of the human race professes some sort of religious creed or belief. In times of intense suffering such as tsunamis, earthquakes or hurricanes, it is hardly surprising that people resort to prayer and place their existences in a wider perspective.

Q. How were people able to cope with the loss of their loved ones after the 2004 tsunami?

A. By accepting the help of others and by digging deep and finding the inner strength to accept that they still had lives worth living and that there was much good they could do as they still had the gift of life themselves.

Q. What made you decide to focus on this disaster almost 20 years later?

A. We had made the film “Tsunami: Where Was God?” but in attempting some tentative answers to that question in the 2005 documentary, I had a nagging feeling that there was more to be said. A lot of that “new thinking” is contained in the final sixth chapter.

Q. What could someone get out of your book who’s not religious?

A . You do not have to be at all religious to be interested in religion! This book of exploration would give major insights into why religious faith can be both a blessing ( a resource of inner strength) and a curse (exploited by religious zealots and fundamentalists to further their own narrow, excluding agendas and inculcate a sense of blame and scapegoat people.) And above all, the book contains tales of amazing human fortitude, generosity and self-giving.

Q. Your book is titled My Tsunami Journey.  Why is that?

A. Well it is a first hand account of the person that undertook that trip out East to talk to survivors. The journey was, yes, a physical journey across continents in time and space, but also because of my own vexed and troubled relationship with God over the place of suffering in the world, the journey is also theological and spiritual ….and very personal. 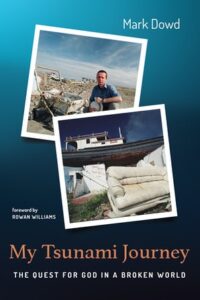 Q. On another personal note, what inspired you to write Queer and Catholic:  A Life of Contradiction and what do you want readers to get out of this book?

A. I wanted to show that it was possible to be a self-accepting gay man in the Roman Catholic Church and that one did not have to choose between one’s faith – a gift – and also one’s sexuality…also….a gift!

Q. Considering the Catholic church’s view on homosexuality, what made you decide to become a Dominican friar and why did you give it up?

A. I became a friar as I thought I had a vocation to the (celibate) priesthood in trying to grapple with big questions around faith and belief such as the one over a loving God and suffering and also why, if there was one God, were there so many different faiths. Many young people struggle with these questions and I wanted to engage with them and then share my finding with people.

After two years in training, I fell very deeply in love with another man (ironically another former Dominican friar!) and I had to make a choice. Leaving was the right thing. But as this book proves, the question about God and God’s role in the world has ended up being a lifelong vocation.