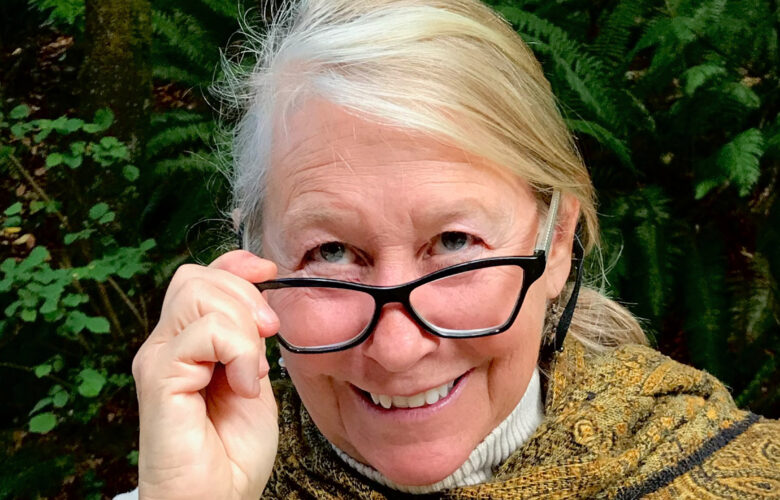 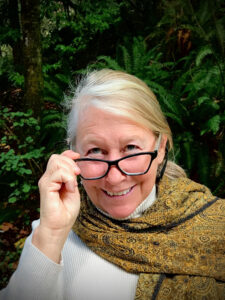 Hope for a Peaceful, Just, Verdant Future by G.G. Kellner

Author of Hope, A History of the Future

One often hears these days that the global climate crisis poses an “existential” threat.  A few years ago, I got to wondering what exactly does “existential” mean?  My American Heritage Dictionary hadn’t gotten much use since the arrival of the internet, but I opened it up to look.  One of the pleasures of an old-fashioned dictionary, with pages, is you get to see what comes before and what comes after the intended target word. I turned a few dusty pages of the 7-pound book. Running my finger down the list:

I was getting close.

Followed not much farther down the page by “extinguish.”

I leaned close, reading through the dust stirred up around the page, visible in the afternoon light streaming in my window.

Relating to existence. Concerned with existence, especially human existence as viewed in the theories of existentialism.  Affirming or implying the existence of a thing.

Hmmm . . . so the very existence of something (such as humans, is in question?) That got my attention. I read a little further:

“The philosophy that emphasizes freedom of choice and responsibility for the consequences of one’s actions.”

“Responsible for the consequences of one’s own actions,” reminded me of a conversation with a Buddhist teacher I know. He defined karma as an opportunity to take responsibility for problems resulting from past actions, not just personally but the actions of society. It got me thinking.

Earlier, my attention had been grabbed by the thoughts of a 12-year-old student of mine when she said, “Maybe the world would be better off without us?” She was too young for normal teenage angst. I realized she was not alone in her concern. Other students had begun to express similar ideas, and fear about the future of the world. I was beginning to regularly encounter this sentiment in my classroom.

Seeing the state of the world and the growing sense of hopelessness, in both my students and my own adult children as they talked about the future of the planet, deeply touched me. I began to believe the world needed a story of both hope and possibility out of the many calamities we face. I began to feel responsible to write just such a story.

I decided to quit my teaching job. I broke into my tiny retirement account. Moved to a remote cabin (with only an outhouse and a wood stove) and set to work writing Hope, A History of the Future. It is a story of both hope and possibility for the future of the planet. And an honest look at the possible reality of the global climate crisis if it continues to go unchecked.

I spent four years writing a future world into existence. A world based in science and historical precedence. Hope, A History of the Future points the way to a planet ruled not by greed but by love–– a world where compassion reigns. A world that grows back green. Near extinct species begin to thrive. A world where humans learn the difference between a want and a need. Nature is given rights encoded into the governance of our shared planet.

Hope, A History of the Future carries the reader over the horizon of catastrophe to a peaceful, just, verdant society that could arise out of today’s many world crises. The reader gets to peek at a world where everyone worships (or not) together. A world where religious wars and intolerance are a thing of the past. A world celebrating 100 Years of Peace.

When I told a friend about my book he instantly said, “So, it’s a work of fiction right?” 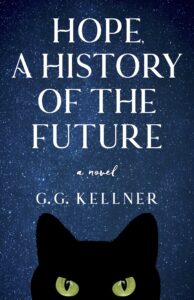 I laughed along with him. I understand how difficult it is to imagine such a world. But Hope, A History of the Future crosses the fact/ fiction divide. Readers are provided in the back of the book with the actual historical documents that support the rise of just such a world. Including the Treaty for the Renunciation of War signed by nearly all the world’s powers. The United Nations’ Declaration of Human Rights, and The Parliament of the World’s Religions’ Declaration of a Global Ethic, updated in 2018 to include A Commitment to a Culture of Sustainability and Care for the Earth. These documents are wrapped into the story of a world that we could collectively create now or in the future.

This book is for the hopeful among us, fearless enough to “Look Up.” It is a journey into the future that asks the reader to grapple with questions of responsibility, destiny, and hope.

I pick up my old dictionary again and look up “hope.”

There it is between “hop” and “hopeful”:

“The desire and search for a future good, difficult but not impossible to attain.”

G.G. Kellner Author of Hope, A History of the Future